You are using an outdated browser. Please upgrade your browser to improve your experience.
by Christine Chan
February 17, 2017 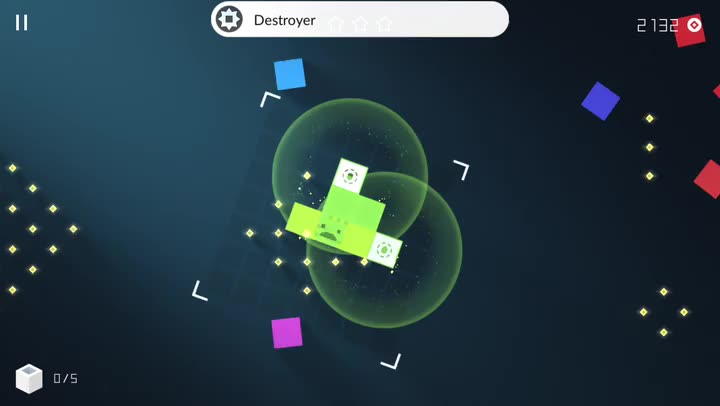 Evergrow ($2.99) by Imagility S.L. is a physics-based arcade game that is about survival and growth. If you liked games such as Tilt to Live 2: Redonkulous and Smash Hit, then there’s a good chance that you will enjoy what Evergrow brings to the table in terms of gameplay.

Life has been pretty hectic for me lately, with a lot going on in the world’s current events as well as my personal life, so I like to take a breather from reality by playing games these days. While I’ve been on my PlayStation 4 much more lately, I still like to check out what is new in the world of mobile gaming, especially when it comes to my favorite genres. Usually I like to relax with a stimulating puzzle game, but every now and then I like to give myself a challenge in the form of a survival arcade game, especially when there are cute things involved. So when I stumbled on Evergrow as it is being featured on the App Store this week, I knew that this was a game that I had to check out for myself. Needless to say, I’m not disappointed with this fantastic gem. 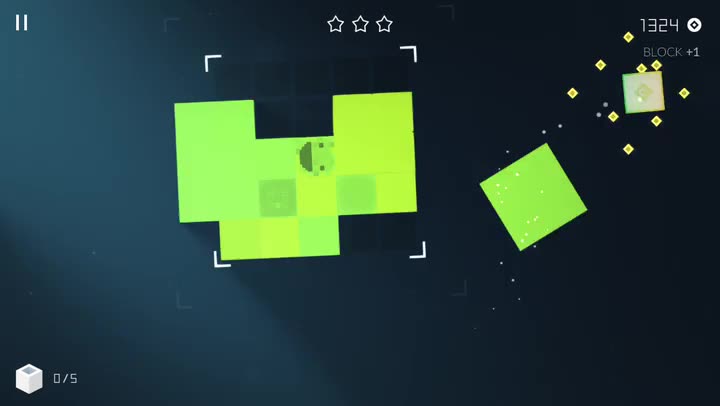 In terms of graphics, Evergrow features a wonderfully minimalistic aesthetic that is downright gorgeous. The game consists mostly of basic geometric shapes that are set against a colored background, but thanks to dynamic lighting effects, everything appears with a layer of depth to it because of the shadows and vignette effect around the screen edges. Evergrow makes use of a wide color palette that includes darker, more muted tones to bright and vibrant hues that contrast nicely with the dark backgrounds, and the colors you see depend on how far you get in the game.

Animations in Evergrow are smooth and fluid, so there was zero lag on my iPhone 7. And your Chromaroid (the cute life form that you grow) has the cutest facial expressions that reflect what is happening in the game — smiles when it grows and sad frowns when it gets hurt. Seriously, if you like adorable and endearing characters in games, then Evergrow is right up your alley. The game also features a soothing and ambient soundtrack that is immersive and engaging, and the sound effects are delightful. If you have a good pair of earbuds or headphones, then you’ll want to make sure you put them to use when playing this game. Imagility may be a new developer on the block, but they hit a home run with Evergrow’s visuals and music.

While Evergrow is a game about survival, it’s not infinite. Instead, it’s level-based with linear progression, so players must go through each stage one-by-one and acquire power-ups and new items in chronological order. The game also has a tutorial that explains the basics of the gameplay well, and new game elements are introduced with a clear and thorough explanation. No matter if you’re a veteran or casual gamer, no one will be lost in Evergrow. The game contains 40 stages, and each level has three objectives that you’ll want to strive for if you want to earn three stars (one star for each completed goal). But the main target for the game is to help your Chromaroid grow big enough to fill the designated area that is indicated on the screen with the white markings, which expand twice once the previous threshold is reached.

While there is no time limit, the game also throws obstacles at you, such as wrong-colored blocks and even bombs, so you have to watch out for those as they damage your Chromaroid. There are also power-up blocks that can help you out as well, and items later on. 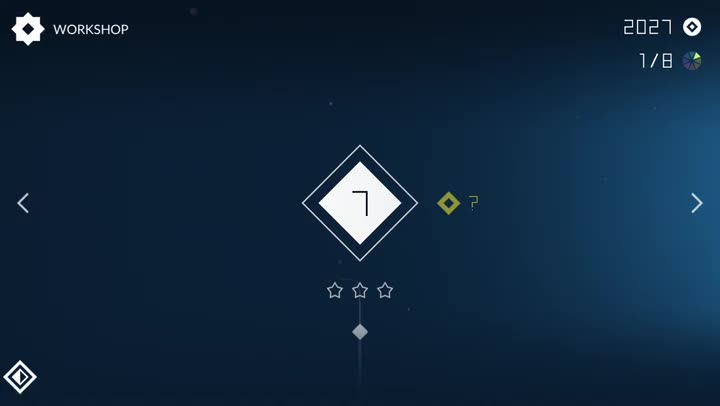 The game’s physics engine is fairly realistic, so the bouncing effect when blocks are being dragged and reach your Chromaroid are fun to watch, plus the stretchy trail that guides the block is a nice touch. Different types of power-up blocks are introduced as you go, such as the wildcard block (can be any color), grow block (fills in your Chromaroid to help it grow faster), shields, coin magnets, and more. These activate as soon as they snap into place on your Chromaroid. If you have an iPhone 7 or 7 Plus, Imagility packed in quite a bit of haptic feedback, which I found to be lovely. There is also full 3D Touch support for iPhone 6s and 6s Plus and later.

Eventually, you will obtain the Dimensional Bucket item, which is a key part of the game. The Bucket allows players to store blocks to use later in the game, and you can even purchase power-up blocks in the shop to use in the Bucket. There are also upgrades available that you can purchase with the coins that your Chromaroid manages to collect while growing and surviving in the game, so it’s important to grab them when you can by having your Chromaroid move towards them through the game’s physics engine.

I’m still pretty early on in Evergrow, but I have found the game’s original gameplay mechanic to be rather challenging yet fun at the same time. It’s not your typical arcade game, and the Chromaroid is just oozing with personality and charm. The minimalist visuals are beautiful, the audio is amazing, and the controls feel natural and are intuitively designed for multitouch screens. While things start out simple enough, the game’s difficultly level gradually picks up as you go, but you’ll never feel overwhelmed because everything is explained along the way. All-in-all, Evergrow is a wonderfully cute arcade game that deserves a spot on your iOS device.

I highly recommend grabbing Evergrow if you’re a fan of cute things and want a fun little arcade game. Evergrow is on the App Store as a universal download for your iPhone and iPad for just $2.99. There are no in-app purchases, and the developers have included a fun iMessage sticker pack. 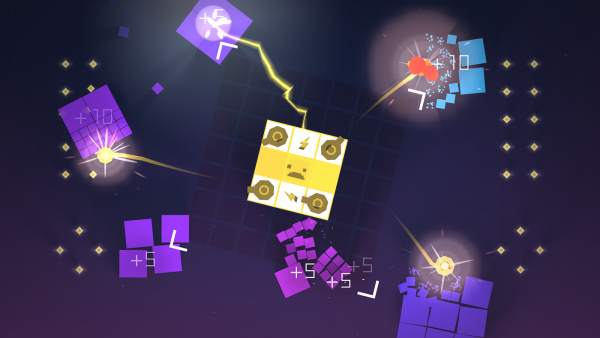 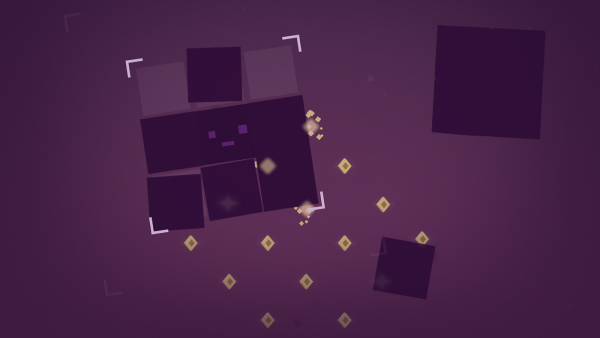 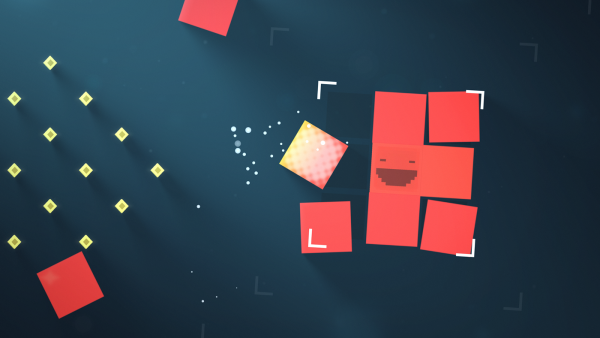 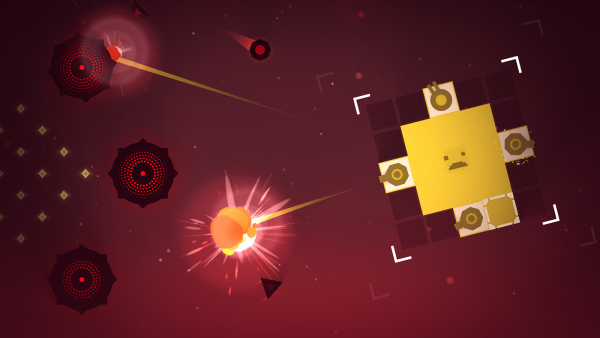 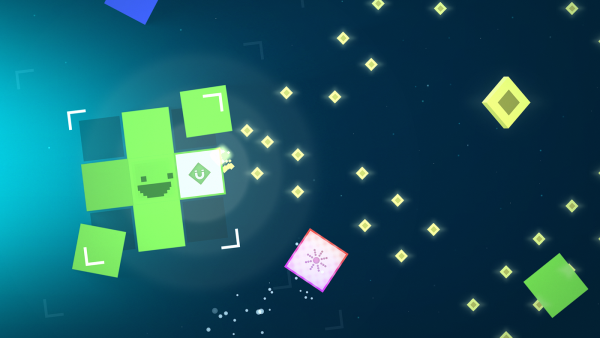 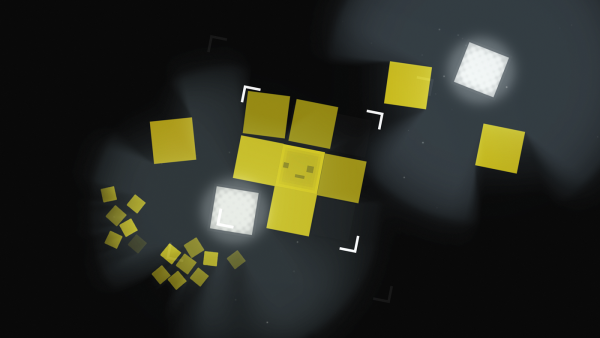