You are using an outdated browser. Please upgrade your browser to improve your experience.
by Daniel Celeste
April 29, 2014 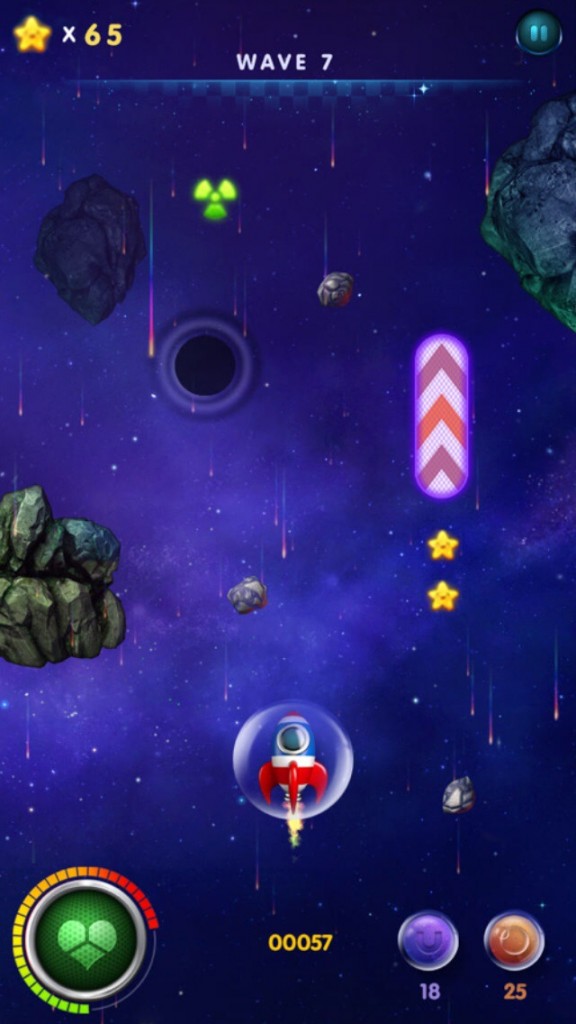 Dronius ($0.99) by Svyatoslav Belmeha is an endless arcade game where a little drone is the only survivor after a heated interplanetary war. This little drone is looking for some form of life as it embarks on a mission from the Sun to Pluto, and along the way, it's your job to help it along its path that is ridden with obstacles. In Dronius, what looks like a simple, endless game becomes surprising and challenging because it's actually played in three dimensions. 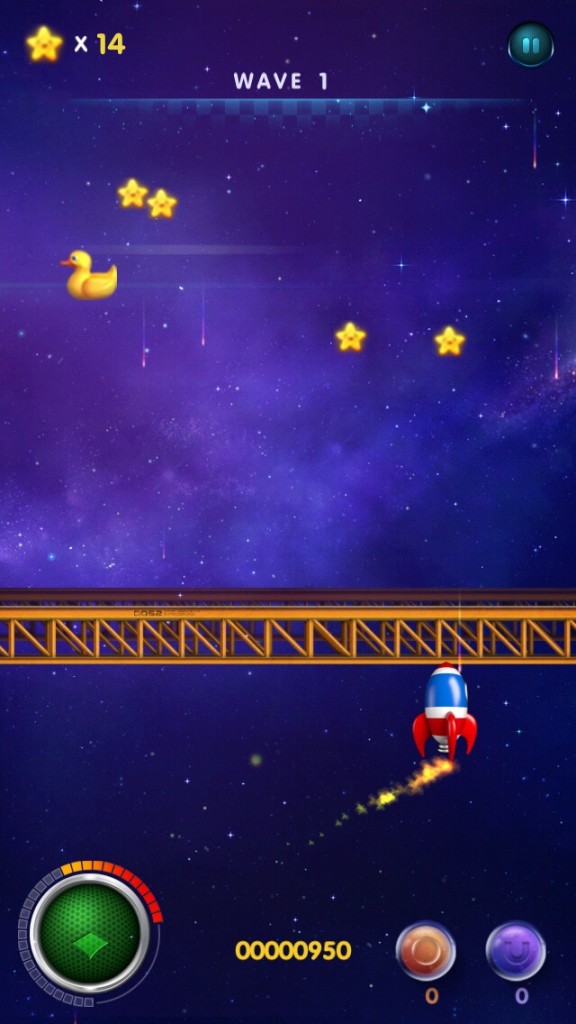 The first things you'll notice when having a go at Dronius are the beautiful graphics and sounds. Everything is 3-D, luscious-looking, and very responsive — not to mention having great sounds and music to boot.

In the game itself, your drone remains within a fixed row at the bottom of the screen as the rest of space moves around you. You can tilt your iPhone to move it left or right, avoiding the obstacles, like meteors and metal beams, and collecting what you need to collect, like stars, ducks, and fuel. Running into an obstacle will cause you to lose one of three lives, and believe it or not, you can lose all of them quickly if you're not careful.

Not only are the tilt controls sensitive and slightly delayed (as you would expect them to be when driving a space ship), but some obstacles like those metal beams take up the entire width of the screen, so you can't just steer around them. These require tapping to jump, which will then cause your little drone to jump out of the screen toward you in order to get over the beam. It may sound confusing, but believe me when I say that it's quite an art to master. With moving forward, jumping outward, and tilting left and right, it quickly becomes easy to forget what is up and down or left and right — just like how it should be in space.

Along your journey, you'll also want to gather stars to spend in the Cosmoshop toward power-ups like magnets that attract everything or bubbles that will shield you. Also, be sure to gather the fuel that is dispersed across your journey by collecting the green radioactive symbols, or your drone will not be able to continue. Finally, success in the game is measured by high score, and points are earned as you fly through space and by hitting bonus rubber ducks. It all makes a lot of sense, right? 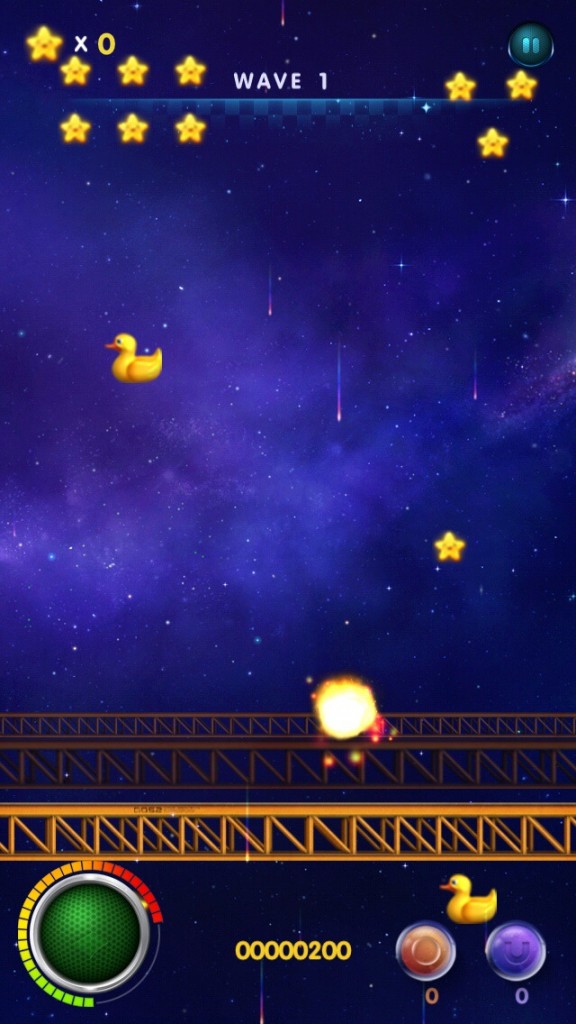 When it comes to Dronius, what looks like an average arcade game is actually a challenging adventure that is highly polished. Everything looks and feels fantastic, and the gameplay itself is unique enough that it will make you want to keep playing. To take a brief moment to escape from the world, you can find Dronius for $0.99 on the App Sore. 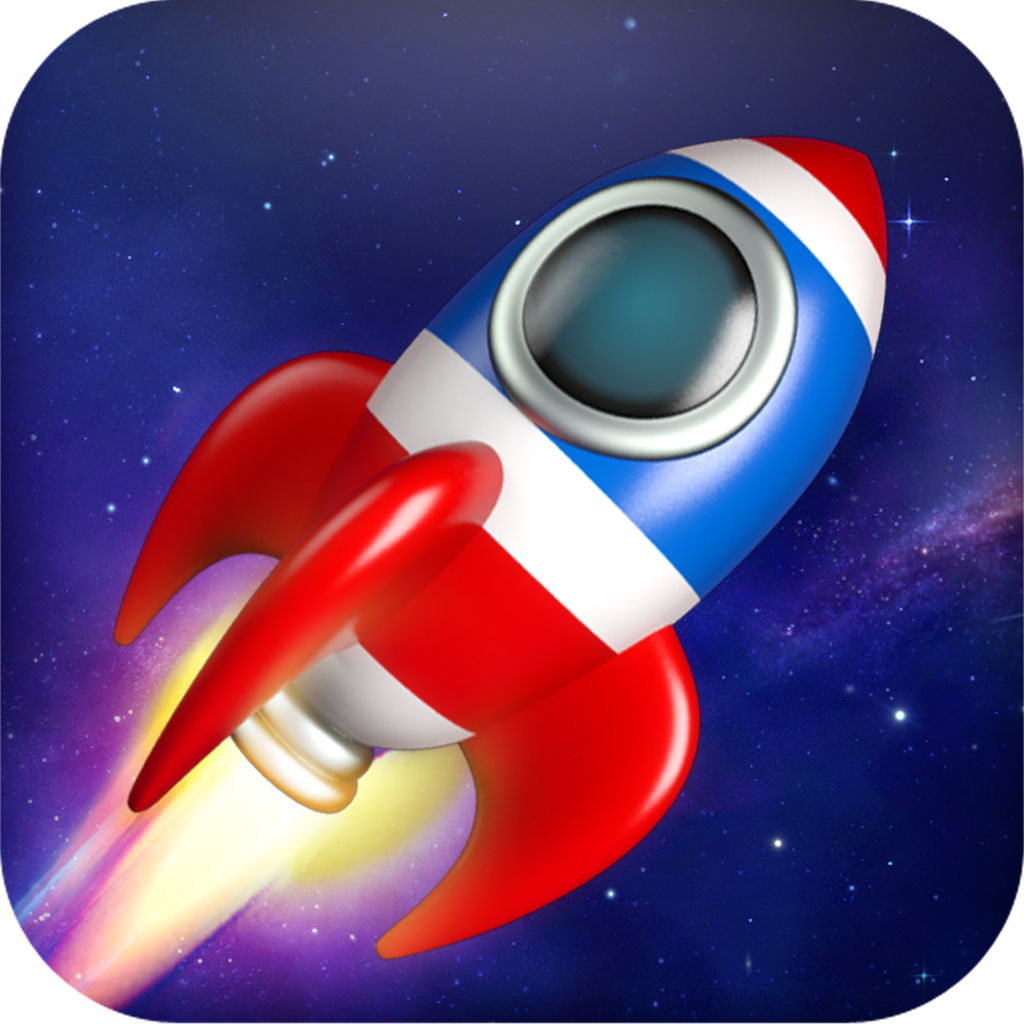 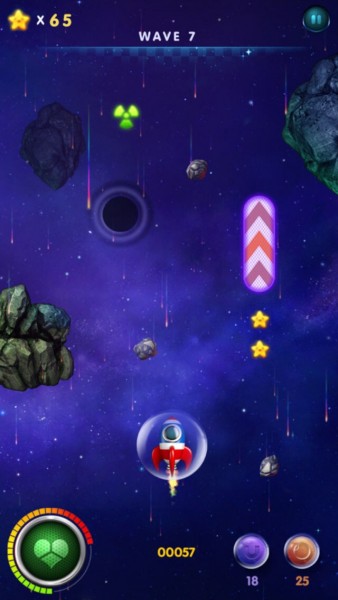 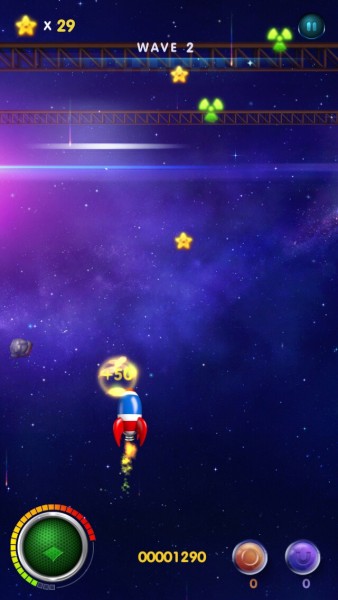 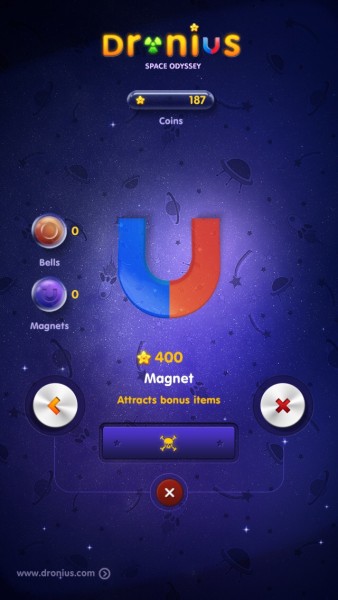 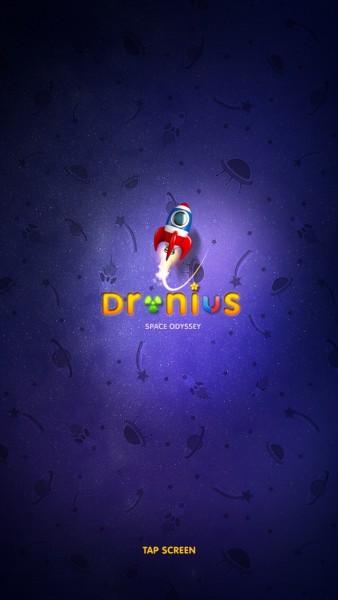 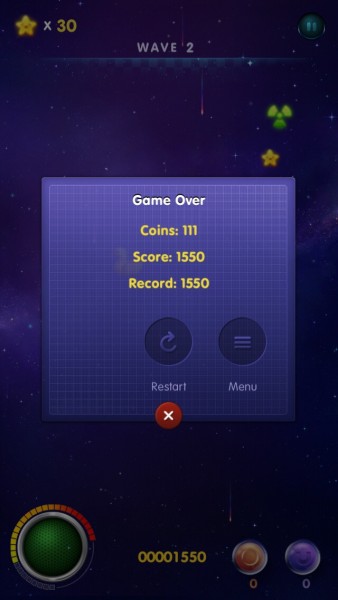 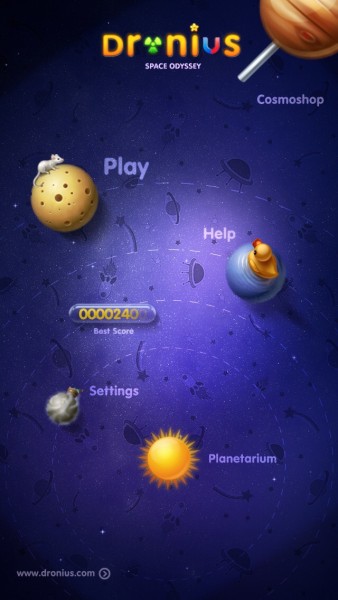 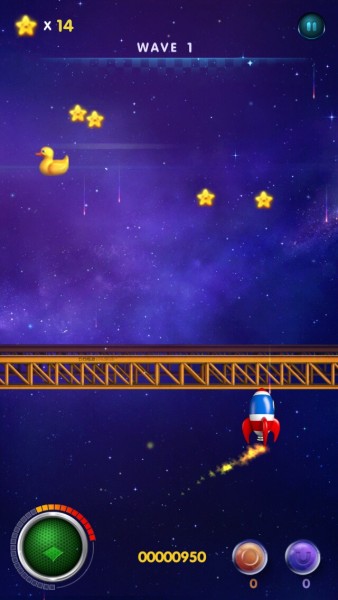 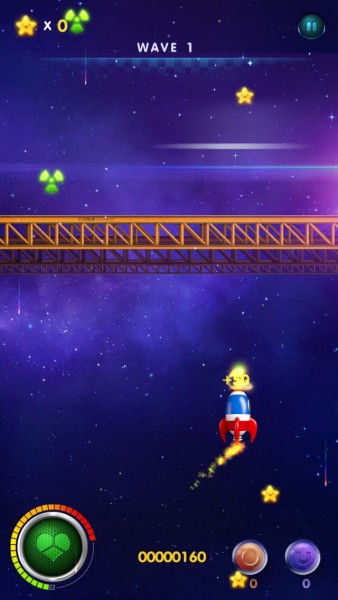 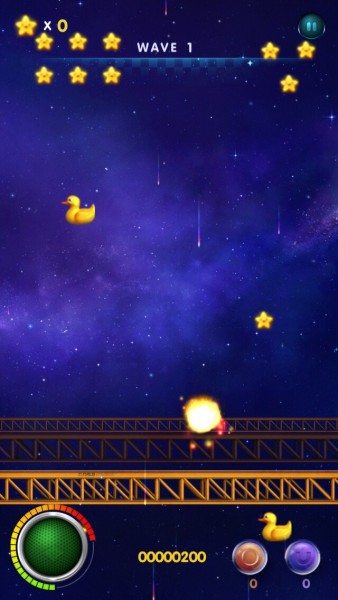