You are using an outdated browser. Please upgrade your browser to improve your experience.
by Christine Chan
November 25, 2013 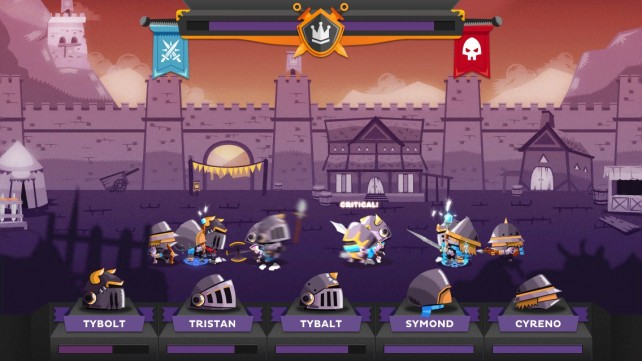 King's League: Odyssey ($2.99) by Gamenauts is an addictive strategy game with a dash of management that will keep you coming back for more.

Usually these days, when I think of management games, I can’t help but think of stuff like Kairosoft and Nimblebit. But neither of those have made a game that really requires strategy and planning, so I was fortunate enough to find King’s League: Odyssey in the App Store. This is basically the perfect mix of both strategy and management into one game, and I have already spent an entire hour this morning playing this non-stop. Believe me, once you really get things started in this, you will also find it hard to put down.

The graphics in this game are fantastic. I did not play the original game, which is a Flash-based game on Kongregate, but it is a straight port on to iOS, and it’s pretty perfect. The visuals are sharp, crisp, colorful, vivid, and incredibly detailed from the world map down to the clashes between teams. The game menus themselves are also quite easy to navigate through, and the music will make you feel like you’re really back in medieval times. 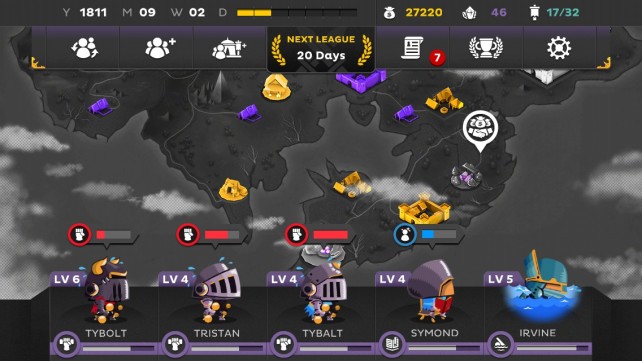 There aren’t really any controls in the game, per say, besides a lot of tapping around. You will start out by naming your team, choosing an emblem for them, and start your conquest to be the best team in the King’s League. You can also choose between Normal, Hard, and Insane difficulties, though keep in mind that you can’t change it later on. However, there are three empty save slots, so you can try a game for each difficulty if you please (some dungeons are only available in Insane, etc.)

Things start out pretty slowly, as you only have one person on your team. Once you get some cash, you can begin looking for and recruiting other units from various areas, such as the Village, Forest, Mountain, or City. These searches will take a few days to complete, depending on the area you are recruiting from. Of course, you will also get better units from more dangerous terrain as well. When the results come back, you can choose from several units, and pay another fee to add them to your team or roster. You can only have three in the beginning, but you can pay to unlock up to five total slots for the current team.

Players can see the days going by via the status bar at the top. The countdown is for the number of days until the next league tournament battle, where you must face off against other clans to see who is the best in the land. While you wait for that day to come, there are a lot of things you can do to strengthen your team as well as earn cash and crystals (needed for leveling up and unlocking class-based skills).

The most important thing to do is train your units. In order to do this, just tap on their portrait at the bottom and you can see their stats. You have several training points (TP) to spend on various activities, which will increase their strength, stamina (health), intelligence, and movement. Each of these activities will take a few days to complete, so you need to time the training well with your battles and other activities.

Eventually, you’ll open up the quest log, which will be filled with things to do while you train and prepare for the league battles. The difficulty on these will vary, and you can see the rewards that you will earn if you are successful. If you’re defeated, you can just train up a bit and try again later. You will open up various dungeons on the map as well, which will be split up into about three battles for you to face, with an epic boss in the final stage. These will also earn you gold and precious crystals. 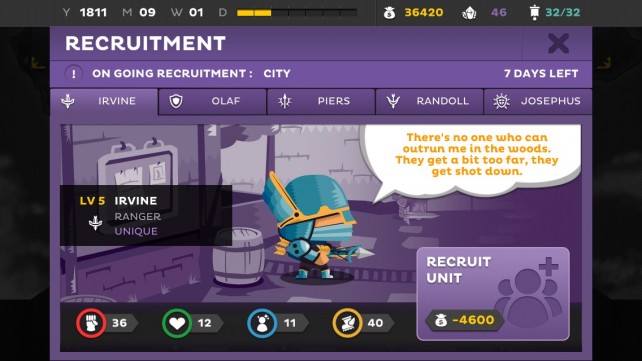 Another thing that you need to do to get maximum rewards from the league battles is to conquer nearby territories. The unclaimed territories will be gold, and you just have to tap on them to see the battle difficulty and pay the fees to claim it. If you’re successful, then the spot will become purple, and you will have expanded your reign. Once you claim a spot, it also has the chance to be attacked, requiring you to go back to it and fight for it within 30 days, or else it is surrendered.

No matter if you are in a league battle, dungeon, doing a quest, or conquering new territory, the battles all have the same design. You have your units on the left side of the screen, and the opposing team on the right. They will all automatically attack until one team is left standing. I was a bit disappointed that I can’t control the actions of my team here, but in the end, it works. This is a good way to see if you are distributing the training in the right areas as a good commander.

As you play, you will find that you will need to upgrade facilities in order to open up more options when it comes to recruiting, quests, and class skills. You can upgrade the facilities by going to the menu for them, and choosing which one you want to upgrade. The upgrade will cost money, of course, but the game opens up so much more when you do upgrade these. And it also makes the money intake a lot easier. Classes will have tiers of passive skills to unlock (with the crystals), which you can choose on each tier to better improve your battles. The Quests will open up more factions that have tasks for you to do, so you end up with a lot more things to do while waiting for the league.

Leveling up your characters is a bit weird, since you don’t get experience points from battle. Instead, you will need to upgrade the level of each character manually with the required amount of crystals, and once they reach a certain level, you can even upgrade their class. There are a total of 46 unique classes with two advancement tiers. Sometimes, after completing a dungeon or battle, you will get notices on the map about unique characters who will want to join you. To obtain these unique characters, you will need to put out a recruitment search in the specified area. Unique characters are a lot more powerful than regular units, so it’s good to get as many of them as you can.

I’m really enjoying King’s League: Odyssey so far, and it has to be one of my favorite games as of late. It’s insanely addictive, requires a lot of strategizing and planning, and is quite a challenge. It also contains just the right amount of micromanagement without being to overbearing on the player.

I highly recommend checking out King’s League: Odyssey if you are a fan of strategy management games. It’s available in the App Store as a universal app for $2.99. 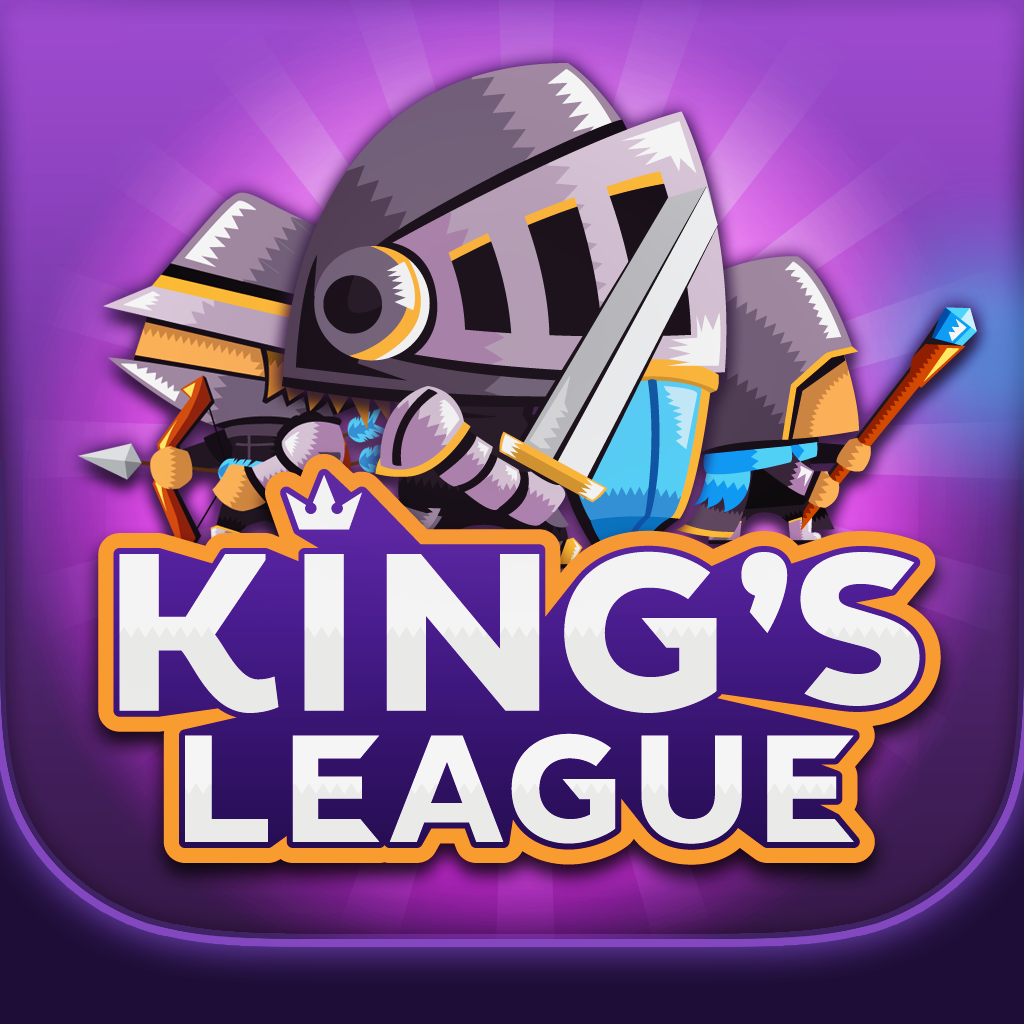 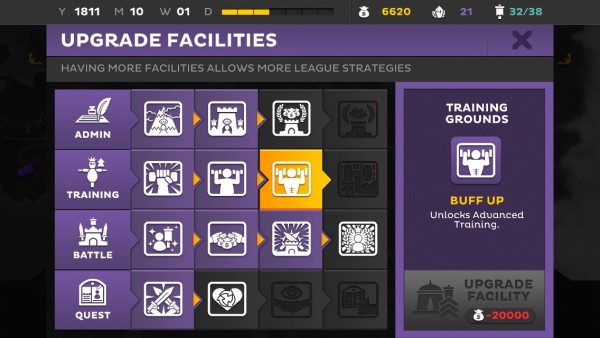 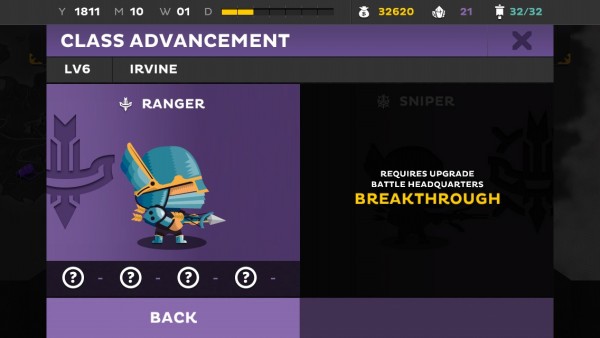 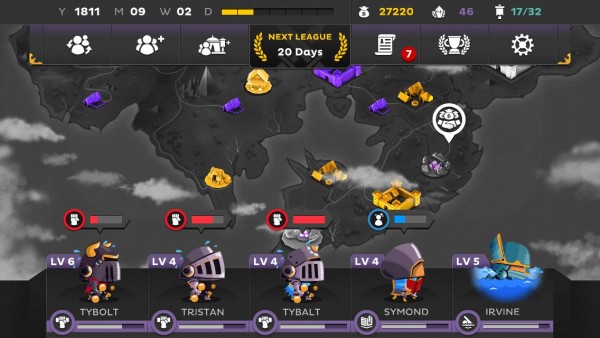 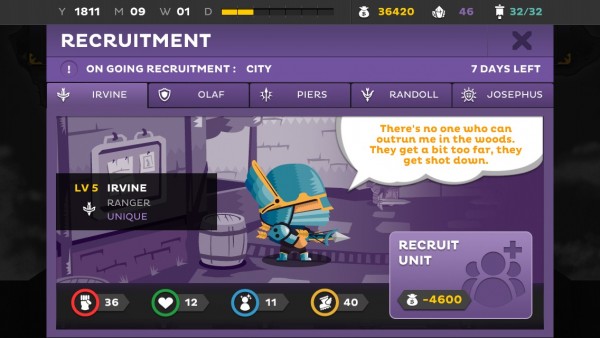 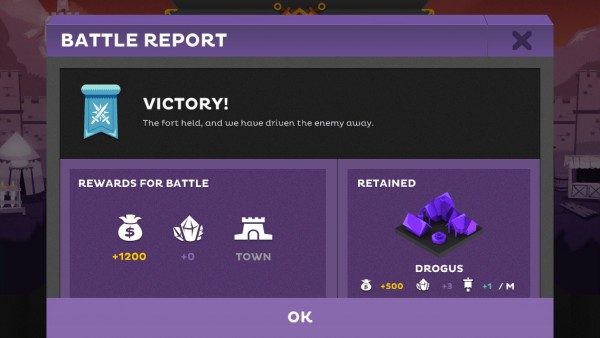 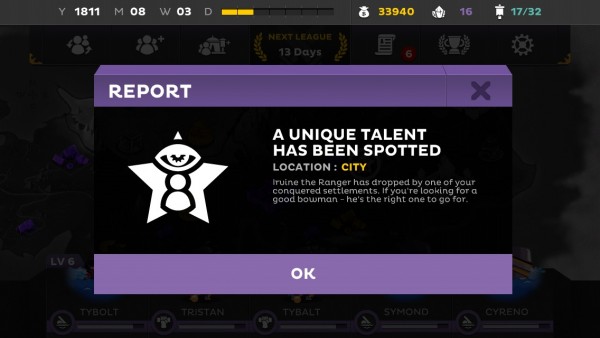 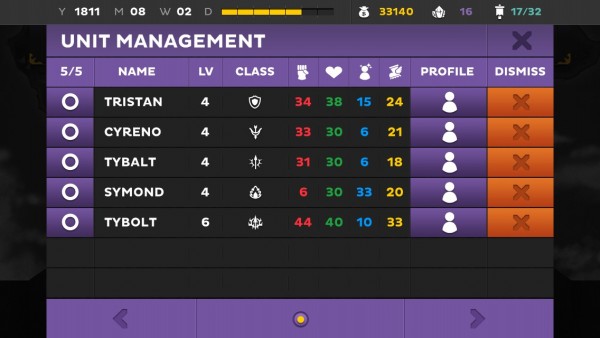 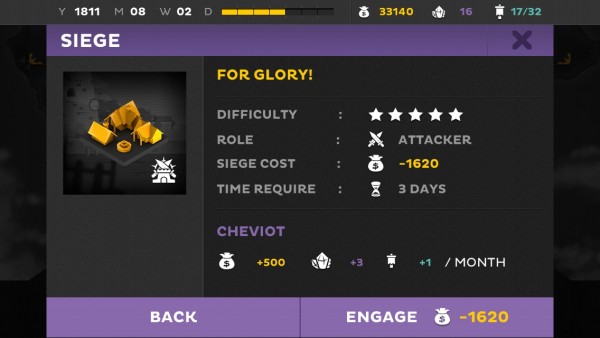 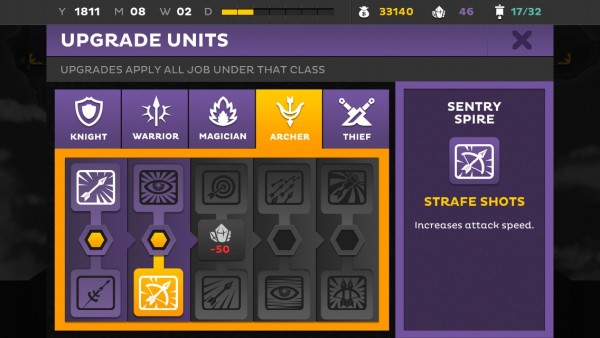 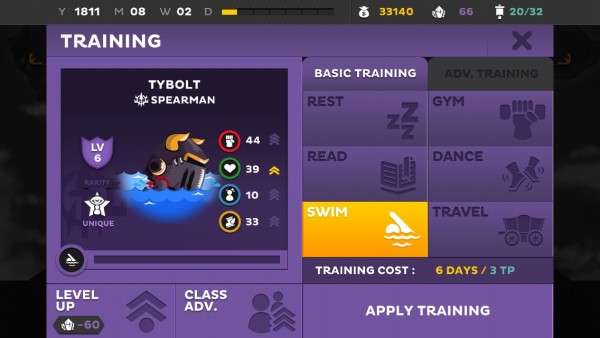 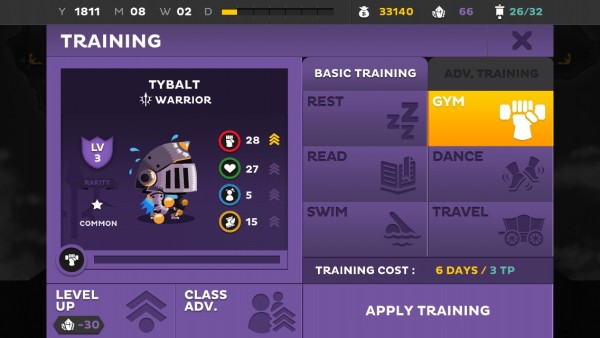 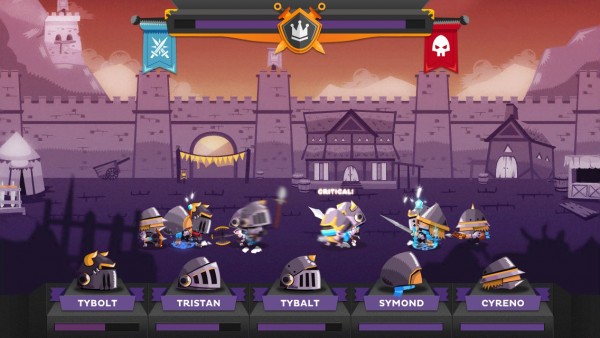 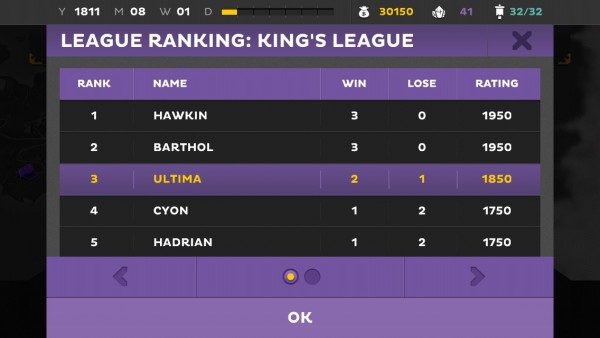 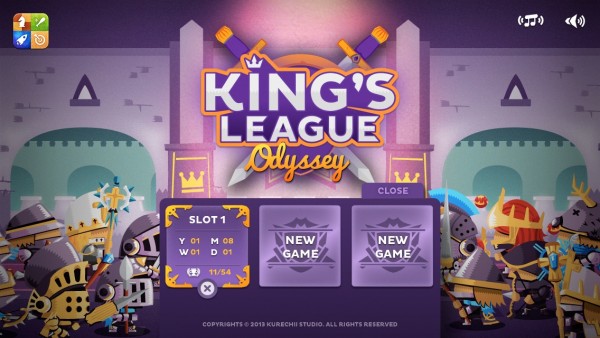 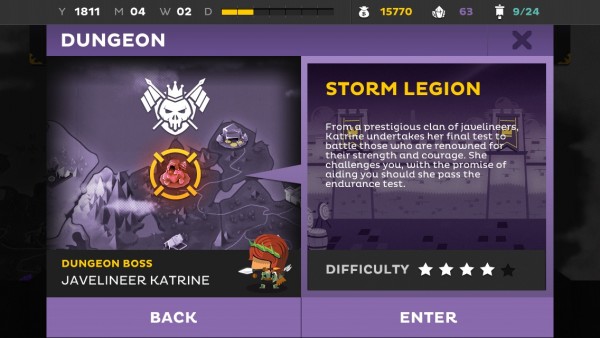 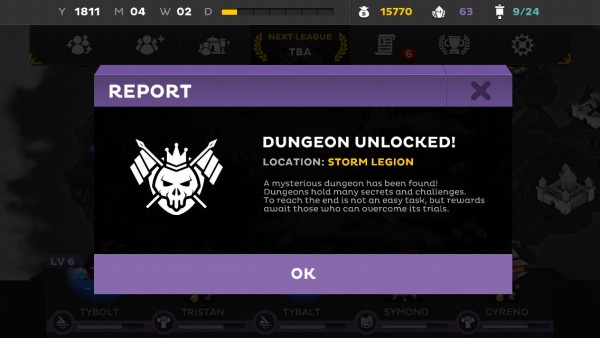 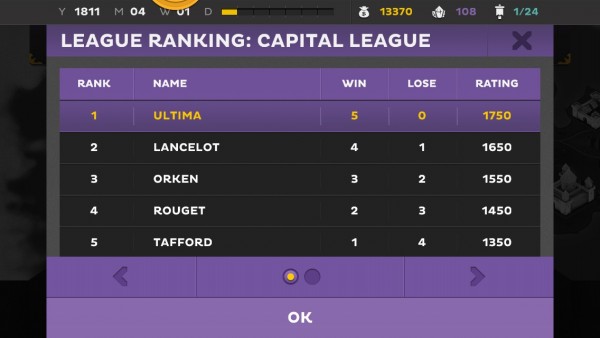 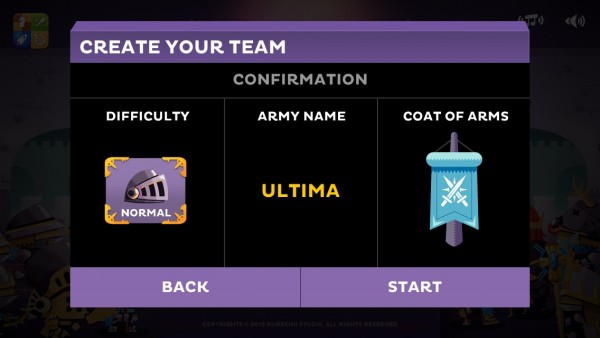 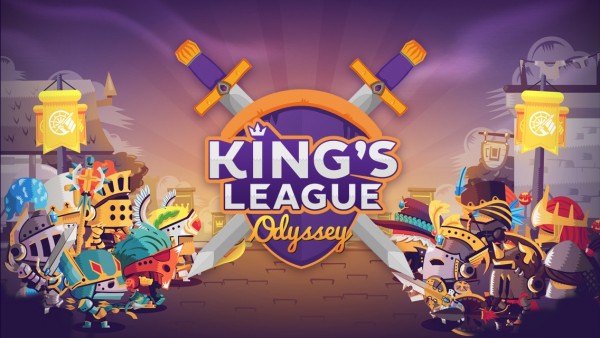