You are using an outdated browser. Please upgrade your browser to improve your experience.
by Christine Chan
September 20, 2016 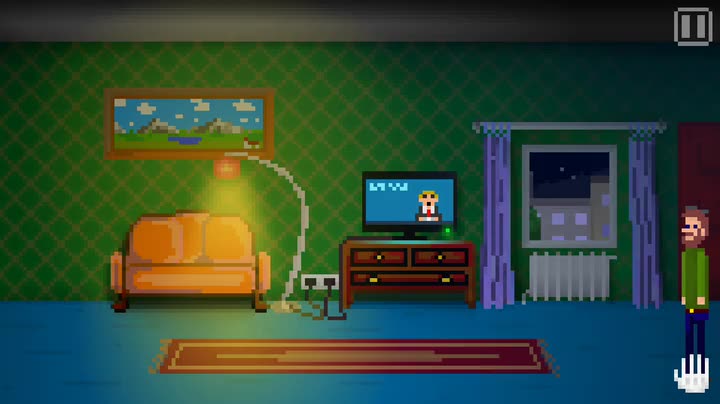 Paul Pixel - The Awakening ($1.99) by Xoron GmbH is a classic point-and-click adventure game that takes place in a post-apocalyptic world where alien zombies have taken over. If you’re a fan of the point-and-click genre and love some zombie apocalypse action, then Paul Pixel is the game for you.

I know that zombies have been a sub-genre in the horror category for a long time, but it just seems to have become even more popular after “The Walking Dead” hit the airwaves. For me, I definitely got into the zombie thing much more after I fell in love with “The Walking Dead,” though I still have my own qualms regarding the show. I doubt I’ll get into every single zombie apocalypse themed show, movie, or game, but hey, I know how the gist of them go by now anyway. And as a person who grew up with 8-bit pixelated games, Paul Pixel immediately caught my attention when I saw it on the App Store this week, so I had to give it a try. 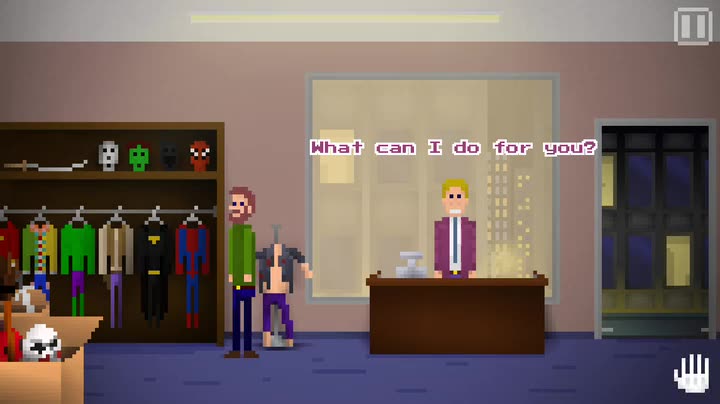 In terms of visuals, Paul Pixel is beautiful and pays a nice homage to the retro pixelated games that I grew up with. It is also a bit reminiscent of Sword & Sworcery’s style, at least with the main character sprite. Even though Paul Pixel is done up entirely in hand-crafted pixel art, there’s still a lot of detail to be found in the game, and the colors range from nice and vivid brights to darker, gloomier tones when necessary. Animations are super smooth and fluid on my iPhone 7, so I did not experience any lag or choppy frame rates. The game’s soundtrack is also a treat, as the chiptunes are made on an original Commodore C64 SID, so it’s genuine like back in the good old days. In terms of visuals and audio, Paul Pixel is quirky and delightful, serving as a nice tribute to classics.

The game starts out with a cutscene that’s done rather well, and it sets up the plot for the game. In the beginning, you will see a giant alien spaceship flying over the towering skyscrapers of a metropolitan city, emitting familiar beeps and boops. You’ll soon discover that the ships don’t just bring aliens, but they unleash a horde of brain-eating zombies unto the Earth, causing chaos and destruction as we know it. Then you’ll find Paul Pixel in his home, just chilling, until he turns on the TV and discovers that he’s living in a city that is now under quarantine. The objective of the game? To get out of the city, but then it’s up to Paul Pixel himself to save the world, naturally. If you have a good sense of humor, you will appreciate all of the game’s ludicrousness, and there are even references to pop culture that you may find hidden later on. Either way, it’s a nice homage to everything.

Controls in the game follow the traditional point-and-click techniques of older games, but everything here has been optimized for touch screens. To get Paul to move, just tap on where you want him to go to. Once he is next to the edge of the screen, he is able to move on to the next area if need be. To interact with objects in the environment, just tap on them. If they require another object first, the game informs you of what you should look for. Tapping on smaller items lets you carry them in your stash, and you can access the stash at any time by tapping on the hand icon in the bottom right corner. Select the item you want to use, and it will show up in Paul’s hand so you can go to another object or NPC and interact with them using the object. 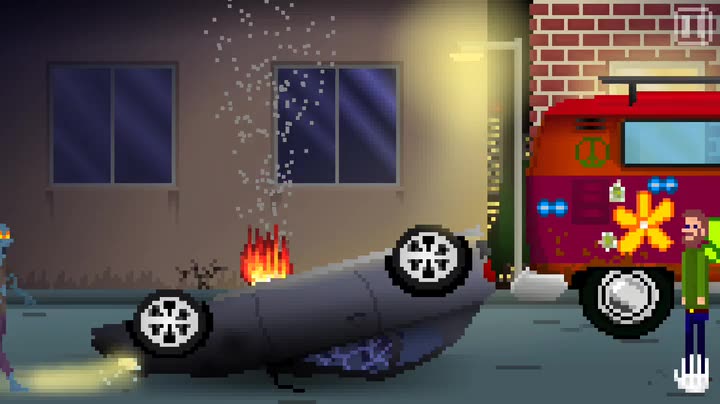 While the controls work well enough, I did find that it can be a bit clunky at times. Another thing I don’t particularly like is the fact that when characters speak, there’s no way to go through the dialogue faster, so you just have to sit there and read it rather slowly. I wish that there was a way to just tap to advance the text, so hopefully the developer can consider adding that in a future update.

Like every point-and-click adventure game, Paul Pixel has a good amount of puzzles that you have to solve before you can advance in the game. They’re not too difficult and are usually pretty easy to solve if you are observant of the areas you’re in. There will be a bit of back-and-forth as you take closer examinations of the environment for key items, but it isn’t anything too tedious.

I’m still pretty early on in the game, but it seems that the game is not too long — the App Store description says that the entire game can be played through in about three hours. Despite the short game time, I think Paul Pixel is still worth checking out. I love the vintage pixel art style, and the SID music is top-notch. As a big fan of retro chiptune music, I found the soundtrack of Paul Pixel to be wonderful to listen to as I play, and it’s rather soothing despite the post-apocalyptic game setting. Controls work decently enough but could use further refinements to make it more intuitive and less clunky, in my opinion. I also hope that there will be a way to make the dialogue text go faster, because it feels a bit slow at the moment. Still, it’s an amusing way to pass a few hours for just two bucks.

I recommend giving Paul Pixel a try if you’re into zombie-apocalypse themes and enjoy point-and-click adventure games. Paul Pixel – The Awakening is on the App Store as a universal download for your iPhone and iPad for just $1.99. 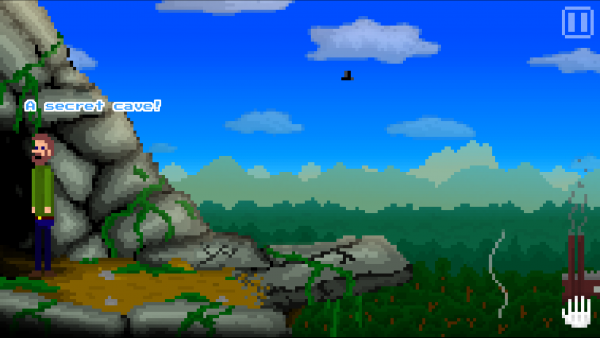 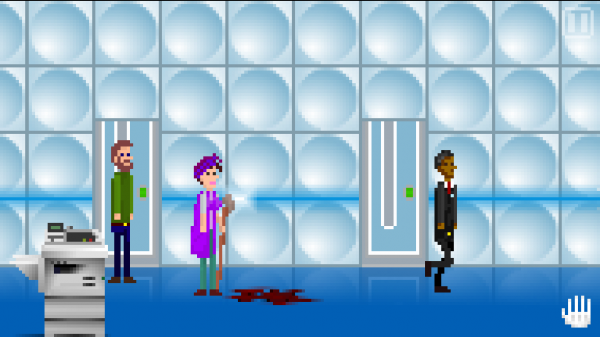 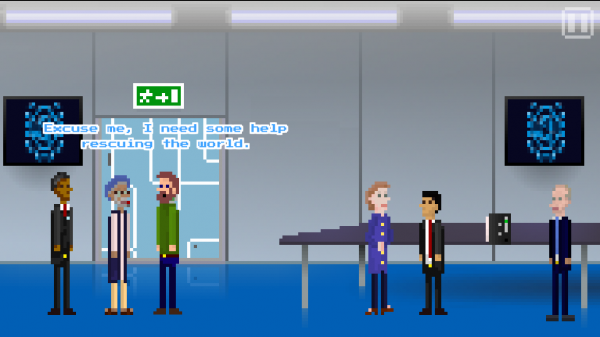 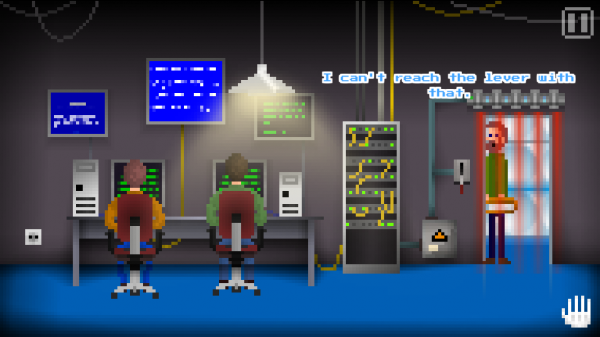 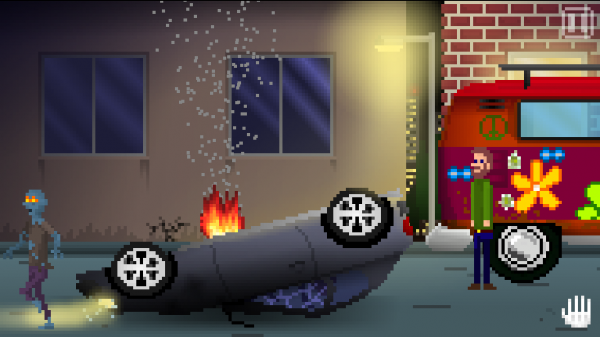 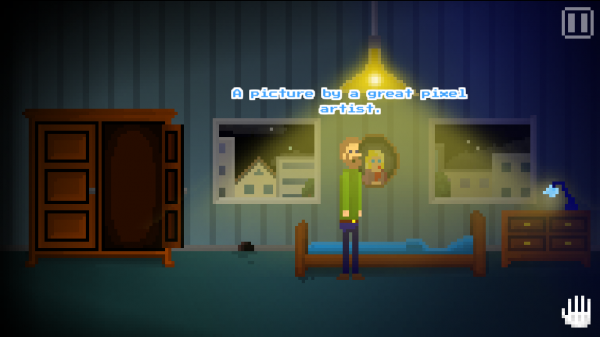 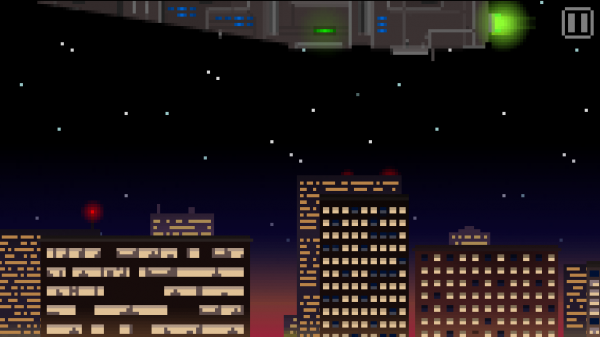