You are using an outdated browser. Please upgrade your browser to improve your experience.
by Christine Chan
March 18, 2013 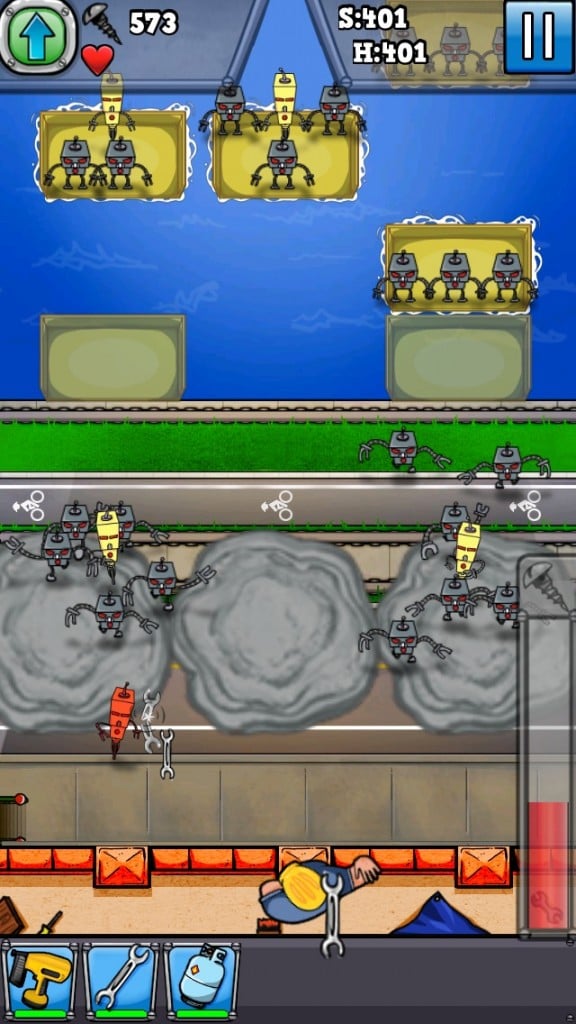 Crushin' Robots - NYC (Free) by Falling Objects Entertainment pits one lonely construction worker against an army of evil invading robots. In this game, it’s up to you and your tools to protect the rest of New York before the robots get to it.

I love a bit of destruction and robots in my games, don’t you? When I first heard about this game, I was immediately drawn to the fact that there would be evil robots walking about. I mean, who doesn’t like some evil robots? Too bad you don’t get to control these robots, but instead, you’re gunning them down with a nail gun in a futile attempt to save New York. 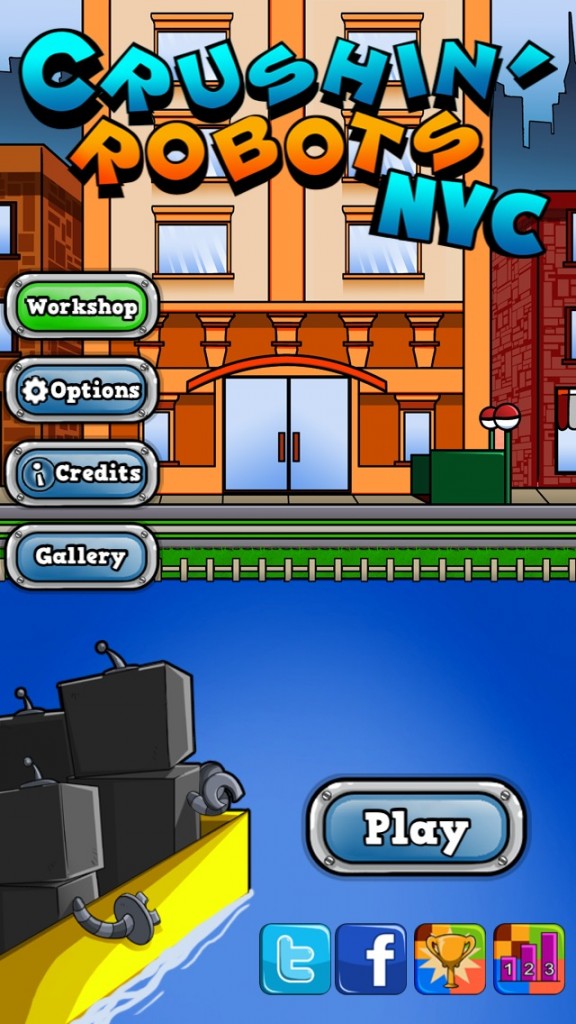 The graphics are bright and colorful, and have a very cartoonish feel to them. They look great on Retina iDevices, and while they are cartoon-like, there’s still quite a bit of detail in the game. The music has a very arcade-like vibe going on, but I’m not terribly impressed with the sound effects. They are a bit bland to me, but it’s not a big deal since the music and/or sound can be turned off from the game menu.

There is only one game mode in Crushin’ Robots to play through, but it’s basically a survival mode. The robots will come from rafts in the sea, and you must destroy each one before they reach your orange rubberized defense. You’ll have to clear out each wave, only to be greeted with an even stronger wave after that.

Crushin’ Robots has seven different kinds of robots, which you will find as you progress through the waves. They’ll start out as just Grunt Robots, but you’ll find Fast, Drill, Flying, and more in later levels. Once they reach land, they will begin rushing toward you, so be fast! And watch out for cars on the road, because these robots can consume metal and grow even bigger, making them harder to take down. If you quickly take out multiple robots in quick succession, then you will start a combo, netting more points.

You will be equipped with several tools of your own, which you can select from the slots at the bottom.You’ll start out with a nail gun, wrenches, and propane tanks. To use your arsenal, tap on the one you want to use, and then repeatedly tap on enemies to launch it at them (with items like the wrench), or tap and drag to reveal a crosshair and aim at the robots (nail gun), or tap an area with robots (propane tank).

Each enemy that is destroyed will earn you some scrap metal. This is the game’s form of currency and you can spend it in the Workshop to get more tools, as well as upgrade your current ones. New weapons include wet cement (slows them down), bricks, dynamite, and more. There are plenty of powerful tools to take down the robots faster, but it will take you a bit of time to earn enough scrap to acquire them. 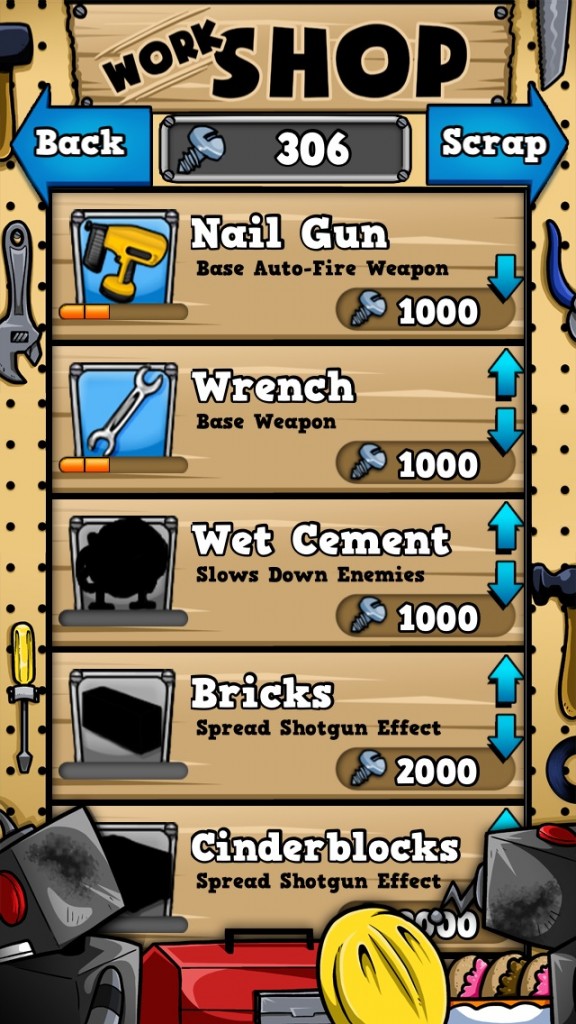 You start out with two hearts in the game, but you can buy another life through an in-app purchase. And of course, you can purchase more scrap metal this way as well, if you are too impatient to grind for more powerful weapons and tools.

There is Game Center integration for global leaderboards and achievements. There are 4 leaderboards: Longest Game, Highest Score, Most Destroyed, and Highest Stage. And for achievement point hoarders, there are 25 achievements to acquire in this game, so even though there’s only one game mode so far, there’s quite a bit to do.

I’m liking the mayhem that is in Crushin’ Robots so far. However, I would like to see more game modes added in the future, as well as more content (robots and weapons).

Still, this is definitely an entertaining title that will keep you busy for quite some time. And for the free price tag, there’s quite a bit of fun involved when you get to shoot up a bunch of evil robots.

You can get Crushin’ Robots – NYC for free in the App Store as a universal download. 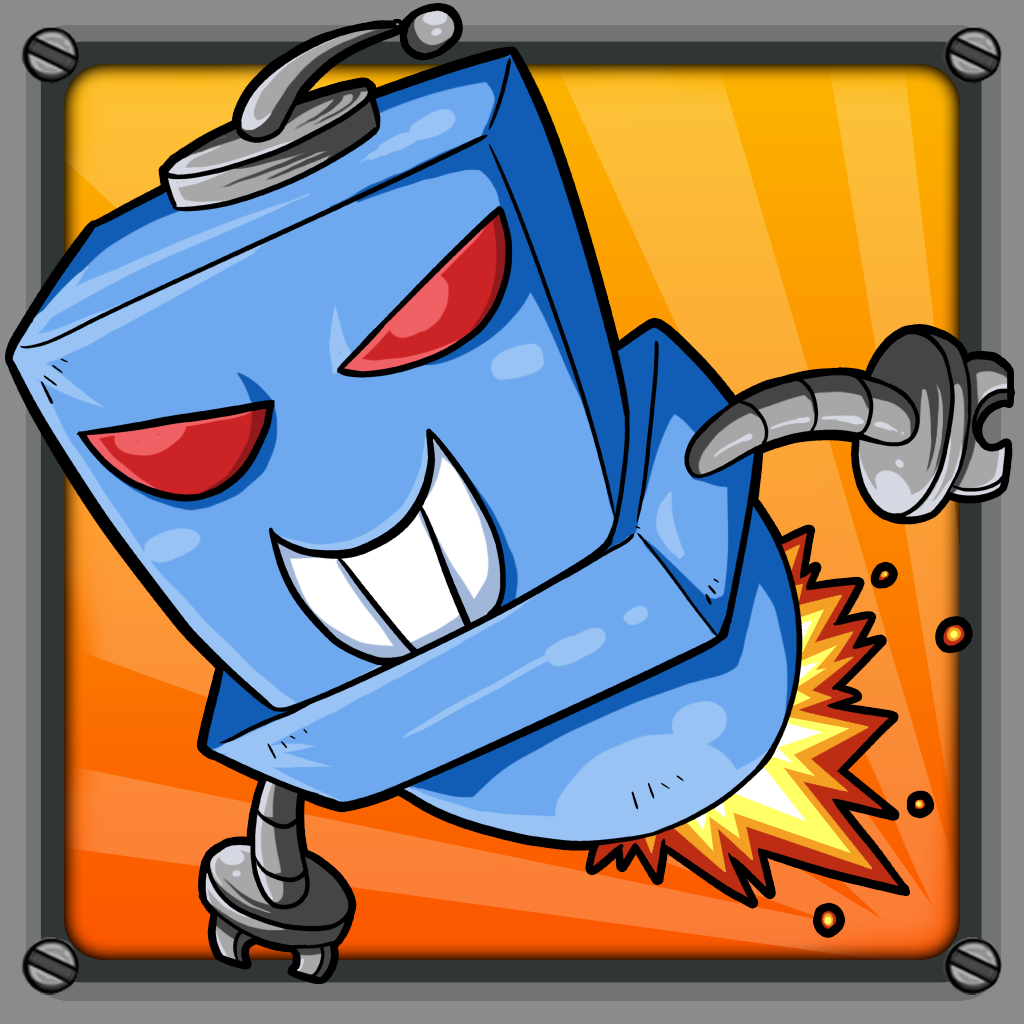 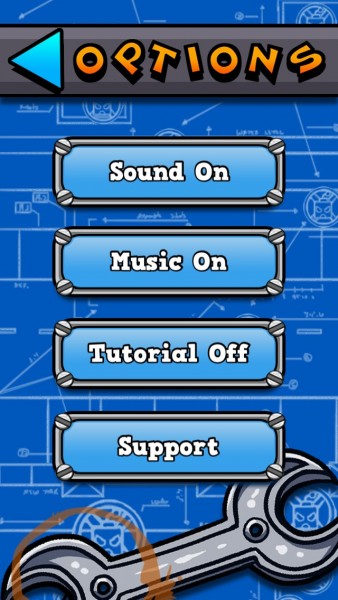 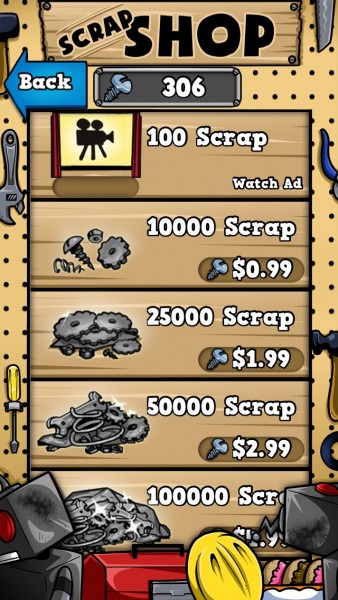 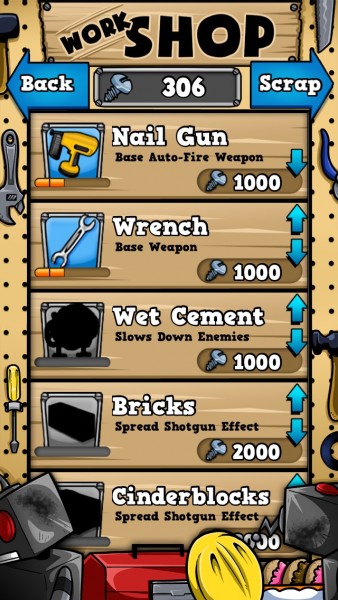 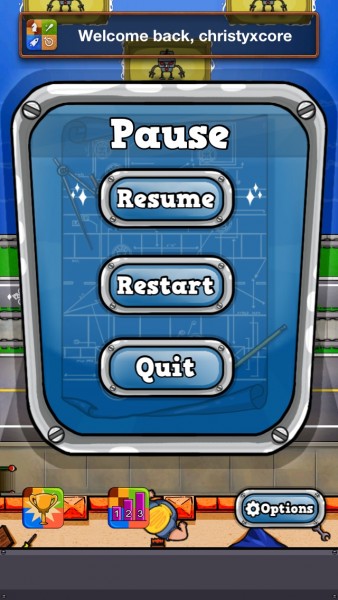 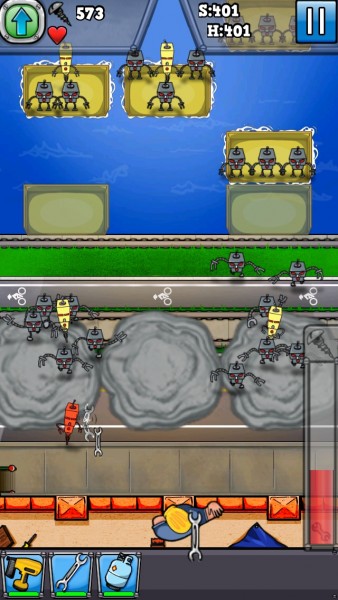 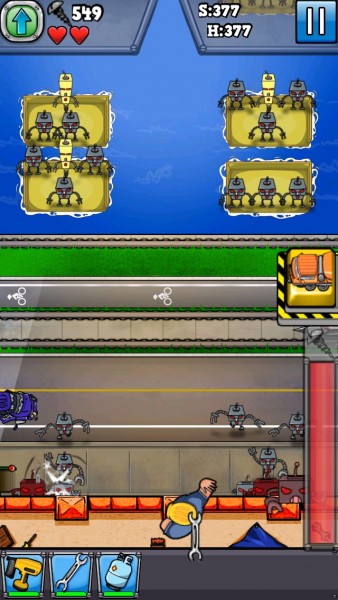 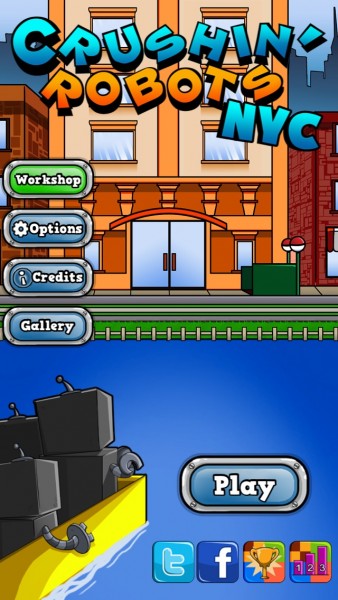