You are using an outdated browser. Please upgrade your browser to improve your experience.
by Christine Chan
February 23, 2017 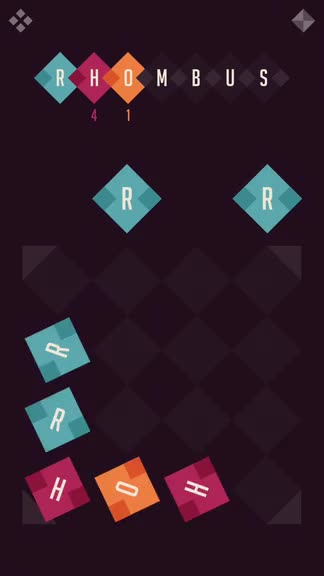 Rhom Bus ($1.99) by Creatiu Lab is a fantastic new puzzle board game that features cute animals and rhombuses. If you enjoyed titles such as Aurora and Partyrs, then chances are high that you will like what Rhom Bus has to offer. It’s from the same developers of The Mesh and Stubies.

A lot has been going on for me these days, so when I have some downtime I just like to kick back and relax with some video games. While I’ve been on my PlayStation 4 much more lately, I still like to take a break every now and then with some iOS games, especially puzzles. If you’ve followed my work here at AppAdvice for the past few years, then you’ll know that puzzles are one of my favorite genres because they’re mentally stimulating yet relaxing at the same time, which I truly appreciate. Even though it feels like I’ve played every kind of puzzle game there is on the App Store sometimes, I’m still always on the lookout for something new. When the news of Rhom Bus hit my inbox, I knew it was something that I had to check out since I loved The Mesh, and needless to say, I’m definitely not disappointed by Rhom Bus. 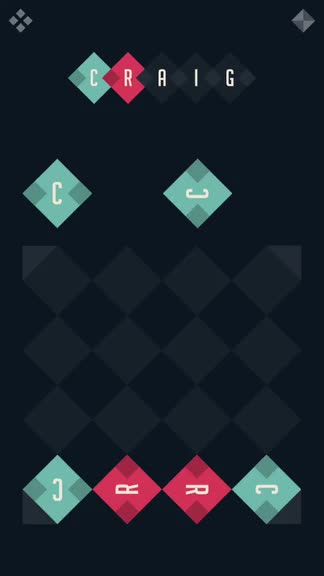 Visually speaking, Rhom Bus is downright gorgeous with a minimalistic design that is beautiful to behold. Everything is rendered in 2-D with a flat, vector-like aesthetic that looks and feels modern and fresh. Despite the flatness, the animals (and even the bus driver, Tom) appear realistic and have a ton of fine details, such as their outfits, that breathe personality and charm into them. The color palette in Rhom Bus ranges from bright and vibrant tones to dark and rich hues for the background and game board, while the animals have realistic colors and shading. All of the animations in Rhom Bus are smooth and fluid, with seamless transitions between levels. The game also has a rather quirky and whimsical soundtrack that is a delight to listen to, and the sound effects are a fun touch. Overall, I would say that Creatiu Lab has created another masterpiece of a puzzle game on iOS, especially for the visual and audio departments.

In typical puzzle game fashion, Rhom Bus is level-based with different destinations for the driver to take animals to. At the moment, the chapters include the Gym, Disco, and Spa. There are a handful of levels for each destination, since you know, a bus can only fit so many passengers before it’s full. However, once you play through the first seven levels of Rhom Bus, you’ll unlock the Infinite Mode, which lets you play until you run out of space on the board, essentially, while trying to rack up a high score. But be warned — the seventh level is rather tricky and a decent challenge before you get to the meat of the game. The objective of the game is simple enough: get the animals on the bus by getting enough tiles on the board to match their name. Sometimes though, you’ll need to get multiple letter tiles, as indicated by the number underneath the letters at the top of the screen, and special blocks get introduced as you make progress in the game. Don’t worry about being overwhelmed — the game introduces everything with a brief tutorial screen that explains the game mechanics, so you’re never lost or confused. The further along you get in the game though, the longer the names become, making the difficulty level of the game pick up at a gradual pace. 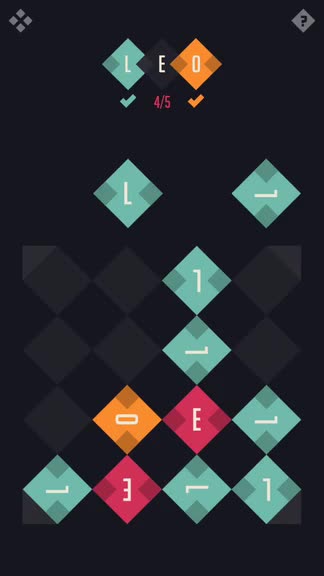 Controls in Rhom Bus are pretty straightforward and intuitive, though it will take a bit of practice to master. At the start of a level, there may or may not be some letter tiles already on the board. Two tiles appear at a time along the top, and you can slide them left or right to reposition them before dropping them down with a swipe. When two letters connect with each other at their highlighted corners, they will form the next letter in the animal’s name, and you continue this process until you’ve acquired all of the necessary letter tiles to complete the stage. However, sometimes you will have to make adjustments to the board to make the letters connect. You can tap anywhere on the board to rotate all of the current tiles at once, or a tap in one of the four corners of the board itself will spin the board 90 degrees. There is also a “Magic Tile” power-up that you can use to rotate a single tile on the board, but this can only be used once per level, so make sure to use it wisely. Once you have collected all of the necessary tiles (including special ones) for the stage, then that animal is picked up in the bus and you can move on to the next level.

I’ve only been playing Rhom Bus for a little bit and am still pretty early on in the linear levels, but the Infinite Mode is definitely the best part of the game. Rhom Bus features a unique gameplay mechanic that proves to be challenging, fun, and rather addictive. Plus the game has a rather endearing aesthetic, delightful music, and intuitive controls that are perfectly optimized for touch screens. I think the only improvement that can be made to the game would be more levels or modes later down the line. Still, this is a great release and a must for any puzzle game fan.

Rhom Bus is available on the App Store as a universal download for your iPhone and iPad for just $1.99. There are no in-app purchases. 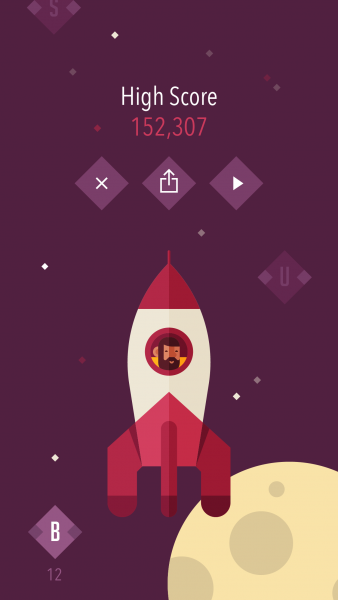 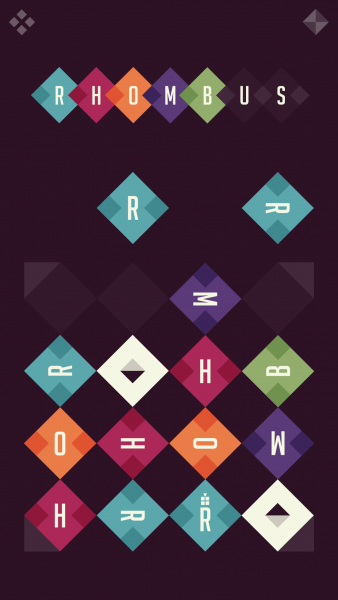 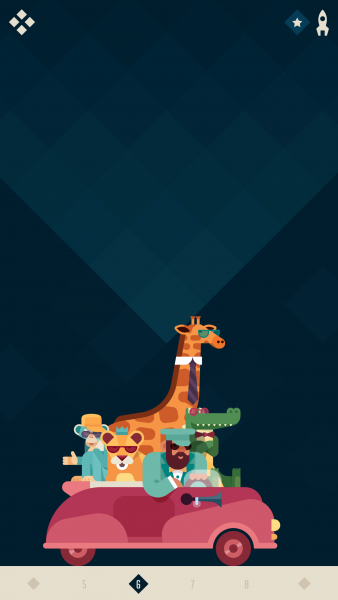 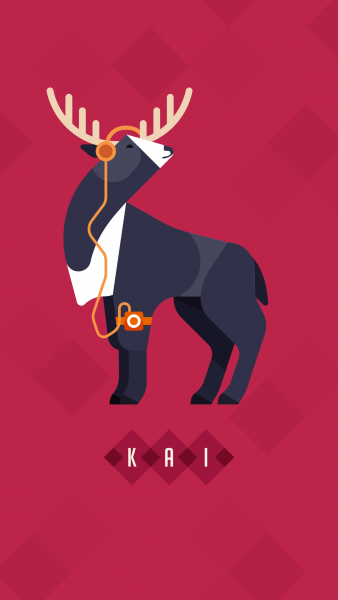 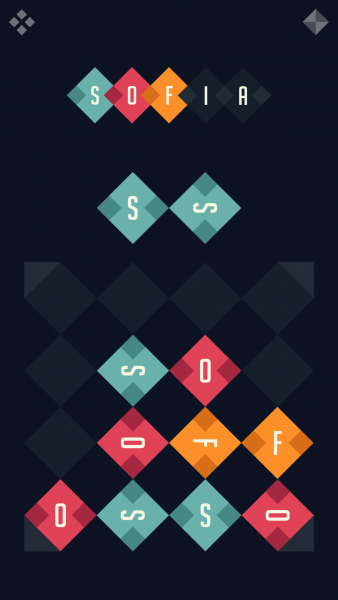 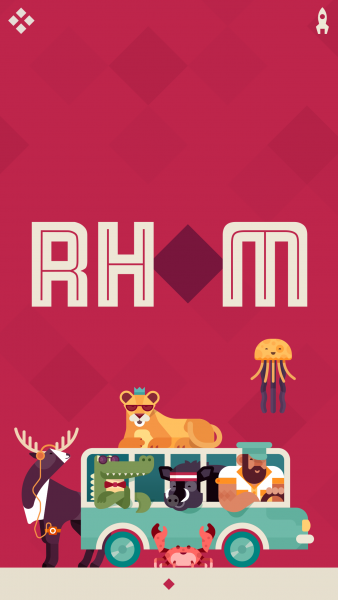