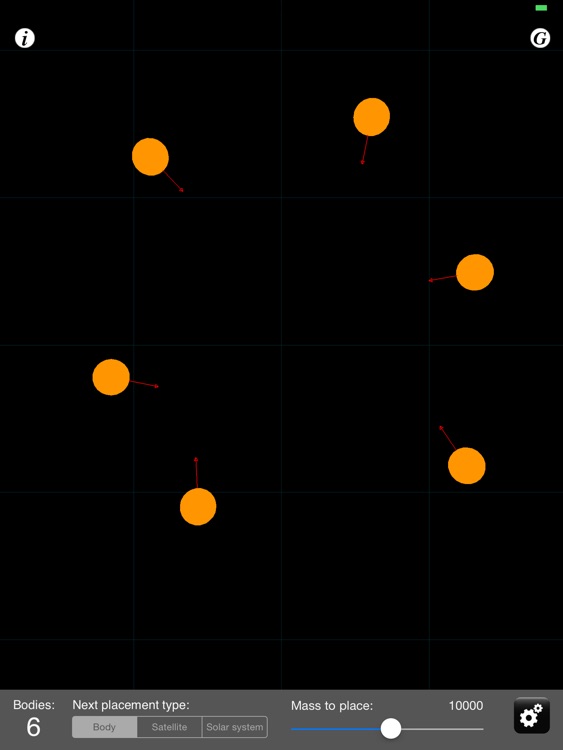 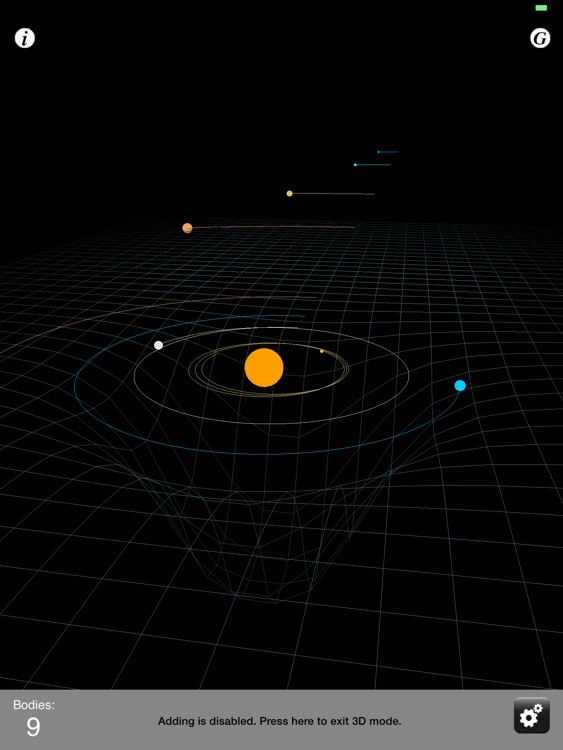 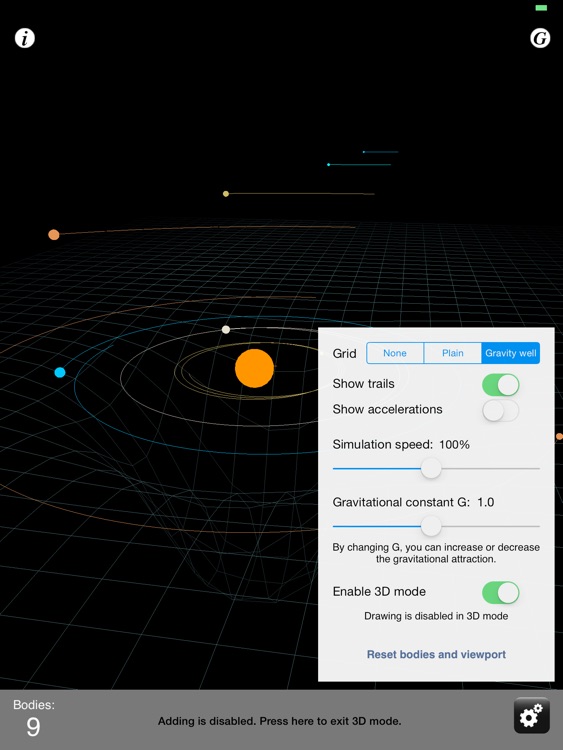 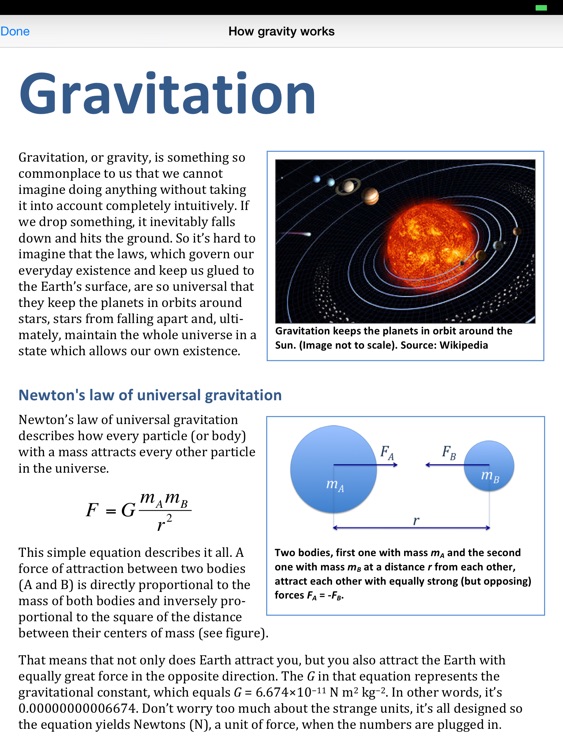 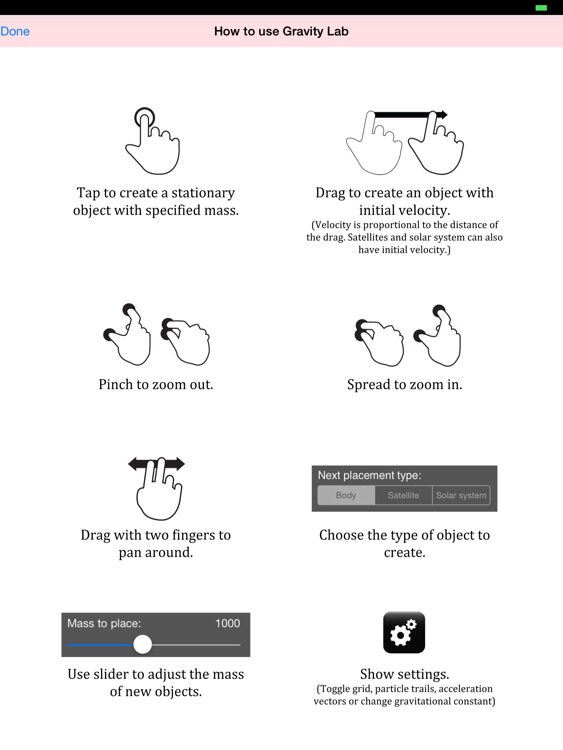 Gravity Lab is a gravity simulator for iPad. It allows you to create dozens of particles with different masses and different initial velocities by simply tapping the screen or drawing a velocity vector. The positions and velocities of all the particles are recalculated in real time. According to Newton's law of universal gravitation, every massive body in the universe influences every other massive body, and it works exactly the same in Gravity Lab. You can toggle a switch to show the acceleration vectors of the bodies, which are proportional to the forces between the bodies and inversely proportional to their masses.

Gravity lab is a perfect aid for anyone seeking a deeper understanding of physics, or just willing to play around with their own simulated universe.

Gravity Lab includes a short 4-page guide explaining the Newton's law of universal gravitation, the first two of the three Kepler's laws of planetary motion and the concept of gravity assist in spaceflight. All these concepts can be demonstrated using Gravity Lab. 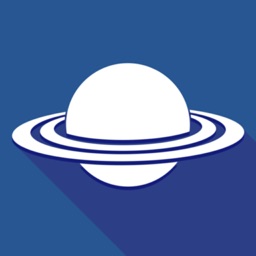 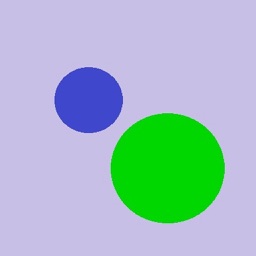 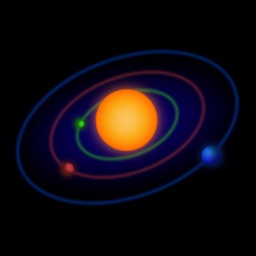 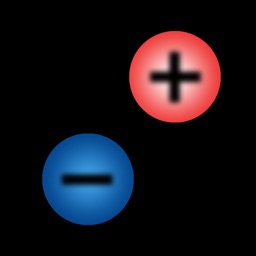 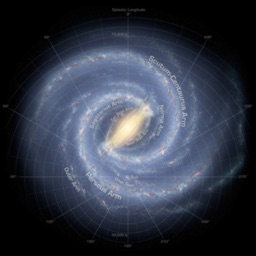 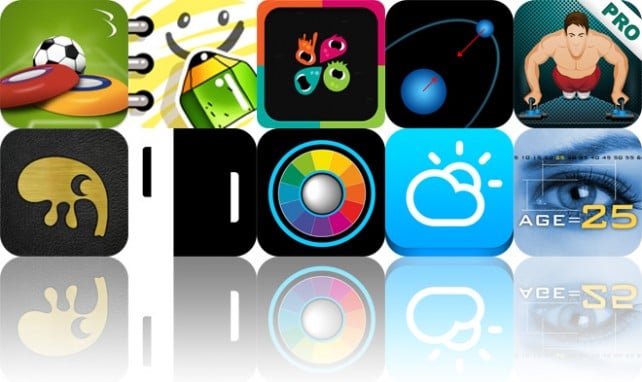 September 2 Tyler Tschida
Nothing found :(
Try something else