Imagine a service as easy to use as your TV, only smarter and more personalized. That's Showyou. 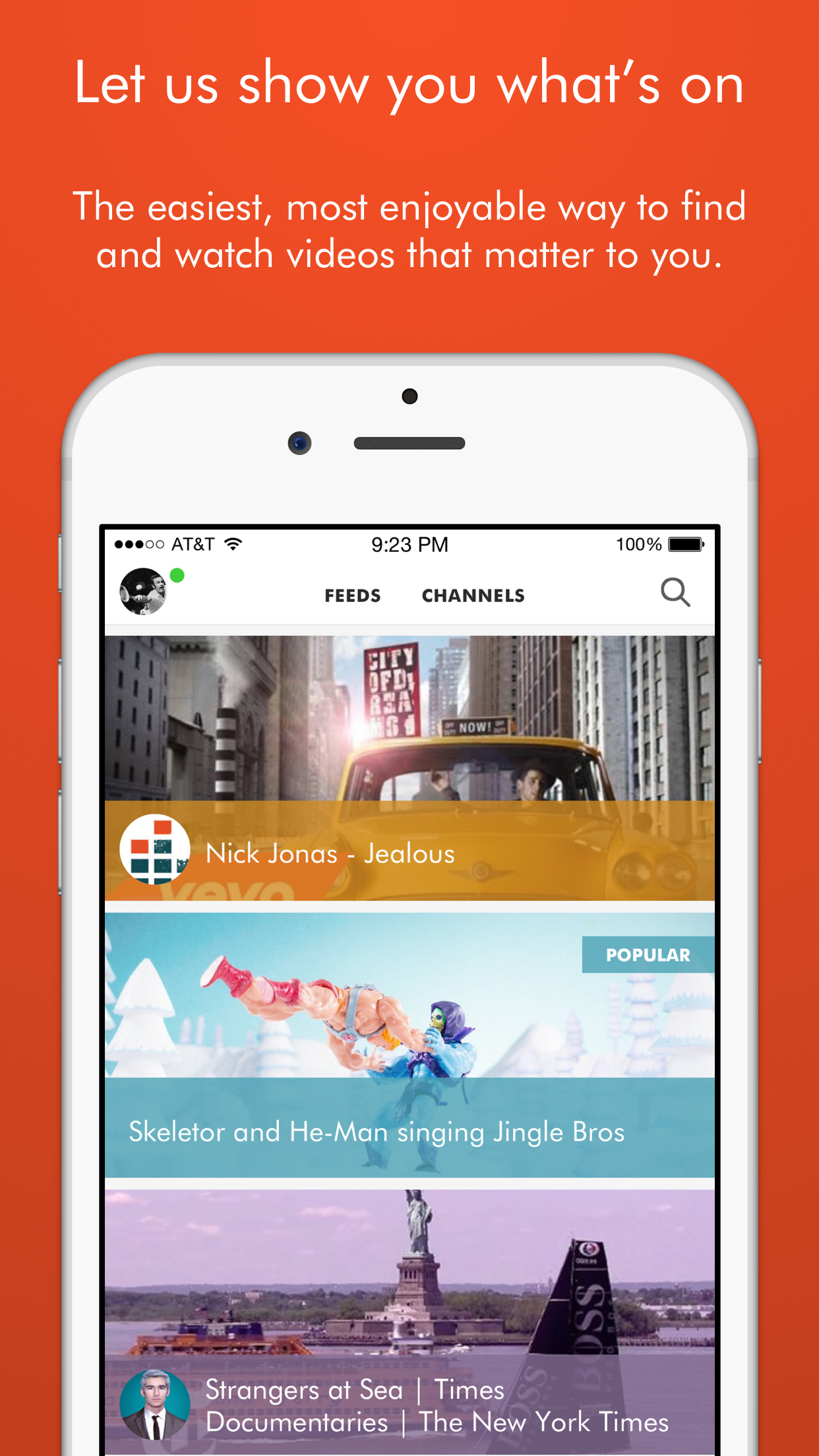 Showyou is FREE but there are more add-ons 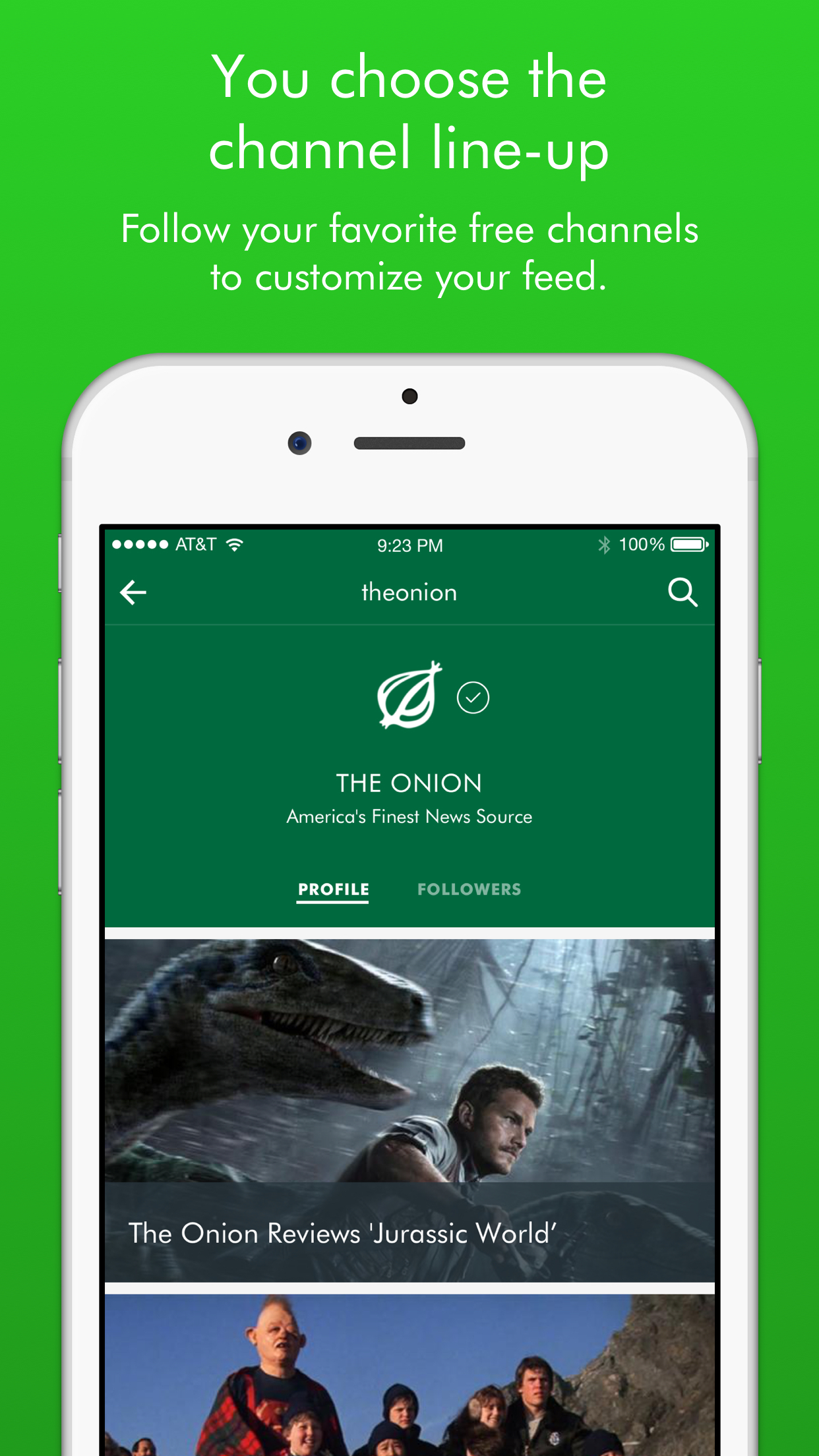 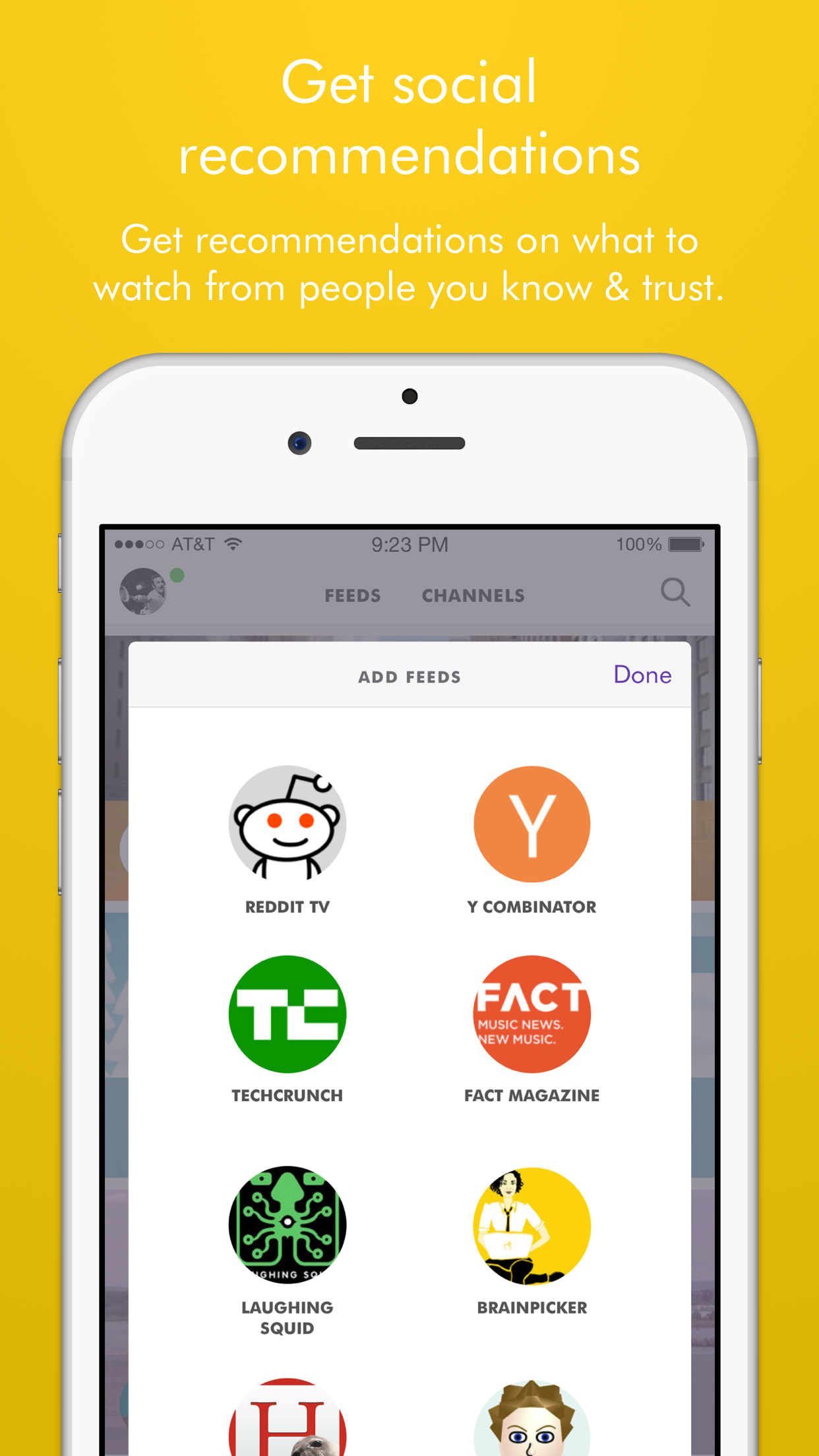 Imagine a service as easy to use as your TV, only smarter and more personalized. That's Showyou.

With Showyou, you're in charge of the lineup. You can follow 100s of channels on Showyou, including fan-funded channels with exclusive programming like Fast Lane Daily or free channels from top publishers on the web like The Verge, Buzzfeed, the New York Times, and Vevo.

And, you can get recommendations on what you should watch from people you know and trust -- including people you know on Showyou, top bloggers and curators, and contacts on social networks like Twitter.

Once you've set up Showyou, it's tuned to your tastes and interests, and it's available on all your devices. You can even use Showyou to power your TV if you have an Apple TV (via Airplay) or Chromecast.

Whenever you launch the app, we’ll highlight the best things for you to watch. Our personalized feeds are perfect for those times where you’ve got just ten to twenty minutes and want to see the day’s best videos.

You can also use Showyou to spend time catching up on your favorite channels, which are always just a tap away.

Watching videos on Showyou is effortless. Tap to play a video and then sit back and watch all the videos in your feeds or channels; or use the carousel to browse video-by-video.

Sound to good to be true? Here’s what others have said over the years:

"Showyou brings in all the videos from your various social networks, including Facebook, Twitter, YouTube and more. It displays them for you in a glorious, sweeping grid organized by magic." Jon Mitchell, ReadWriteWeb

“Version 2.0 of Showyou features a redesigned iPad UI that is really fantastic looking… It feels like the way video browsing should be done on a tablet.” MG Siegler, TechCrunch

“A well-designed and well-conceived video app that utilizes all the best features of the iPad in its interface.” from Best Free Video iPad Apps by Jason Gilbert, Huffington Post

"It really shines on the iPad"
John Gruber, Daring Fireball

“It’s the most interesting thing to happen to online video since YouTube.”
Complex Magazine 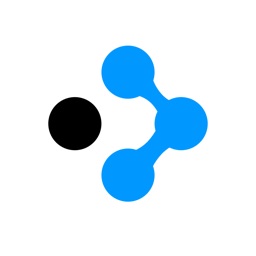 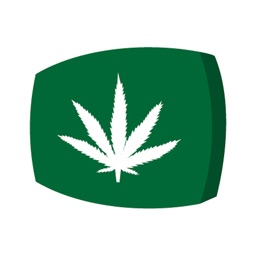 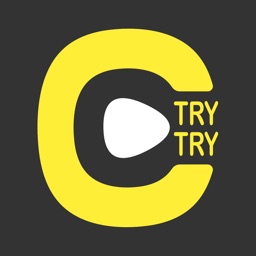 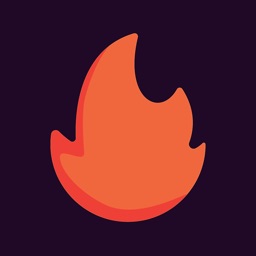 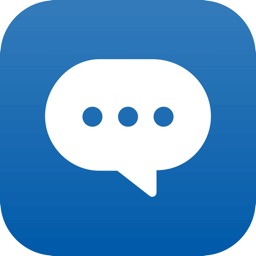 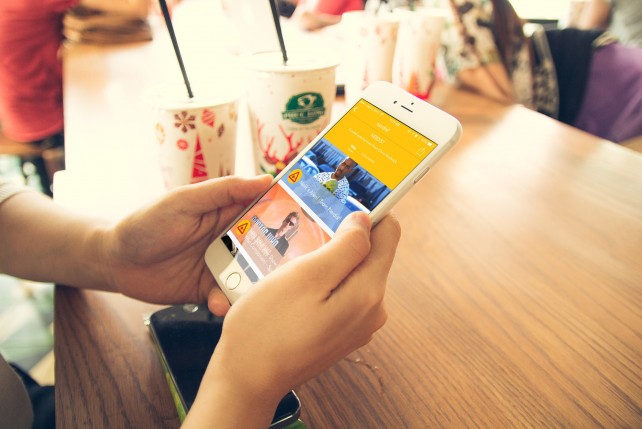 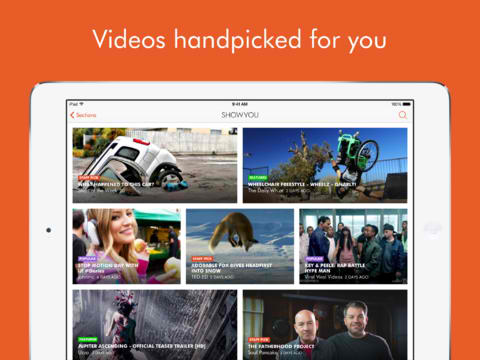 Let Showyou Show You Its Brand New iOS 7-Inspired Interface With Its 5.0 Update

Showyou, the popular "Flipboard for video" app developed by Remixation, has just been updated to version 5.0 with a new iOS 7-inspired design.

December 20 Aldrin Calimlim
Nothing found :(
Try something else