You are using an outdated browser. Please upgrade your browser to improve your experience.
by Kathryn Zane
May 19, 2011
I am in love with this game. As previously stated in my Shopping Cart Hero review, I have an affinity for stick figure games that have just a little bit of blood associated with it. However, as I said in yesterday's Hanged Till Death post, I'm also starting to wonder if I should be enjoying the blood as much as I do. So, my mind isn't quite made up yet as to whether or not the little red cloud and splatter is really a guilty pleasure pro or a sign of a psychosis con. The rest of the game is right up my way. There's an adorable stick figure man, the game graphics are engaging, and the goals are simple. On the flip side, the backgrounds are detailed, despite the lined notebook paper, sketched weapons, and pencils of death themes. The doodled little man moves smoothly with an easy way to get him where he needs to be once you get used to it. The game utilizes a line drawn by your finger to act as the platform that he walks along. There's no way to change his speed, so overcoming obstacles needs to be timed. Otherwise, well, you send him hastily to his Doodle God. The game is long, which interests me. I like to know that when I'm picking a game, I'll be committing to days, not just hours. There are three different worlds and 77 levels. Like Hanged Till Dead, you don't necessarily have to start in the first world. You could just start in the third. However, with this game, the user interface takes enough practice that I would recommend starting at the beginning. In the words of Julie Andrews from the Sound of Music, it is, after all, a very good place to start. The interface is one of the complaints I have. It isn't really even a complaint in the sense of, "You know devs, you could have smoothed this over a bit," as much as it is a learning curve that takes some getting used to. While the crazy music rings reminiscent of the old Sega games, and the goal to the game is simple and straightforward, the way to get to the end goal is a little tricky. As I said before, the game utilizes a line drawn by dragging your finger across the screen. Your little stickman moves across the platform by tapping on the screen. A pin is placed where you tap, and he walks to it at an even speed. You can draw stairs, and using the button on the top left, you can jump. The trick is being coordinated enough to draw and jump at the same time as necessary. Sometimes you can get away with drawing everything in advance, but other times,  it doesn't work out that well. The game also doesn't have a way to go back to the main menu from the levels. Once you leave the game, you have to start over. The regular iDork game does allow you to continue from where you left off, but you pay $0.99 for it. The review in iTunes for iDork Ultra advertises that the game saves your progress automatically once you leave the app. I played a few levels, and completely closed out of the app. When I went back, my saved data wasn't there. If I left the game, opened another app, and then went back to the game, then I was still mid-level. But, I can't have the game running in background all the time. The only solution I can come up with until the devs update (fingers-crossed), is to keep it running in the background until you complete a world. Each world is about 25 levels. The levels are small enough that it might work. Other than the complaint of not being able to save and not being coordinated enough to draw and jump at the same time, this is an awesome game to sit and dink around with. It's free to download, so that makes it even more worthwhile. So, if your looking for a great free game to take up some of your massive amounts of free time, then head on over to iTunes and try out iDork Ultra. iDork Ultra is available at iTunes for the awesome price of FREE! 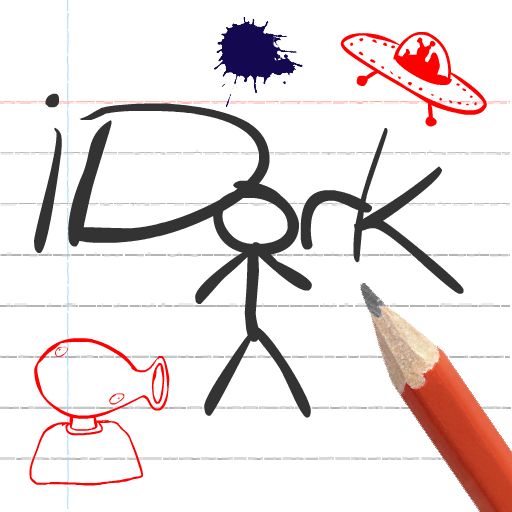 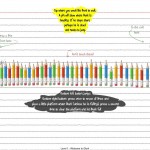 Quirky App Of The Day: iDork Ultra
Nothing found :(
Try something else