You are using an outdated browser. Please upgrade your browser to improve your experience.
by Joe White
May 13, 2011
Samsung is planning on previewing a new 10.1 inch display, which features a resolution of 2560 x 1600 (300dpi), at the SID Display Week 2011 International Symposium next week. Obviously, this is very important for Apple fans: For a while now, we've been hoping that a future iPad would feature a Retina quality screen. More specifically, back in January we heard that the third generation iPad would feature such a screen - and many of us got very excited at the prospect. Now, Samsung - who manufactures the Apple A5 chip - has managed to create a 10.1 inch 300dpi touch screen. Interestingly, at 10.1 inches the prototype screen is slightly bigger than the 9.7 inch screen Apple currently uses for its iPad models. Furthermore, the resolution of the prototype is more than double that of the iPad's screen. Currently, it is not yet known whether the screen will feature in a future Samsung Galaxy tablet. However, if Samsung's Retina quality screen proves to be cost effective, there is a possibility Apple might introduce such a display with the iPad 3. If this particular screen is used, the size of the iPad would obviously increase. This doesn't seem to outlandish a possibility - it would appear that Steve Jobs only has an issue with reducing the size of the iPad's screen, not increasing it. We'll keep you posted. [via TUAW] 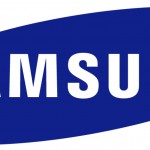 Samsung's Recently Announced 10.1 Inch 2560 x 1600 Display Could Feature In The iPad 3
Nothing found :(
Try something else