You are using an outdated browser. Please upgrade your browser to improve your experience.
by Joe White
June 19, 2011
According to a recent report, Apple "is not afraid of [Facebook's Project Spartan] at all," and the company is even rumored to be "lending some minor support." Earlier this week, we told you how Facebook is reportedly planning a secret HTML5 Web app, in an attempt to "use Apple's own devices against them" and gain over 100 million users. Now, in a follow-up report published by TechCrunch, it is suggested that Facebook held back the launch of its iPad app (which is also reportedly in the works now) in an attempt to gain "leverage" over Apple:

Apple has wanted this app since the initial iPad launch just over a year ago. After all, the Facebook iPhone app is the most downloaded app of all time. Like it or not, it’s a selling point for the device. At first, Facebook made it sound as if they weren’t going to do one at all. But they have been working on it for months. And there’s no reason it should have taken that long, unless they were holding it back as some sort of leverage over Apple.

Additionally, TechCrunch claims that Apple "is not afraid" of the project, and that the company may even "lend some minor support." We're not sure why Facebook might want "leverage" over Apple, although the report notes that recent code changes suggest that the HTML5 app could run inside the upcoming iPad app. Obviously, all of this will become clear in the near future. Until then, we'll keep you posted on the story. Let us know your thoughts in the comments. 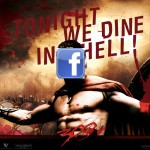 Rumor: Apple Isn't Afraid Of "Project Spartan," Will Even Lend A Hand

Rumor: Apple Isn't Afraid Of "Project Spartan," Will Even Lend A Hand
Nothing found :(
Try something else