You are using an outdated browser. Please upgrade your browser to improve your experience.
by Joe White
July 22, 2011
Around one month ago, we told you Apple could be considering purchasing Hulu - the popular online video streaming service. While the news came from The Wall Street Journal, nothing more was announced. However, in an article recently published by Bloomberg, two people in the know claim that Apple is still considering purchasing the popular service. In the past, we've heard about Apple's reported desire to launch a video streaming service - something that could challenge Netflix, and integrate with iTunes the iOS seamlessly. According to Scott Sutherland (with Wedbush Securities Inc.), "part of the ecosystem of Apple's future is to include more video." Now, we're hearing that Apple is still interested in purchasing Hulu. According to Bloomberg:

Apple Inc., with $76.2 billion in cash and securities on its books, is considering making a bid for the Hulu online video service, two people with knowledge of the auction said. Apple, the world’s second-most-valuable company, is in early talks that may lead to an offer for Hulu, said the people, who weren’t authorized to speak publicly.

It would be extremely out of character for Apple to purchase Hulu. According to data compiled by Bloomberg and SNL Kagan, the video streaming service could cost as much as two billion dollars, and Apple doesn't usually make big, big acquisitions. In fact, the largest purchase the company has ever made was for NeXT Software, Inc. - a move that brought Steve Jobs back to Apple, and cost the company over $400 million back in 1996. All we can do is sit back and see what happens. It would be great for Apple and Apple fans alike if the company released its own video streaming service, and it's probably something that will happen at some point in the future. However, whether such a service will be made possible via the purchase of Hulu remains to be seen. We'll keep you posted. 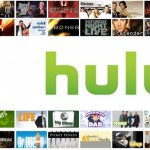 Apple Could Be Planning On Purchasing Hulu, According To People In The Know

Apple Could Be Planning On Purchasing Hulu, According To People In The Know
Nothing found :(
Try something else