You are using an outdated browser. Please upgrade your browser to improve your experience.
by Alexander Vaughn
August 11, 2011
If you believe Bloomberg today, Nintendo's investors might be pushing the company to finally give up exclusively distributing their wonderful line of games on their now nearly defunct hardware and finally moving it to other platforms. Yes, it seems Nintendo's investors took at least part of the advice our very own Andy gave them a few weeks ago, and want their company to finally port their games/develop for other platforms, in particular iOS. The move, might have a lot to do with the incredible impact a quickly debunked rumor from early July, concerning the Pokemon franchise coming to iOS, did to Nintendo's stock. In a nutshell, it was the biggest jump in four months. Not to mention, it was just last week that EA's CEO announced that the iPad is becoming the gaming company's biggest platform. Nintendo is not doing well. Their latest hardware, the 3DS portable console isn't selling as well as they hoped. They slashed their prices. but as everybody besides Nintendo already realized, the time of the Gameboy is now behind us. No one can rationally justify spending a few hundred dollars on a dedicated gaming mobile device that doesn't even provide the level of experience that you can get on your iPhone. Of course, Nintendo's President Satoru Iwata's stand on moving to other platforms is something along "over my dead body." Yet, it might not be his call for long considering the present situation. Without a doubt, there are some great opportunities left for Nintendo if they can grab them, rather than hate on Angry Birds. On our end, we can't wait for some Super Mario action on our iDevices, what about you? (via Macrumors; Image credit: [email protected]) 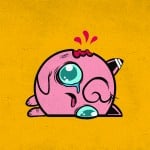 Nintendo's Investors Want A Move To iOS
Nothing found :(
Try something else