You are using an outdated browser. Please upgrade your browser to improve your experience.
by Joe White
September 14, 2011
A piece of code found within OS X Lion's iChat framework suggests that Apple is planning on adding iMessage support to iChat. In iOS 5, Apple is launching a new messaging service called "iMessage." These free, instant messages can be sent between iOS devices and feature delivery reports, real time typing and support for multimedia content. Back when the feature was announced, many of us wondered whether Apple might add support for iMessages in OS X Lion. After all, FaceTime made the move from iOS to OS X, and OS X Lion has taken a lot of features from iOS and developed them for the desktop operating system. Now, MacRumors appears to have found proof that Apple is at least considering launching iMessage support in OS X Lion's iChat application. In a piece of code taken from iChat's framework, two new properties (which we've included below) make note of what could indeed be the iMessage service:

The "timeDelivered" and "timeRead' fields indicate the tracking of delivery and read receipts for instant messages. These features, however, are not supported in any of iChat's native messaging protocols, while the same features are offered in Apple's iMessage protocol. These properties were also not present in previous versions of iChat prior to OS X Lion. We believe the only reason Apple would have added these properties was to build in cross compatibility with their new iMessage protocol.

This indeed is possible. And don't you think iMessages would work perfectly between iOS and OS X? I mean, there are plenty of times when I want to send SMS messages from my MacBook, simply because - when working - it's quicker than texting using the iPhone's virtual keyboard. If this section of iChat's framework means what many think it does, we could be sending iMessages to Macs in the near future. We'll keep you posted. 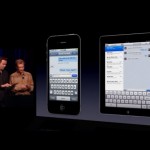 Are iMessages Coming To OS X Lion's iChat?
Nothing found :(
Try something else