You are using an outdated browser. Please upgrade your browser to improve your experience.
by Bryan M. Wolfe
November 11, 2011
One day after releasing iOS 5.0.1 to fix ongoing iPhone 4S and iOS 5 battery issues, Apple is admitting that some problems remain. This comes after numerous reports (including ours from yesterday) indicated the same. According to All Things Digital, Apple has today released the following statement:

“The recent iOS software update addressed many of the battery issues that some customers experienced on their iOS 5 devices. We continue to investigate a few remaining issues.”

As we reported, we’ve received numerous reports from readers indicating that the iPhone 4S battery life issues persist even with the iOS 5.0.1 update. In fact, one only has to look at Apple’s own support forum to see that there continues to be a lot of angry people over this issue. First recognized soon after the iPhone 4S and iOS 5 were released, the iDevice’s battery life issue is likely caused by a location services bug. Soon after the bug was uncovered, AppAdvice published a report, “Here Are 10 Ways To Improve Battery Life On The iPhone 4S.” If you are still experiencing battery problems even with the update, please review this article. If you are experiencing battery life issues on your iDevice even after installing iOS 5.0.1, we’d love to hear from you. Please let us know by using the comments below. 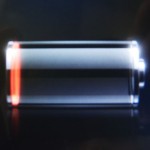