You are using an outdated browser. Please upgrade your browser to improve your experience.
by Joe White
November 27, 2011
Today has definitely been an interesting day for the jailbreak community. Both the Chronic Dev Team and the iPhone Dev-Team have made announcements regarding the untethered iOS 5 jailbreak and iPhone 4S unlock, and the good news is that solutions for both are in the works and will, at some point, become available. To begin, let's talk about what the Chronic Dev Team had to say. In a blog post written by Joshua Hill (also known as "p0sixninja"), it was announced that some of those five important exploits the team found in iOS 5 have, unfortunately, been patched by Apple:

First & foremost: during my JailbreakCon talk in September, I was excited to announce that the Chronic Dev team had already discovered 5 different exploits for use in our upcoming jailbreak. Unfortunately, that announcement was a bit premature, because in the subsequent weeks, Apple found & patched a (critical) few of those exploits, between the beta versions we used for testing and the final release of iOS5 on October 12.

Joshua Hill goes on to explain that a major issue the Chronic Dev Team is encountering regards crash reports, which iPhone handsets automatically send to Apple when the smart phone runs into a bug that causes an application to crash. This data, Hill notes, helps Apple in discovering the kind of exploits one might use to jailbreak an iOS device. In countering this issue, the Chronic Dev Team has decided to utilize Apple's crash report software for its own means:

Instead of allowing this vicious cycle to continue, we decided to write a new program to turn Apple’s own beast against its master, per se. All this program requires from you is to attach your iOS device to your computer and click a single button! At this point, the program copies all the crash reports off your device (which, under normal circumstances, would be sent right back to Apple), and instead sends this data to a secure, private server hosted by your friendly Chronic Dev Team. Next, our program needs to neuter your copy of iTunes, simply by changing your settings to prevent your computer from sending any further information from your device to Apple.

This application, which is currently in its beta stage of development and is available, for the time being, for Mac computers only (expect a Windows version within 24 hours, the team notes), quite literally allows jailbreak fans to help the Chronic Dev Team in developing an untethered jailbreak solution for iOS 5. The Chronic Dev Team adds:

Many thanks in advance for your prompt response & help in this effort, your continued support of GreenPois0n & the Chronic Dev team, and your patience while we continue our never-ending, diligent work on your (free!! coming soon!) untethered jailbreak for iOS5 and/or iPhone 4S.

Here's the picture linked in the Twitter update: No other information regarding the unlock has been given. It's great to hear that the iPhone Dev-Team is working on an unlock for Apple's fifth generation iPhone handset, but remember, in order to use ultrasn0w, a jailbreak solution for the iPhone 4S will first have to be developed. We'll keep you posted on both the Chronic Dev Team's untethered jailbreak solution for iOS 5, and the iPhone Dev-Team's iPhone 4S unlock. Remember, while no jailbreak solution is yet available for the iPhone 4S, iOS 5 devices (minus the iPad 2) can be jailbroken using redsn0w's tethered solution. For more information, take a look at our detailed how-to post. 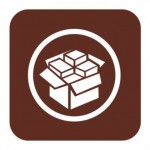