You are using an outdated browser. Please upgrade your browser to improve your experience.
by Lory Gil
February 26, 2012
In light of the recent hubbub surrounding the fact that a broken, unlicensed version of Pokemon Yellow made it all the way to number two of the most popular paid apps list, we thought we’d look into some developers that we believe might be trying to pull one over on us. Take a gander at what we have found and be sure to avoid them like the plague, or at least like a virus on your device.  When you’re done, check out Christine Chan’s stellar article on how to avoid scam apps. A few weeks ago, a public relations firm contacted me and asked if I would be willing to review Crystal War Blood Field ($0.99). The graphics were mediocre and the gameplay was unoriginal, but it wasn’t a terrible app. I was about to sit down to write my review when the app’s App Store page stopped me in my tracks. The app had just been released that day and it already had 10 ratings and 10 reviews, all of which were five-stars. The game was decent, but five stars, it was not. This prompted further investigation. One of the five star reviewers for Crystal War Blood Field had also reviewed an app called Live Wallpapers ($0.99) so I had to see if that app was also “shady.” It is. Live Wallpapers made it to the number 23 in the App Store’s top paid apps list. Currently, there are 131 five star reviews and 138 one star reviews. The negative reviews all have similar complaints referring to the app’s lack of features or not working at all. The disparity between the two is so big that it is likely that numerous fake five star reviews in the app’s early stages led unsuspecting buyers to download it, only to find out after the fact that it wasn’t what the developer promised. One of our readers contacted us regarding a developer that appears to be practicing “fishy” ranking tactics. Specifically, World Atlas for iPad ($1.99) has numerous complaints that the positive user reviews must be fake or paid for by the developer. From a quick glance, I noticed that many five star reviewers either had never reviewed another app (a red flag for fake comments) or had also given five star reviews to other apps from the same developer. Some PR firms have been known to use fake review tactics to help boost an app's visibility in the App store. The developer, Smart Solutions, appears to be participating in this kind of rank manipulation with World Atlas for iPad and at least two other apps.

Fake comments have been a problem since the App Store's inception. What about outright theft of well-known apps? For example, a developer named Anton Sinelnikov recently released a fake version of Temple Run (free), called Temple Jump. He also had a fake version of Plants vs. Zombies under the same name and an app called Numbers with Friends that looked remarkably like Zynga’s Words With Friends ($2.99).  Although Zynga doesn’t exactly have clean hands. They recently came under fire for their Tiny Tower (free) clone, Dream Heights (free). The offending apps have since been removed from the App Store, but the offending developer is still selling upwards of 20 apps. Participating in outright theft of a game seems like it should be justification for banning that developer from the App Store altogether. One of our readers told us about Volume Boost++ ($0.99) and Volume Solutions ($0.99), both by the same developer, Minoru Studio, and both received numerous complaints about being a scam. From the negative reviews, it appears that neither app increases the volume of your device, or does anything at all.

We’ve also heard from a reader that EclipseCraft ($1.99) by Top Best Adult Entertainment is showing images of Minecraft, but the actual app is a block jumping game. The same developer has an app called Tamagotchi ($0.99) that claims, “Play around with the temagotchi (sic) in a fun click based game. Interact and make him move around by playing with his left or right side clicks.” It is not a clone of the Bandai game of your childhood. It is a slot machine game. They also have a game called Craft ($0.99) that implies it is a Minecraft-type building game, but it is just a bunch of pictures of the game. Top Best Adult Entertainment just recently released a game called Micro Machines ($0.99). There are no reviews for it yet, but I would recommend that you skip it. It is probably a total fake.

Another developer that is practicing blatant scam tactics to dupe consumers out of a few bucks is Super Adult Games. The company currently has a game called Temple Fight ($0.99), which uses a nearly identical logo as Temple Run, but is a gallery shooting game and nothing remotely similar to the popular endless runner. The developer also has a game called Fruit vs. Ninja ($1.99),which is not a sword swiping game at all, but merely a game of tick-tack-toe. The same company also has a game called Zanda- Linked Swords ($1.99) which sounds like a Zelda clone, but it's not. 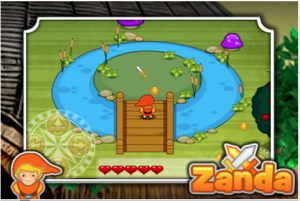 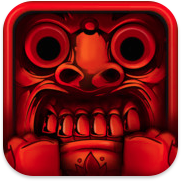 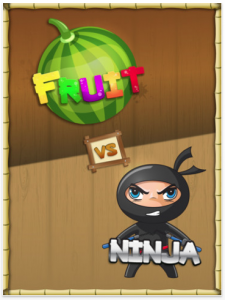 It may be inconvenient, sometimes you just want to hit that “Buy Now” button without checking into it, but the best way to avoid purchasing apps that are scams is to do your research. Our job as consumers is to learn about something before buying it. You wouldn't buy a television set without finding out if it works first. An app may only be $0.99, but that shouldn't stop you from finding out if it is legitimate. Read Christine Chan’s well-written guide to avoiding fake apps. In the meantime, have you been scammed by any developers? Call them out. 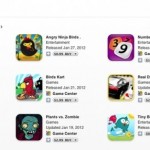 Don’t Get Fooled Again: We Are Calling Out Scam Artists In The App Store

Don’t Get Fooled Again: We Are Calling Out Scam Artists In The App Store
Nothing found :(
Try something else