You are using an outdated browser. Please upgrade your browser to improve your experience.
by Christine Chan
February 25, 2012

Well, 2012 certainly has proven to be a very interesting year, in terms of the App Store. This seems to be the year of the rise in “scam apps”: apps that are purposely designed (and disguised) to trick customers into thinking that it is the real deal. In February alone, we have had “Temple Jump,” “Temple Guns,” “Clear Todo,” and even a pair of fake Pokemon apps.

What do apps like these have in common? They all have names that closely resemble a popular app or game, and the app itself may even look like the original (as the first fake Clear app did). Some may even have fake screenshots (or even just a single screenshot – that’s so helpful), and don’t actually look anything like what you see in the App Store.

Whatever the case may be, these are all apps that you should be staying away from. But it’s hard to tell a scam apart from the real thing, right? That’s what I’m here to help you with – finding the good apps in all the muck (almost a million iOS apps total) that can be found in the App Store nowadays.

What Can You Do?

The most important tool that can help you find legit apps is to check the Internet for reliable sources of information, such as us here at AppAdvice, as well as many other popular Apple-related sites. Some of my personal favorites are MacStories, iMore, and TUAW.

There is actually the O.A.T.S policy that most sites abide by nowadays (including us here at AppAdvice). While you can read the legalese behind it, the basic gist of it is: writers do not accept “paid reviews” and don’t offer “expedited review” fees. Writers review and talk about apps because they want to of their own free will. So if an app is covered on a legit blog, that means that the writer behind it felt that it was good enough to be discussed and shared with the readers. Also, just because a developer paid for advertising on the site does not necessarily mean that they paid for a review; in fact, sometimes the app may not have been reviewed at all.

Regardless, following your favorite Apple and iOS related blogs is a great way to stay on top of the good apps out there, as well as avoiding the scams and fakes that just want to take your money and provide nothing of value in return.

This may be a bit harder to do, especially if you are just entering the world of apps. However, there’s always one thing that can be overlooked when you are staring at a new app in the App Store, and are unsure of how legit it is (especially if there are no reviews, which can happen for a lot of new releases): the developer’s website.

When you view a developer’s website, always check to make sure that it’s legit. If a developer has a blank page or some other incomplete information on it (maybe a “coming soon” page), then you should be wary and proceed with caution. However, if it’s a quality developer, then you should find screenshots, video, and other bits of information about their app (or apps). Having contact information is always good too, especially email (Twitter and Facebook are alright, though it may make communication a bit harder for those that aren’t on those networks).

Some developers these days may only have a Twitter page they link to. While this can be annoying, it’s always good to check out their tweets, as well as see what other people are saying about them with a simple Twitter search.

Most developers may have both a website and a Twitter account, which would be a bonus. Check out their Twitter profile – are they conversational? If so, then they are developers that care about the product and the customer, which is a great sign. These are quality developers.

It’s actually quite easy to tell apart the quality developers against the ones that just want to make a quick buck. But if you’re still having trouble determining if an app is good or not, you can always do a quick Google search (or Bing, Yahoo, or whatever else you use). It’s amazing what information can pop up about a developer, or even an individual app they make.

Sometimes, there’s a lot that can be said about an app that simply doesn’t work. If you are looking at a suspicious app, make sure that you check the App Store reviews. And by check, I don’t mean just take a quick look; you have to observe the number of ratings, and also sort by “Most Critical.”

This is important, because sometimes, shady developers pay for equally shady services that “advertise or guarantee top placement in App Store charts.” A huge amount of bots are created to repeatedly download the shady app and bump it in the charts, and they can also leave fake five-star reviews in the App Store as well.

If you notice that a lot of the five-star reviews sound and look the same, contain the same spelling and/or grammatical errors, and just sound cheesy, then make sure to take a look at the user’s profile. When you see that they review a lot of “crapps,” then you can be sure that these are some fake reviews that are only there to boost downloads and ratings.

Critical one-star reviews can be the most important, especially if they are all complaining about the same problem with the app. Make sure to check the Most Critical reviews before clicking on the “download” or “buy” button, otherwise you’ll probably regret wasting your time or money on it.

Make Sure The App Isn’t Abandoned

Some apps have long been “abandoned” by the developers. What do I mean by abandoned? It means that they have not been updated in a long time, perhaps at least a year (give or take a few months). Nothing is more frustrating than dropping your hard earned dough on something that isn’t even being constantly supported anymore.

Of course, there’s no exact time frame on how long an app has until it is considered abandoned, so for this one, use your best judgment. Always check when the app was last updated, and make sure to look for iTunes reviews for any signs of incompatibility with the latest OS – hey, these are apps that haven’t been updated for a while, who knows what gets broken over time.

It’s also a good idea to keep tabs on the developer’s blog, Twitter, or Facebook feed if they have one – valuable information on the progress of the app can be found with these sources.

If you really want the app and there’s no viable alternative, then keep an eye out on it for updates, though you could be taking a chance.

Yes, I just made that word up, but it’s just being aware about apps. The best way to find out about good apps is one of the oldest methods of all – word-of-mouth. Do you know any app-savvy friends or family that use a lot of apps? Ask them! Talk to them about what they use, why they use it, etc. Being able to try these apps out yourself (if they interest you) can also help you decide if you really want it before you drop the cash for it.

Of course, times have changed, and we have all of these fancy ways of communicating, so take advantage of it!

Twitter is a very valuable source of information for apps, as long as you are following the right people. Suggestion? Follow the Twitter accounts of the reviewers you read everyday – these people can give you valuable insight on what is going on in the app world, and you could even try asking them for personal recommendations. This can lead to even more similar people with app knowledge, and it becomes a valuable resource for finding what is good and what’s not.

Think Before You Leap (Or In This Case, Click “Buy”)

I’ve given you some general pieces of advice for the next time you are in search of a great new app (or just avoiding the next big scam going around). But here’s the most important one of all – just do your research.

1) Does this developer have a site with information and contact in case I have problems? Don’t fall blindly into a trap!

2) What are others saying about this app? Consult your sources.

There’s actually a lot of things that Apple could do themselves to make the App Store seem less…well, full of crapps, but we’ll save that for another day.

Now, let’s share! Have you ever fallen victim for one of these scams? How do you find good apps? Any tips you want to share with your fellow appaholics? 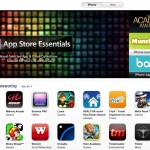 Don't Be A Sucker In The App Store: A Guide On Finding Good Apps

Don't Be A Sucker In The App Store: A Guide On Finding Good Apps
Nothing found :(
Try something else