You are using an outdated browser. Please upgrade your browser to improve your experience.
by A.T. Faust III
March 16, 2012

Like several AppAdvice staffers (and another million or so people worldwide), I received my new iPad today. The FedEx man knocked on the front door, traded the smallish parcel in his hands for my impatient signature, and -- as he sauntered back down the stoop and quickly drove away -- took a year's worth of speculation and waiting along with him. Only excitement remained.

I've been lucky enough to score an iPad on launch day three years running, so the actual unboxing experience wasn't high on my list of potential thrills. And for good reason: Ever since the first iPad shipped in 2010, Apple's trademarked minimalist packaging has played out the same way. Precious little saw any alteration from iPad to iPad 2, and the same is true as the market goes from iPad 2 to iPad (new). If you've ever unwrapped one of Apple's tablets before, you know the routine: Admire the bright white box, tear away its plastic covering, lift up the lid, take in the slate of metal and glass nestled neatly inside, gently lift the whole thing out, peel off the tacky fingerprint shield, and hold down that power button. If that's not how you do it, you're doing it wrong.

If the unboxing doesn't give you déjà vu, the iPad itself almost certainly will. At least, externally. As we already knew from March 7's big reveal, Apple's third-generation iPad looks nearly identical to the iPad 2. From the look and feel of the bezels beneath its Corning-coated face to the sleek aluminum curves of the ergonomic backside, every design cue mirrors exactly the form, fit, and finish of the 2011 model. Sure, this one's about 0.03 inches (0.6 mm) thicker and 50 grams heavier, but -- even holding it in your hands -- you're unlikely to feel any difference at all. The real magic here is what's inside the new iPad. However, thanks to yesterday's timely iFixit teardown, I don't have to actually rip my new baby apart to show you all the technological goodies hidden under its glossy hood (not that I'd do that, anyways). Aside from the much-publicized 1 GHz A5X SoC (which features a dual-core CPU alongside a quad-core GPU), the new iPad also sports 1 GB of RAM and a 5MP iSight rear camera that shoots 1080p video and takes some pretty nice stills, to boot (see the iPad 2 comparison gallery below). And, just as with last year's release, the new iPad is virtually all battery -- a massive, ultra-dense 11,666 mAh masterpiece of a battery. It might take a little longer to charge, but rest assured, it's worth every second of extra time. Of course, waiting's not always an option, and that's where the new iPad's (optional) 4G radio comes in. But this isn't just sneakily-branded HSPA+ -- No, Apple's included an honest-to-goodness LTE antenna onboard its newest tablet, and with reported cellular download speeds of 20-40 Mbps even in heavily-congested metropolitan areas, you'll never need to wait on the internet again. Still, as far as internals go, Apple doesn't really care whether you appreciate its new iPad's specs or not. Those in the know are more or less in utter awe, but Cook and company are far more concerned with the basic user's hardware experience. And, for said basic user, the single most important physical feature -- on the iPad or any other tablet -- is the screen itself. And the screen on the new iPad is amazing. We all knew the 264 PPI Retina display would be the bona fide belle of the ball, but knowing and seeing are two very different things. Until you actually get your own eyes on Apple's groundbreaking LCD, you can't possibly imagine how sharp, vibrant, and bright it really is. If you remember how jaw-dropping the jump was from iPhone 3GS to 4, you'll have some small idea of just how good this new IPS panel looks. Believe it or not, the new iPad display actually looks cleaner and crisper than than the iPhone 4's did those two years ago. Considering the screen is also significantly larger than that of its 3.5-inch little brother, it's no wonder that the new Retina display plays such an important role in advertising Apple's newest machine. I said it before, and I'll say it again:

It’s the biggest spec advancement the iPad’s ever had, and it’s sure to be the de facto standard for years to come. No other current tablet comes close...

Don't believe me? Check out Jim Dalrymple's recent review (via The Loop), where he compares the new iPad's Retina display to the high-definition revolution of yesteryear:

...I’m still lost for the proper analogy. The only thing I can think of that comes close is comparing it to the first time you ever saw an HDTV. Remember how startling it was to go from one of those giant standard definition projector TVs to an HDTV? That’s what this is like.

The new iPad ships with the recently-released iOS 5.1, and, unless you're totally new to the iPad game (in which case, prepare for revelation!), you already know how well the world's finest mobile operating system really works. iPad to iPad, iOS is everything its always been, with one small -- yet very large -- addition: dictation. Now, whenever you use the new iPad's onscreen keyboard, you'll see a microphone icon directly left of the spacebar. Tapping this (as I did to write this paragraph), you'll enter dictation mode, where the spoken word is effortlessly transcribed to written text. For those who spend lots of time composing essays, articles, blog entries, emails, and notes on their iPads, this small Siri carryover is nothing short of a godsend. (For those disappointed that the full Siri experience didn't make it to the big screen, Apple has several compelling reasons why its digital assistant had to call in sick.) As far as the software-side UX is concerned, everything is lightning fast. Not only does the A5X chew through the iPad's upgraded system visuals, it also makes much quicker work of browsing the Web, opening apps, and navigating between tasks. Of course, the GPU can't get all the credit -- That extra 512 MB of RAM makes a huge difference, too. So, while iOS hasn't really changed, the new iPad's stock iteration does represent the best overall experience to date. Just be aware that it might take all your apps a little time to catch up.

The question of value -- especially when discussing luxury items in the mobile computer realm -- is often set to a sliding scale, dependent on extremely personal factors like one's professional requirements, workflow habits, entertainment choices, and, perhaps above all, general income. Somehow, though, that's not really the case with the new iPad. Its $500 entry-level price-point puts it in line with most base-level laptops and mid-level netbooks, and -- for most folks' needs -- the iPad does everything expected of those cheaply-made, plastic, clunky solutions. Indeed, part of why the iPad's been so successful is its low comparative cost. More than any other consumer tech company, Apple controls its supply chain from start to finish. Via strategic partnerships and exclusive contracts, Apple's able to keep costs down while pumping out superior products. Mastering that process is how Tim Cook earned his place as Apple's new CEO, and he hasn't missed a beat since taking over the reigns. When the first iPad launched, I deemed it the best electronics purchase I'd ever made -- and the finest piece of consumer technology ever. I felt the same way about the iPad 2. And I feel the same way about the new iPad. If you don't have an iPad, it's time to upgrade. If you have a first-generation iPad, it's time to upgrade. If you have an iPad 2, it's time to upgrade. Assuming you can sell the latter for around $300 (Craigslist is your friend!), you'll walk away with a faster, better tablet -- and the nicest screen in the world -- for just a couple of Benjamins. And let's be real: The only better value than a brand new iPad is a brand new iPad for only $200.

Apple's new iPad is, by every definition, revolutionary. The game-changing Retina display. The unbridled speed of the A5X SoC. The most sophisticated and acclaimed mobile OS ever. The world's largest and finest selection of apps. The crowd-pleasing, competition-crippling retail price. All this adds up to a singular, industry-redefining must-have. The new iPad is the best tablet ever. Nothing else -- not even Apple's awesome iPad 2 -- comes anywhere close. If there was a tablet market yesterday, it no longer exists. But the iPad market is booming. [gallery link="file" order="DESC"] 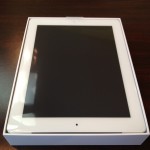 Apple's New iPad Redefines The Tablet Computer. Again.
Nothing found :(
Try something else