You are using an outdated browser. Please upgrade your browser to improve your experience.
by Joe White
March 20, 2012
Back in 2009, a video showing World of Warcraft running on an iPhone handset hit the Web, and fans around the world went crazy with excitement and anticipation. However, almost three years later, we've yet to see WoW for iOS launch in Apple's App Store. Fortunately for fans of the popular MMORPG, Blizzard producer John Lagrave notes that the company isn't changed its mind regarding a mobile version of WoW, and that an iPhone version of World of Warcraft is still a possibility. The news was revealed in an interview with Eurogamer, in which Langrave explained:

We won't do it until we think it's decent. But it's interesting and the world is evolving towards that little handheld device - I'd have fun on it, that's absolutely the case. It would be foolish for any game developer to not be looking at that and we're not - we don't think- we're foolish! So we certainly look at that, but we just haven't solved it. What we've done with WOW on mobile devices is very simplistic: view the armoury, you check your auctions - not just on mobile but also on web. When we have an epiphany, everyone will know. But for now, no epiphany!

It's a two-sided coin, this piece of news: one the one hand, fans will be pleased to know an iPhone version of World of Warcraft hasn't been scrapped - though at the same time, it doesn't sound like we're any nearer seeing a full WoW for iPhone application hit the App Store. Last year, another Blizzard employee told Eurogamer almost exactly the same thing. Clearly, Blizzard is interested in bringing World of Warcraft to iOS, but the company isn't going to develop and unleash an iPhone version of the game until they can get it right. Be sure to check out the full Eurogamer interview if you're interested in the possibility of WOW for iOS. 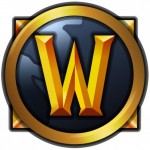 Attention, Goblin-Hunters: World Of Warcraft For iOS Could Indeed Still Happen
Nothing found :(
Try something else