You are using an outdated browser. Please upgrade your browser to improve your experience.
by Joe White
March 9, 2012
Last year, you might remember I covered the world's first jailbreak convention - "MyGreatFest" - in London, where the likes of Jay Freeman, the Chronic Dev Team and countless other jailbreak celebrities gave presentations and talks. Since, MyGreatFest has undergone something of a makeover - it's now WWJC (Worldwide Jailbreak Convention, or @JailbreakCon for short), and perhaps more importantly for many of our readers: it's ready to launch stateside. Yesterday, WWJC's organizers announced a time and place for this year's convention. WWJC 2012 will take place in the South San Francisco Convention Center, on September 29. Tickets haven't yet gone on sale (be sure to keep on checking WWJC's website). The convention already has a whole load of confirmed speakers - Jay Freeman and the Chronic Dev Team will make appearances again, and joining them will be Ryan Petrich, @iH8Sn0w and many more. For more information, head on over to WWJC's website - all the information you need is right there. And let us know in the comments if you're planning on attending this year's Worldwide Jailbreak Convention in the comments! 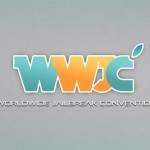 The Ultimate Jailbreak Convention To Take Place September, In San Francisco
Nothing found :(
Try something else