You are using an outdated browser. Please upgrade your browser to improve your experience.
by Brent Dirks
May 2, 2012
It looks like Zynga’s recent $200 million dollar acquisition of Draw Something maker OMGPOP might be running into some trouble. The BBC is reporting on stats gathered from WebMediaBrand showing the hit app has lost almost 5 million daily users in the past 30 days. Between April 2 and May 2, the active user count went from 14.3 million people per day to 10.4 million. WebMediaTrends only monitors Facebook usage data from mobile applications. And while a user only needs an email address to play the app, a large portion of Draw Something users connect via the social network. The number of casual users who play the app at least once a month have also been declining. Zynga recently announced that the app had been downloaded more than 50 million times in 50 days. More than 6 billion drawings have been created so far, with that number increasing by more than 3,000 per second. But the loss of users should be bothersome to Zynga. Especially in light of the recent news that Facebook’s recent acquisition of Instagram is adding 5 million users per week. Draw Something is a universal app and comes in a free, ad-supported version and a $1.99 ad-free edition. Have you continued to play Draw Something on your iOS device, or has the novelty of the game worn off? Can Zynga help mold the game into a cultural phenomenon like Angry Birds, or is Draw Something destined to be a footnote? (Image via drawsomethingart.com) 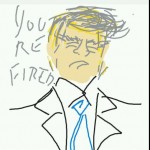 Draw Something Losing A Precarious Number Of Users

Draw Something Losing A Precarious Number Of Users
Nothing found :(
Try something else