You are using an outdated browser. Please upgrade your browser to improve your experience.
by Aldrin Calimlim
June 8, 2012
A screenshot of the navigation panel of the Facebook iOS app that made the rounds earlier today all but confirmed its imminent arrival. But now, Facebook has announced that its App Center has officially launched. App Center functions as a one-stop shop for apps, both Web-based and mobile, that connect with Facebook one way or another. On your desktop, you can go to facebook.com/appcenter to visit App Center, which Facebook asserts is not a store. Offering free apps for now, the new portal can also be viewed on Facebook's mobile site as well as on its main iOS client. Regardless, though, of whether you're browsing on your computer or on your iDevice, App Center is certain to redirect you to the App Store download page of any app you'd like to install. In the event that an app is already installed on your device, App Center simply launches it and authorizes it under your Facebook account. And following the already existing protocol, any app from the App Center lets you control your privacy and visibility. Facebook and, by extension, apps that feature Facebook integration, may not appeal to everyone. But for those who are keen on using the social network and its supported apps, App Center looks set to be a more streamlined and, of course, more social version of Apple's App Store. It's said to contain only high-quality apps that are actually used by people across the social network, including your friends. Initially housing over 600 apps, Facebook App Center has begun rolling out today to users in the U.S. For the rest of the Facebook-connected world, it's expected to launch in the next few weeks. Will you be "shopping" in Facebook's brand new App Center? 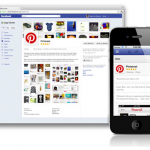 Facebook App Center Launches With Over 600 Facebook-Connected Apps
Nothing found :(
Try something else