You are using an outdated browser. Please upgrade your browser to improve your experience.
by Aldrin Calimlim
July 26, 2012
It's a truth almost universally acknowledged that the official Facebook app for iPhone is slow. So, when The New York Times reported late last June that a faster version of the app is due this month, users of the app naturally did some rejoicing. It turned out, though, that their rejoicing was somewhat premature. With only a few days left in July, the promised update to the app is still nowhere in sight. Apparently, that's because it's not pushing through after all — not this month, at least. According to a new report by Bloomberg, which also mentions plans for the long-rumored Facebook smartphone, the app is set to undergo a performance-enhancing update in the next couple of months. What's more, a "broader overhaul" of the app is expected to come out next year. Both plans are well and good, no doubt. But perhaps the most interesting part of the report is the sort of roll call of the former Apple employees tapped by Facebook to work on the app and other mobile ventures:

Former Apple staff hired by Facebook to work on mobile are: Greg Novick, who helped develop the touch-screen user interface; Tim Omernick and Chris Tremblay, who also worked on the device’s software; and Scott Goodson, who helped create the stock-market application, according to people with knowledge of the hires. Last year, Facebook also bought Push Pop Press, a digital publishing software maker co-founded by Apple alumni Mike Matas and Kimon Tsinteris, two designers who helped build the look and feel of the iPhone and iPad software. Matas is credited with creating the battery logo that shows on the iPhone screen when it’s charging.

Knowing that such an impressive group of accomplished people is working on the popular but plagued app is encouraging, to say the least. Facebook for iPhone is available in the App Store for free. It's actually a universal app that works with iPad as well. And by that I mean that it's just as slow on the iPad as it is on the iPhone. But with luck and a little help from Facebook's outstanding Apple harvest, so to speak, the app will cease to be so in the next couple of months. Source: Bloomberg Via: 9to5Mac 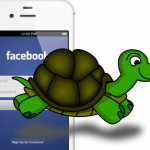 Apple Alumni Working To Release Facebook For iPhone Update In The Next Couple Of Months
Nothing found :(
Try something else