You are using an outdated browser. Please upgrade your browser to improve your experience.
by A.T. Faust III
July 17, 2012
I don't own a fifth generation iPhone, and I've never used Siri. Well, that's not entirely true. I've used her, here and there, when traveling with a so-betrothed buddy or fooling around with an acquaintance's handset, but I've never really gotten to know her. More accurately, I suppose, she's never really gotten to know me. But I hear tell she's a heartbreaker. Bryan's had an off and on relationship with the little lady, and now Bits' Nick Bilton is actively lamenting his past infatuation. Says the bilked Bilton,

Sounds like my regular Saturday night. But while Wolfe understands that Siri is getting better and remains content to stay faithful and wait it out (iOS 6 is just around the corner), Bilton has moved on to greener pastures. Or, as it were, greener robots:

...I’ve started seeing someone else. Her name, although not as mysterious or sexy, is Google Voice Search.

Surprisingly, he says the service is superior, calling Android's assistant a "much better listener" and "definitely smarter." And to Bilton's defense, depending on a given user's criteria, it might very well be. Several side-by-side comparisons seem to bear that out, and Siri's frustrating disconnect is summed up by the following test scenario:

If I ask Google Voice Search a question, like, “Who is Tim Cook?” it responds with an answer. (He’s the chief executive of Apple.) If I ask Siri the same question, the response is: “I don’t see Tim Cook in your contacts.”

From the outside looking in (or, in my case, from a lofty perch within the ethereal divide itself), it seems clear that, regarding Siri, Apple made a few decisions that didn't quite resonate with the public's expectations. Apple, as Bilton says,

was counting on [Siri] to change the way people searched for information on mobile devices. It wanted a head start.

Unfortunately, the technology to power a voice-based, wholesale search replacement is far away. Too far away, in fact, for Apple to hide it in the wings as refinement after refinement brings it closer to center stage. So they rushed. And for the product to make any inroads at all -- for it to make sense of the world around it (and the worlds asked of it) -- Apple had to dramatically limit its scope. Even at this stage of the game, Siri is a very sheltered gal. She doesn't stray far from home, and that's why, when asked about Tim Cook as outlined above, she stayed in and checked the old address book. Over time, though, she'll muster up more bravery and venture out into other areas near and far to better serve the intentions of her users. Come iOS 6, ESPN is probably game, Facebook's almost certainly on board, and a host of other avenues will assuredly be explored. Things are looking up. Of course, one of the largest problems facing Siri early on (and facing her still, particularly for the impatient) was that Apple went against its own mobile history and released a chunk of beta software as the flagship feature for an ultra-popular, industry-leading (and massively hyped) product. It was fun and engaging and moderately helpful, but Siri clearly wasn't ready for primetime. Unfortunately, her ads were. But, as Apple has always maintained, she's getting better all the time. A few weeks ago, Piper Jaffray analyst Gene Munster ran a simple test to see how Siri was faring some eight months after launch. He compared the personal assistant to Google's famous default search. Fortune's Philip Elmer-DeWitt summarizes the method and the results:

[Munster] (or his staff) asked an iPhone 1,600 questions, 800 on the busy streets of Minneapolis, 800 in a quiet room. Piper Jaffray published the results Thursday in a note to clients: "In order to become a viable mobile search alternative," Munster writes, "Siri must match or surpass Google's accuracy of B+ and move from a grade D to a B or higher." He estimates that Siri is more than two years behind Google in its learning curve, but he's optimistic: "With the iOS 6 release in the fall, we expect Siri to improve meaningfully while reducing its reliance on Google from 60% to 48%."

But Munster's test, if viewed as an analysis of total system efficacy or efficiency, is inherently flawed. Not only is it contrary to Siri's programming to understand multiple users on a single handset (she learns one voice and adjusts to it over time), pitting Siri against Google is not an apples-to-apples comparison in the first place. And this is a mistake -- perhaps the single biggest mistake -- that folks seem to be making in flogging the gal. Just try asking Google search to set your iPhone's alarm clock, and you'll understand what I mean. See, for all of Apple's perceived missteps, Siri has always been marketed as a personal assistant. She has never been presented as an overt replacement for traditional search, and while everyone knows that's coming somewhere way down the line, it's inappropriate to expect such external perfection so soon. Fortunately, most people don't. Bilton cites a recent survey by Parks Associates, wherein director John Barrett came to the following conclusion:

"Although there were some mild frustrations, most people really like the service." ... Of those surveyed, he said, 55 percent gave Siri a high rating, 21 percent said it was quite satisfactory, and only 10 percent were completely dissatisfied.

In other words, three out of every four users are more than satisfied with Apple's personal assistant. For a beta product, those are numbers the Cupertino company can definitely live with. And remember, in a few short months, Siri's coming to iPad. With so much extra space to stretch her legs, she can't help but to start growing up. One day, when she's a little bit older, maybe I'll take her out for a spin. 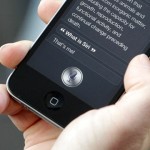 Editorial: Siri No 'Dumb Blonde,' Just Needs To Grow Up

Editorial: Siri No 'Dumb Blonde,' Just Needs To Grow Up
Nothing found :(
Try something else