You are using an outdated browser. Please upgrade your browser to improve your experience.
by Aldrin Calimlim
August 22, 2012
A few days ago, it was confirmed that AT&T will not be charging its subscribers for using FaceTime over cellular. But there’s a catch: those who wish to use the upcoming iOS 6 feature at no additional cost will have to be subscribed to one of AT&T’s Mobile Share plans. Unsurprisingly, not a few people have been up in arms about the policy, including the folks from Public Knowledge. The Washington, D.C.-based interest group has stated that AT&T is effectively violating the Open Internet rules set by the Federal Communications Commission. In line with this, the well-known media reform organization Free Press has just put up an online petition in hopes of thwarting what it regards as “AT&T’s latest attack on Net Neutrality.” The body of the petition, which Free Press encourages concerned citizens to sign and submit, reads as follows:

Dear FCC Commissioners, AT&T just announced it’s blocking the FaceTime video calling app on its customers’ iPhones unless they subscribe to a more expensive text-and-voice plan. This is a clear violation of Net Neutrality and of your own Open Internet rules. AT&T knows that if it can get the FCC to condone this kind of Net Neutrality violation, then they can get away with just about anything. I urge you to put a stop to AT&T's anti-consumer and anti-Net Neutrality actions.

Alongside the petition itself, Free Press outlines several reasons behind its latest advocacy. AT&T, however, maintains that its policy is not in violation of any FCC rules. "FaceTime is available to all of our customers today over Wi-Fi," an AT&T spokesperson told Ars Technica. "And we're now expanding its availability even further as an added benefit of our new Mobile Share data plans." Will you be signing the petition against AT&T’s supposedly unfair FaceTime over cellular policy? Source: Free Press Via: The Verge 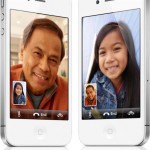 Are You Against AT&T's FaceTime Over Cellular Policy? Sign The Free Press Online Petition!
Nothing found :(
Try something else