You are using an outdated browser. Please upgrade your browser to improve your experience.
by Brent Dirks
August 3, 2012
While two tech giants are currently slugging it out in a California courtroom, it looks like the battle has just begun between a pair of gaming heavyweights. EA has filed suit against Zynga, claiming that Zynga’s new Facebook game, The Ville, is a direct copy of The Sims Social. Lucy Bradshaw, general manager for the Maxis label, explained EA’s reasoning behind the suit in a blog post :

When we launched The Sims Social in August 2011, Maxis brought the distinctive universe of our world-renowned franchise, The Sims, to Facebook. We created a game that allowed players to create Sims that can interact with the Sims of their Facebook friends. It was an instant hit, gaining tens of millions of users, many of whom continue to play the game after nearly a year since launch. As outlined in our complaint, when The Ville was introduced in June 2012, the infringement of The Sims Social was unmistakable to those of us at Maxis as well as to players and the industry at large. The similarities go well beyond any superficial resemblance. Zynga’s design choices, animations, visual arrangements and character motions and actions have been directly lifted from The Sims Social. The copying was so comprehensive that the two games are, to an uninitiated observer, largely indistinguishable. Scores of media and bloggers commented on the blatant mimicry.

The Ville was introduced at Zynga's recent developer’s summit. The oft-derided company has been known to copy a successful title if it can’t be purchased outright. But EA apparently is the first company ready to wage an all-out battle over the practice, according to the blog post:

This is a case of principle. Maxis isn’t the first studio to claim that Zynga copied its creative product. But we are the studio that has the financial and corporate resources to stand up and do something about it. Infringing a developer’s copyright is not an acceptable practice in game development. By calling Zynga out on this illegal practice, we hope to have a secondary effect of protecting the rights of other creative studios who don’t have the resources to protect themselves.

Zynga’s General Counsel, Reggie Davis, has also given a statement to The Next Web:

We are committed to creating the most fun, innovative, social and engaging games in every major genre that our players enjoy. The Ville is the newest game in our ‘ville’ franchise – it builds on every major innovation from our existing invest-and-express games dating back to YoVille and continuing through CityVille and CastleVille, and introduces a number of new social features and game mechanics not seen in social games today. It’s unfortunate that EA thought that this was an appropriate response to our game, and clearly demonstrates a lack of understanding of basic copyright principles. It’s also ironic that EA brings this suit shortly after launching SimCity Social which bears an uncanny resemblance to Zynga’s CityVille game. Nonetheless, we plan to defend our rights to the fullest extent possible and intend to win with players.

While I’ve been a detractor of EA’s sleazy practices before, I’m glad to see the company is willing to take on Zynga in court. 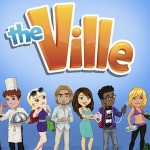 EA Finally Does Something Right By Filing Suit Against Zynga Over Alleged Copyright Infringement
Nothing found :(
Try something else