You are using an outdated browser. Please upgrade your browser to improve your experience.
by Joe White
October 16, 2012
Apple's long-rumored iPad mini event, which is expected to take place on Oct. 23, could include the launch of a revamped Mac mini, sources claim. Already, we've heard that a number of other Mac products could be announced at the event, during which Apple is expected to unveil a new, small-size iPad. However, a recent report claims that revamped Mac minis will also launch at the event. 9to5Mac reports:

Alongside the smaller iPad, Apple plans to announce a new version of its Mac mini. Sources say that these Mac minis will come in two standard configurations, with different storage and processor options, and a third model that runs OS X Server. These new Mac minis are said to begin shipping immediately after announcement. Apple last redesigned the Mac mini with a unibody aluminum enclosure in 2010, and last updated the computer with faster processors last summer. These current Mac minis are on last-generation chipsets and lack USB 3.0, so we should be seeing those components updated in these new models.

As of this moment, invitations for the rumored event haven't yet been sent out. Though of course, there's still time. If we hear anything more about Apple's expected iPad mini event, we'll let you know. So be sure to check back with us. Source: 9to5Mac 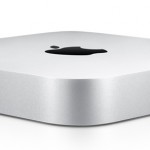