You are using an outdated browser. Please upgrade your browser to improve your experience.
by Bryan M. Wolfe
October 15, 2012
While much of the attention in recent days has focused on the so-called “iPad Mini,” other new Apple products could also launch very soon. One of those could be a 13-inch MacBook Pro with Retina display, according to 9to5Mac. Even before Apple unveiled the iPhone 5 on Oct. 12, many were reporting that Cupertino would hold two events this fall. Now, with the iPad Mini launch event likely on Oct. 23, we’re beginning to hear more about what those other products could be. According to the report, the 13-inch MacBook Pro refresh will be thinner and lighter than the current model. As such, it will look much like the 15-inch MacBook Pro that Apple launched in June. Additionally, the new 13-inch MacBook Pro will be sold in two configurations, with “differing processors and storage, and will be available for purchase soon after introduction.” Also possible at this month’s event are a modified iPad, and a new 27-inch iMac. Also, iTunes 11 could make its appearance at the event. At the iPhone 5 event, Apple unveiled the sixth generation phone, iOS 6, and new versions of the iPod touch, iPod nano, and iPod shuffle. Hopefully, we’ll hear from Apple soon about next week’s possible iPad Mini event. Until then, stories like this are only rumors. As per usual, we’ll keep you updated. For more information, see The iPad Mini And Its Likely Competitors: Prices And Specs That May Work, Color Me Crazy, But Maybe Apple Should Launch Multiple iPad Minis, and All Of The Wacky 'iPad Mini' Rumors In One Fantastic Place. What would you like to see at Apple's next event? Source: 9to5Mac 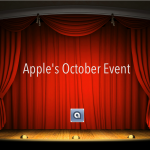 The ‘iPad Mini’ Event Could Also Launch 13-Inch MacBook Pro With Retina Display And More
Nothing found :(
Try something else