You are using an outdated browser. Please upgrade your browser to improve your experience.
by Aldrin Calimlim
October 12, 2012
The so-called iPad mini is said to be launched by Apple on Oct. 23, according to a new report by AllThingsD. "People familiar with Apple’s plans tell us that the company will unveil the so-called 'iPad mini' on October 23 at an invitation-only event," writes AllThingsD's John Paczkowski. If you'll recall, AllThingsD reported in August that the iPhone 5 and the iPad mini would be launched by Apple separately. This contradicted previous reports that speculated that the two devices would be launched during a single Apple event. Well, the iPhone 5 had indeed been launched last month with, notably, no iPad mini in tow. The latter device has since been believed to be launched this month. And now we have a probable iPad mini launch date to expect. Make that another iPad mini launch date, since Fortune had previously predicted that the device would be launched on Oct. 17. Fortune also conjectured that press invitations for the iPad mini event would be issued on Oct. 10. But, alas, Oct. 10 had come and gone with nary an invitation in sight. AllThingsD has a pretty excellent track record as an Apple event predictor, so it's highly likely that the iPad mini will be officially introduced on Oct. 23. As for the specifications of the long-rumored mini tablet, AllThingsD simply reiterates what we already expect the device to be:

Sources say the iPad’s diminutive sibling will feature a 7.85-inch liquid-crystal display and a Lightning connector. It will also probably be thinner. And that’s about it.

Well, we only have 11 days to go before we find out for sure. Source: AllThingsD 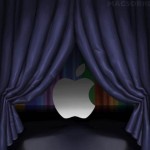 At Long Last, Long-Rumored iPad mini To Be Launched By Apple On Oct. 23?

At Long Last, Long-Rumored iPad mini To Be Launched By Apple On Oct. 23?
Nothing found :(
Try something else