You are using an outdated browser. Please upgrade your browser to improve your experience.
by Joe White
December 4, 2012
Here at AppAdvice, we've been following the progress of the forthcoming "jOBS" movie with great interest. Now, the film, which stars a bearded Ashton Kutcher as the late Steve Jobs, is set to debut in January at the 2013 Sundance Film Festival. The film festival is set to take place at Park City, Utah, from Jan. 17 to 27. According to the Sundance Film Festival press release, "jOBS" is set to premiere on the final night:

Outside of the Sundance Film Festival, we're not sure when "jOBS" will launch either in theaters nationwide, or as a TV movie. Of course, we'll keep you posted on the status of the film. In the meantime, feel free to share your thoughts on Kutcher-as-Jobs in the comments. Via: iDownloadBlog 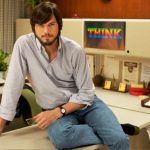 Ashton Kutcher's 'jOBS' Film To Premiere In January At Sundance Film Festival
Nothing found :(
Try something else