You are using an outdated browser. Please upgrade your browser to improve your experience.
by Aldrin Calimlim
December 24, 2012
Mew-Genics, the upcoming game from Super Meat Boy creator Team Meat, is going to be released on multiple platforms, among which is iOS. That much is said by Team Meat in the text of its ninth Mew-Genics teaser, which is reproduced in its unexpurgated entirety below:

This text is accompanied by an image of an iPad showing a title screen for the game. So, Mew-Genics is surely going to be available on iPad and iPad mini. Whether it's going to be compatible with iPhone and iPod touch as well is yet to be confirmed, though. If you can't see the video embedded above, please click here. In any case, Mew-Genics, whose title theme is embedded above, is shaping up to be one strange game. But that's hardly surprising, considering that it's from the same guys that made the weirdly enjoyable console platformer Super Meat Boy, which is coming soon to iOS. After introducing the game in progress last Oct. 20, which was a Saturday, Team Meat has been coming out with a new teaser for Mew-Genics every Saturday, or Caturday, thereafter. The latest of these teasers is the aforementioned platform availability announcement. And in case you're wondering about the nature of the previous eight teasers, just click here to be enlightened. Or be not enlightened. Mew-Genics is that strange. Source: Team Meat Via: Pocket Gamer 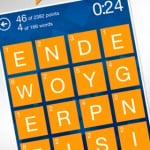 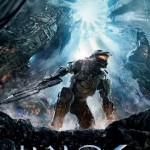 Not One, But Two Halo 4 Games Arrive In The App Store ... But Are They For Real?
Nothing found :(
Try something else