You are using an outdated browser. Please upgrade your browser to improve your experience.
by Aldrin Calimlim
January 21, 2013
Well, well, well, look what we have here. That's right: three wells. One well each for the three new iPhone models that Apple will announce in 2013, according to China Times. Citing the Taiwan-based Commercial Times, China Times reports that Apple is going to launch two new iPhone models by June and a third new model by December. Now here's where things get a bit more interesting … According to supply chain insiders, the first two models feature 8-megapixel cameras. And they are the 4-inch iPhone 5S (no surprise there) and — wait for it — the 4.8-inch iPhone Math. What the?! Granted, iPhone Math may just be a codename. And as pointed out by AppAdvice reader Shane in the comments below, a better translation would be iPhone Plus. Regardless, a 4.8-inch iPhone arriving less than a year after the iPhone 5 sounds a little too aggressive, don't you think? And whatever happened to Apple's thumb-driven "dazzling display of common sense"? But that's not all. Apple is also rumored to release a third iPhone model. But, surprisingly, it doesn't appear to be the low-cost iPhone model that's been widely reported recently. Rather, it appears to be a different model that will, most notably, feature a 12-megapixel camera. As if to lend credence to this new set of rumors, some specifics of the new iPhone models' production have also surfaced. Production is said to begin in late April, with Foxconn handling 90 percent of the manufacturing orders. Largan, Fujikura, Flexium, Coxon, and Foxlink are also mentioned as prospective suppliers. But that's not all, again. China Times also reports that the fabled iTV will be launched in 2013, being one of the seven or eight new Apple products set for release in the year. Source: China Times Via: BrightWire 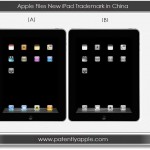 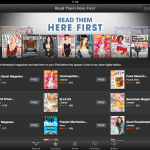 Be Among The First To Read Popular Hearst Titles Through Apple's Newsstand
Nothing found :(
Try something else