You are using an outdated browser. Please upgrade your browser to improve your experience.
by Casey Tschida
January 13, 2013
Announced in November 2012, the iUFO is the latest iPhone-controlled toy being sold through iHelicopters.net. Similar to their other unique offerings, the wall climbing car and insects, I've decided to try this entertaining gadget at my own playground. Getting the general description out of the way, I'll mirror much of what I said late last year. Something of a flying gyroscope, this nearly 8-inch spherical wonder whisks through the sky with ease and a bit of stealthiness due to the minimal surface area. As you can see in the photos and demonstration video, there isn't much to the device except three rotors, the control system, and a round, frame-style cage. Integrated into the control unit is a flashing LED, although, it's not stated in the specifications or feature lists. Just like most of the other app-controlled products we've posted about, the iUFO has a 20 to 35 foot line-of-sight control range using infrared technology and charges via USB. The runtime is estimated to be upwards of 10 minutes on average with a full charge requiring at least 30 minutes. Now that the tech spec portion is complete, we can move onto the personal opinion section. Foremost, most of you are probably asking, "What's so cool about a flying ball?" Well, what about the Death Star? Not a fair comparison? Fine. Anyway, the serious argument is that the iUFO isn't an AR.Drone or RC assault helicopter, right? True, but the iUFO does have its advantages. In my opinion, the biggest pro of the spherical aircraft is durability. Even though the iUFO can still be damaged, it can take quite a beating from all sides without needing to take a time out for maintenance. I wish I could say the same for my iOS-controlled heli, which has had a few ceiling, wall, and floor collisions. One of the other positive is indeed the iUFO's appearance. It does turn some heads when you make a flight in public, although, the reaction certainly wears off in a few minutes or so. If you're good enough for night flight, the flashing LED of this mysterious and somewhat stealthy craft will cause some talk. Taking a look at the negatives, the iUFO suffers from three control issues. Common to all of the mini RC aircrafts, the first is wind. Even a small breeze or fan can push these tiny flyers off course. The second is a two-parter dealing with direction. Due to the iUFO's symmetry, that is, no tail, keeping track of what direction is forward becomes a game in itself. The LED is the only significant indicator while in flight. Also without a tail boom and fin or steering rotor, the rotation of the main rotor blades results in a stronger turn in one direction than the other. Obviously, the condition makes keeping the direction even more challenging. A final issue deals with the use of IR. Control commands are quite reliable indoors, but outdoor flight can be annoying as the sun's rays cause a lot of interference. Overall, the iUFO is a fun toy to have around. Everything considered, I would tag the price as the biggest hurdle. However, the higher durability factor does help balance the equation, at least notably. Therefore, as always, the decision boils down to whether the niche idea is intriguing enough. The iUFO is priced at $59.95. The package includes the iUFO, IR transmitter, USB cable, spare rotor blades, and instructions. In addition, you'll need to install the free I-UFO app on your iPad, iPhone, or iPod touch running iOS 3.0 or later. While functional on iPad, iPhone 5, and fifth generation iPod touch, I-UFO's user interface is not optimized for the increased resolution of these iDevices. 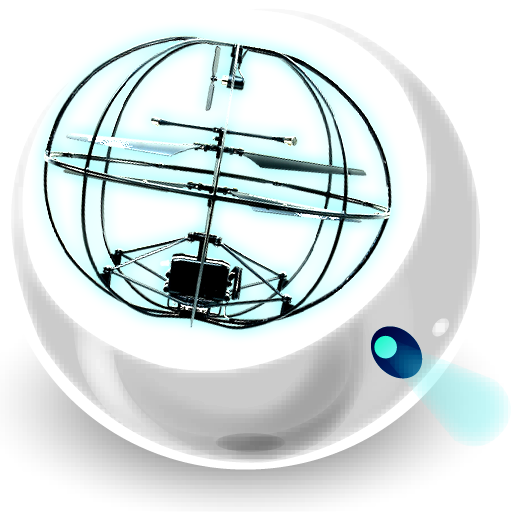 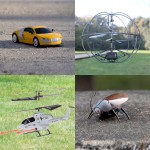 A Serving Of Savings Awaits You At iHelicopters.net 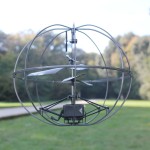 Create Some Neighborhood Gossip With The iPhone-Controlled iUFO
Nothing found :(
Try something else