You are using an outdated browser. Please upgrade your browser to improve your experience.
by Aldrin Calimlim
January 2, 2013
Apple has already requested Taiwan Semiconductor Manufacturing Company (TSMC) to produce its next-generation A6X processors, reports the Taiwanese financial newspaper Commercial Times. There has been widespread speculation that TSMC is set to take over production of Apple's iDevice processors from Samsung. Samsung is the supplier of the current A6 and A6X processors found in the iPhone 5 and the fourth-generation iPad, respectively. But Samsung is also, by all appearances, Apple's foremost competitor and litigator. Not unreasonably, the Cupertino-based iDevice maker seems intent on cutting ties with the South Korean electronics company. And one way of doing this is to partner with TSMC, which happens to be the world's largest dedicated independent semiconductor foundry. TSMC is expected to start producing the A6X processors, which will be of the 28 nm type rather than the 32 nm type from Samsung, in the first quarter of 2013. This is earlier than what had been forecast by industry officials, who predicted that Apple would switch from Samsung to TSMC in the second half of the year. TSMC's A6X yield is expected to be mounted on the fifth-generation iPad and the second-generation iPad mini, which are rumored to be released early this year. While it hasn't officially commented on the matter, the semiconductor company has also been pegged as the likely supplier of Apple's 20 nm A7 processors. Source: Commercial Times Via: Yonhap News 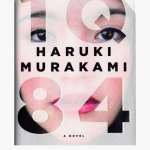 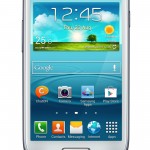