You are using an outdated browser. Please upgrade your browser to improve your experience.
by Aldrin Calimlim
January 27, 2013
After reporting "another record-setting quarter" last Wednesday, CEO Tim Cook congratulated Apple employees and invited them to attend an employee communications meeting. The town hall meeting, as it is otherwise called, was held on Thursday morning at the auditorium of De Anza 3 in Cupertino. The meeting was open to Apple executives and employees only, of course, and it was broadcast live throughout Cupertino and at many other Apple locations. However, 9to5Mac has managed to gather some important details from the event. According to 9t05Mac, Cook discussed a number of things, including Apple's stock, employee perks, supply chain, retail, Android, and China. Acknowledging the recent drop in Apple's stock value, Cook reportedly reiterated to his team that Apple "just had the best quarter of any technology company ever." Cook also pointed out that Apple is not primarily concerned with share price. Rather, he reportedly noted that the company is, above all, interested in making innovative products that customers love. Cook also announced a new employee benefit in the form of an expansion of the existing Employee Purchase Plan (EPP) program. The expanded program entitles employees to discounts on unlocked iPhones in addition to other Apple products. As for the company's supply chain, Cook said that Apple will continue to uphold supply chain transparency ahead of its competition. In fact, just a couple of days ago, Apple released its latest Supplier Responsibility Progress Report. Perhaps most notably, Apple revealed in the report that it had cut ties with one of its major suppliers on account of underage labor. Also in the meeting, Cook said that, after the departure of John Browett last year, the search for Apple's head of retail is still ongoing. Moreoever, Cook commented on Android to the effect that the Google-produced platform is "about market share with its range of devices and low pricing, while iPhone and iPad products are about experience, top hardware and software quality, and, most importantly, actual usage by customers." Cook also recognized the importance of emerging markets, foremost of which is China. In particular, he said that China has exceeded the U.S. in terms of Apple's growth. In that case, Cook may soon be realizing his hope of seeing China as Apple's largest market. For more details on Apple's town hall meeting, head over to 9t05Mac. For the details of the precursive earnings report, see Apple Reports Record Number Of iPhone And iPad Sales, Clears $54.5 Billion In Revenue. Source: 9to5Mac

Apple Reveals Termination Of Partnership With Supplier Over Underage Labor 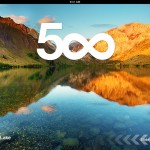 Apple Pulls 500px From App Store For 'Featuring' Pornographic Content
Nothing found :(
Try something else