You are using an outdated browser. Please upgrade your browser to improve your experience.
by Aldrin Calimlim
February 13, 2013
Apple was tonight given a special mention by President Barack Obama during his 2013 State of the Union address. In his address delivered before a joint session of Congress, President Obama mentioned Apple as one of the American companies set to bring jobs back from abroad. Specifically, the President referred to the Cupertino-based company's intention to bring Mac production back to the U.S. this year, as announced last December by Apple CEO Tim Cook. President Obama said:

You can watch the State of the Union address in its entirety in the video below, courtesy of The New York Times. The relevant quotation above can be heard between the 23:52 and 24:24 marks. If you can't see the video embedded above, please click here. In the video, Apple CEO Tim Cook can be seen smiling in agreement after President Obama mentioned Apple. As reported yesterday, Cook was invited to attend the State of the Union address as one of first lady Michelle Obama's guests. According to a White House official, Cook was given the honor of sitting in the first lady's box since he "heads a company that underscores America's innovation economy." Prior to attending the State of the Union address, Cook gave a presentation at the Goldman Sachs Technology and Internet Conference. There he discussed various topics, including Apple's new executive team and the company's future. 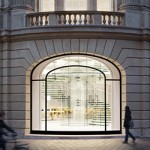 Apple Is Temporarily Closing 20 Retail Stores, But For A Really Good Reason 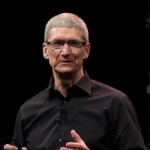 Apple's Tim Cook Discusses Jony Ive, Apple's Future And Even Prozac At Conference
Nothing found :(
Try something else