You are using an outdated browser. Please upgrade your browser to improve your experience.
by Aldrin Calimlim
February 15, 2013
Apple has acknowledged the presence of a newly discovered security bug in iOS 6.1 that allows anyone to bypass the iPhone's lock screen. In a statement given to AllThingsD, the iDevice maker said that it is already working on a fix for the issue:

Reached for comment, Apple said it is hard at work on a fix. "Apple takes user security very seriously," spokeswoman Trudy Muller told AllThingsD. “We are aware of this issue, and will deliver a fix in a future software update."

The issue, which was first detected by YouTube user videosdebarraquito, provides an intruder with access to an iPhone's Phone app, contacts, voice mail, and photos. If you can't see the video embedded above, please click here. As seen in the video above, the method for bypassing the lock screen is somewhat complicated. Indeed, one AppAdvice commenter joked about its trickiness: "Make an emergency call, cancel, hit the power button twice and then sacrifice a cattle to the dark lord while baking some cake in a Brick oven." Be that as it may, any security flaw, however complex a barrier to entry it may entail, is not something that should be taken lightly. To be sure, it's encouraging to know that Apple is already working to squash this security bug. But then again, it shouldn't have found its way to iOS 6.1, considering that a similar bug had previously been detected in iOS 4.1. Since its release a little over a couple of weeks ago, iOS 6.1 has turned out to be riddled with problems. A 3G performance issue and an Exchange bug has also been found in iOS 6.1. The former has been fixed by Apple with the release of iOS 6.1.1 just last Monday. The latter, for its part, has also been acknowledged by Apple, which has promised to fix it also in an upcoming software update. 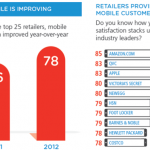 Amazon, Apple Battle It Out At Top Of New Customer Satisfaction Survey 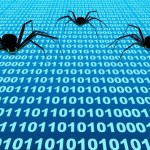 Be Very Careful Using iOS 6.1 As New Security Bug Is Uncovered
Nothing found :(
Try something else