You are using an outdated browser. Please upgrade your browser to improve your experience.
by Aldrin Calimlim
February 25, 2013
Google has been doing well lately with their recently updated apps for iOS. But if there's one app I'd like Google's iOS apps team to focus on, it's the official Google Talk app, which is yet to be realized. And if and when it finally gets released, I hope Google Talk for iOS, or at least its Gchat layer, looks like this design concept I'm about to feature. This concept is envisioned by London-based designer Tim Green. Green says on his page on the popular portfolio site Behance:

After searching for a decent Google chat app to keep in touch with my colleagues in Hong Kong we were unable to find anything that didn't either look incredibly ugly or barely work. I decided as a little weekend/evening project to have a go at putting something together and this was the result of half a week of evenings feverishly hunched over Photoshop by moonlight.

Green's Google Talk iOS app concept has a color scheme consistent with Google's recently established look and feel on iOS. In addition, it offers sidebar-assisted navigation, which, of course, is the way to go nowadays. You can check out the specifics of Green's concept on Behance. Highlights include gestures for additional actions, a clean conversation view, and contact favorites grouping akin to Facebook Messenger for iOS. Green encourages anyone who wants to develop his conceptualized app to get in touch with him. I for one hope someone from Google does get in touch with him to bring his concept to fruition. Do you? Via: Beautiful Pixels 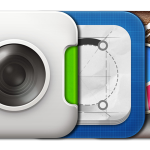 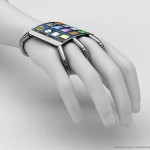 Creepy Wearable iPhone Mockup Is Creepy
Nothing found :(
Try something else