You are using an outdated browser. Please upgrade your browser to improve your experience.
by Aldrin Calimlim
February 11, 2013
The Apple vs. Samsung legal battle has been going on for a quite a while now, with the former famously winning a billion-dollar verdict against the latter in August last year. But according to a new article by Reuters, this battle wouldn't have begun in the first place if only Tim Cook had his way. In a report titled "Insight: Apple and Samsung, frenemies for life," Reuters reiterates the Apple CEO's original stance on the legal rivalry between the two companies. Apparently, Cook never wanted to sue Samsung in the first place. That is, if only he had his way, Apple wouldn't have gone to court against Samsung. This was on account of the latter's major role as a component supplier for the iPhone and the iPad. The iPhone and the iPad are, of course, the very devices that Samsung allegedly copied. Consequently, numerous patent infringement lawsuits had been filed against the South Korean company at the behest of Cook's predecessor, Steve Jobs. As documented in Walter Issacson's biography of the late Apple CEO, Jobs was more than willing to "go thermonuclear war" on stolen products, particularly the supposed iOS clone Android. Android happens to power most, if not all, of the Samsung devices involved in the lawsuits filed by Apple. Cook, for his part, maintains his aversion to litigation and prefers to settle rather than battle. But he also notes the need for Samsung and Apple's other competitors to "invent their own stuff." Source: Reuters Via: 9to5Mac 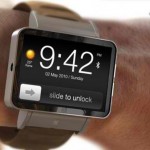 It's About Time: Apple Reportedly Experimenting With Designs For Fabled iWatch

Apple's iOS 6.1 Reportedly Plagued By Battery, 3G And Syncing Issues
Nothing found :(
Try something else