You are using an outdated browser. Please upgrade your browser to improve your experience.
by Aldrin Calimlim
February 11, 2013
Not one, but two high-profile publications have just lent credence to long-standing rumors surrounding the fabled iWatch. First came The New York Times. Then came The Wall Street Journal. In their respective reports, both publications claim that Apple is experimenting with designs for a wristwatch-like device. The Wall Street Journal reports that "the company would release a product with many different functions and that the device would work closely with the iPhone." The New York Times echoes this, saying that the device would "operate on Apple's iOS platform" and that it would "stand apart from competitors based on the company’s understanding of how such glass can curve around the human body." Thus understanding is established through Apple's access to the various technologies required to make such a device. And perhaps foremost of these is curved-glass technology, which Apple can take advantage of in partnership with Corning. Corning is the maker of the damage-resistant Gorilla Glass used in the iPhone. In addition, Foxconn, Apple's largest manufacturing partner, is said to be working on technologies that could be used in wearable devices such as the so-called iWatch. Specifically, the Chinese company is striving to make displays for such devices more power-efficient. As iOS-connected smartwatches like the Pebble and the Cookoo gain more traction, is the dawn of the iWatch — presumably the smartwatch to end all smartwatches — finally upon us? Sources: The New York Times, The Wall Street Journal Via: 9to5Mac Image: ADR Studio 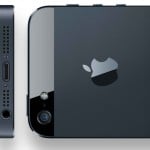 Bolstered By iPhone 5, Apple Takes 22 Percent Share Of Global Smartphone Market
Nothing found :(
Try something else