You are using an outdated browser. Please upgrade your browser to improve your experience.
by Aldrin Calimlim
February 21, 2013
It's something that should have happened way earlier but is only about to happen. Nevertheless, it's encouraging to know that it is set to happen. Without further ado, this is "it": the popular information and measurement company Nielsen is planning to expand its definition of TV viewing. According to a new report by The Hollywood Reporter, Nielsen has agreed to measure TV-enabled devices like the iPad in addition to traditional TV ratings measurement systems. The move comes as a result of a recently concluded meeting in New York attended by broadcasters and advertisers alike. The Hollywood Reported summarizes Nielsen's plan thus:

By September 2013, when the next TV season begins, Nielsen expects to have in place new hardware and software tools in the nearly 23,000 TV homes it samples. Those measurement systems will capture viewership not just from the 75 percent of homes that rely on cable, satellite and over the air broadcasts but also viewing via devices that deliver video from streaming services such as Netflix and Amazon, from so-called over-the-top services and from TV enabled game systems like the X-Box and PlayStation. While some use of iPads and other tablets that receive broadband in the home will be included in the first phase of measurement improvements, a second phase is envisioned to include such devices in a more comprehensive fashion. The second phase is envisioned to roll out on a slower timetable, according to sources, with the overall goal to attempt to capture video viewing of any kind from any source.

In particular, Nielsen intends to roll out a purpose-built method for measuring TV viewing on the iPad by the end of the year. 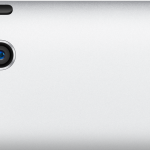 Thousands Of iPads 'Neutered' For Secure Use By US Government
Nothing found :(
Try something else