Watch TV Right On Your iPad

Your iPad As A TV

With the New iPad just released, one has to assume that many iPad 2 owners sold their existing iPads to trade up. Add millions of first-time iPad consumers, and you now have a world with more iPad owners than ever before. Based on that simple fact, it seems necessary to point out that one of the most satisfying experiences on your iPad, regardless of what version you have, is watching streaming content from the web. You are certainly familiar with apps like Netflix, Hulu, and Crackle which allow you to watch television shows and films. YouTube has proven that there is no shortage of web content available to you to watch. But the question is, what is the best way to enjoy it all? Fear not, faithful reader, for AppAdvice is here to show you the best apps to let you enjoy all the streaming content that is available to you. Sit back and read on.

One of the first networks to jump on the iPad bandwagon, ABC’s iPad app is much like their website. Watch full episodes from a number of their popular and current shows, with limited commercial interruptions. Usually you can see a handful of episodes of each show, sometimes “selected episodes”, other times, it’s just the last few that aired. And it’s all totally free, so if there is even one ABC show you like (or think you might like), then this app belongs on your iPad!

The NBC app may be a bit of overkill if you already have Hulu. But if you don't, it's a great way to access recent episodes of shows like SNL, The Voice, Parks and Recreation, Celebrity Apprentice and other NBC staples. Additionally, unlike some of the other lame network apps out there (TBS, ESPN), this app does not require you to verify your cable provider. In other words, you don't need cable to use it. Of all the major network apps out there, this is the best one. Avoid the CBS apps. They are pure crap. 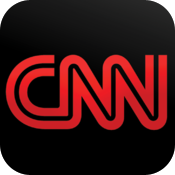 Now you can watch CNN live on your iPad. Catch all of the breaking news anywhere you’ve got a signal. You’ll always be up on the latest with this app. 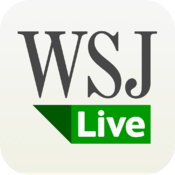 OK, news junkies -- you’re going to want this one too. With live news and on-demand video from over 2000 reporters, you’ll be keeping up with the news in Markets, Tech, Opinion, and more. Access the entire video archive of the Wall Street Journal and lots more in this one incredible app.

If you are looking for quality content on topics that matter, then the PBS app will definitely be to your liking. The app's uncluttered interface offers you free access to fantastic PBS original content such as Nova, Frontline, Antiques Road Show and Austin City Limits, among many others. The app is currently also featuring Ken Burns latest documentary, Prohibition, which is a must see. 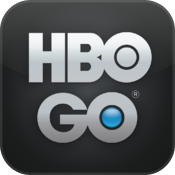 I'm not partial to apps that require you to have a cable provider to use the app, however, with the HBO Go app, I'll make an exception. If you are an HBO subscriber then definitely grab this free, universal app. As I mentioned, you must have your HBO subscription through a participating cable provider: AT&T U-verse, Charter, Cox, Directv, Dish, RCN, Suddenlink, Verizon, or Xfinity. Also, this is only available for U.S. subscribers. If you qualify you will be able to access a steady stream of quality Hollywood films along with a ton of HBO's original content like Empire Boardwalk, Curb Your Enthusiasm, Game of Thrones, and Eastbound & Down along with classic fair such as Deadwood, Entourage, Band of Brothers, and a whole lot more. 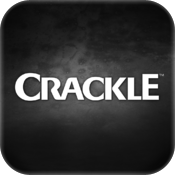 We all are familiar with Netflix and Hulu. Somewhere in between the two is Crackle. The service is free, however, you're going to find your content interrupted by sponsor breaks every so often. Crackle offers a good selection of major Hollywood films that are routinely swapped out along with some nice vintage network shows like All in the Family, Seinfeld, and Married With Children. 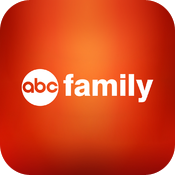 The ABC Family app will have your emo-tween chomping at the bit to catch up on the latest episodes of Switched at Birth, Jane by Design, Secret Life of the American Teenager and other ABC Family Channel favorites. Despite being "kid" friendly, I have to say I actually enjoyed the few episodes I sampled of The Lying Game. Although I can recommend the regular ABC Network app, this one gets special attention for offering some family fare for all to enjoy. 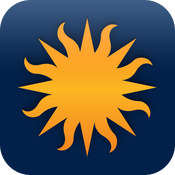 The Smithsonian app stands among the elite due to the simple fact that its production values are of the highest quality. There is a broad range of free documentaries and content ranging from historical to human behavior to travel, live music, and comedy. I was actually surprised at how surprised I was by the content in this app since I have such high expectations of anything with the Smithsonian brand on it, but they have done it justice with this marvelous app. 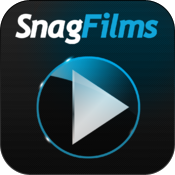 If you're looking for material a bit off the beaten path, then you will enjoy the free SnagFilms app. The app presents a collection of documentaries ranging from cultural and historical topics to films related to gaming and music. The docudramas here have a more independent flavor to them, but if you enjoy documentaries, then you will find plenty to like about Snag Films. 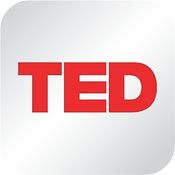 If you are not familiar with TED, it stands for Technology, Entertainment and Design. It is a global set of conferences owned by a non-profit that was formed to disseminate, as they put in their own words, "Ideas worth spreading." In this app you will find countless public speaking conferences from those unknown (to you) and by some well known figures. The enjoyable thing about TED is watching the different ways individuals share their thoughts and ideas. Some do it by simply speaking while others do it through art, music and multimedia. It is not going to appeal to everyone, but since the app is free, it doesn't hurt to take a look. You WILL actually learn something if you do. 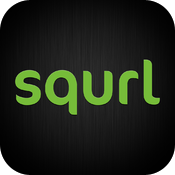 If you are familiar with StumbleUpon then you already can know what to expect from Squrl. Squrl, aside from being cleverly titled, lets you browse web-based video content based on your likes and interests. You select what kind of video content interests you and Squrl will present you with a vast selection of options to choose from. All the hard work is done for you, leaving you with nothing to do but sit back and enjoy. Additionally, you can link up to your Facebook and Netflix accounts and have videos your friends post, as well as movies from your queue ready to watch. This app provides a great way to waste a lot of time.

Another app that's very similar to Squrl, but equally praise-worthy, is Frequency. The major difference here is that instead of selecting the type of content you would like to watch, you select content providers. This makes it a little easier to know what to expect when the app funnels content for you. I personally like the interface and overall look and feel of Frequency over Squrl, but it's really just a matter of preference.

Those of you that use Pandora Radio will instantly be familiar with the way Vodio works. You select some basic interests that you have and Vodio will automatically kick up a playlist of video content for you to watch. As you watch, you can give a thumbs up or down and Vodio will continue to select new content based on what you are enjoying...and not enjoying. Again, it's just another way to get at all the web has to offer and create personalized video streams for you to enjoy. 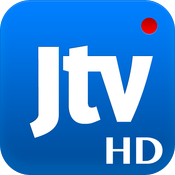 Justin Kan made news by being the first person to "Lifecast" himself by creating Justin.TV. Years later, the site is now a hotbed of live streaming activity to placate the voyeur in all of us. Justin.TV contains some very amateurish content but it also has some content you won't find anywhere else. Having the ability to drop in on a live feed is greatly entertaining, provided you are able to weed through the countless idiots who have no idea what they are doing. Fortunately the app steers you in the right direction by providing you with categories to choose from. The ability to chat online with other users while shows are streaming is a great way to make fun of people who have chosen to plaster their face online for all to see. Please note: as of this writing the Justin.TV app has been having issues with the iOS 5.1 update. I would expect the issue to be resolved in a future update, however, purchase with caution at this time.