You are using an outdated browser. Please upgrade your browser to improve your experience.
by Bryan M. Wolfe
February 15, 2013
We've heard many Apple rumors since the beginning of the year. Some of these have already been debunked, while others seem to be holding on. Here I'd like to take a brief look at the Apple rumor game, and what these mean as we head into spring.

Piper Jaffary believes that Apple will hold an event by the end of April and that it will focus on new iPads. They drew this conclusion not by quoting Apple suppliers, but rather by looking at the company’s past practices, according to AppleInsider. In a note to investors, Piper Jaffary’s Gene Munster concludes that Apple’s next event will be held in March or April. And because “over the past two years, the Spring event has been (about) iPad updates” that will be the focus of Apple’s next event. To reach this conclusion, Munster analyzed product releases by Apple going back to June 2009. Since that time, Apple has held 11 major product launch events.

The average time between the events has been 123 days, about 4 months. The longest amount of time between events since the 3GS launch in 2009 was 216 days (about 7 months), which was the gap between the iPad 2 launch in March 2011 and the iPhone 4S launch in October 2011.

Munster’s analysis, if you can call it that, concludes that Apple’s next event should be held anywhere from the end of February to late May. His conclusion “is an event in between the two, i.e. March or April.”

What this means -- or could mean

I would be quite surprised were Apple to not hold an event prior to this summer’s Worldwide Developers Conference. Still, when someone like Munster is forced to go over past calendars to reach a new “analysis,” we can rightly conclude that no one knows for sure when Apple’s next event will occur or what products it will focus on. It should be noted that Munster's comments mirror ones he posted in November. At that time, he suggested that Apple would launch a Retina display iPad mini, and some sort of iTunes radio product in March. He also expected Apple would unveil a slightly newer Apple TV box. Earlier this week, another analyst suggested a springtime Apple event. Jefferies’ Peter Misek suggested that Apple would hold a special event in March that would focus on the Apple TV. This was quickly shot down by The Loop’s Jim Dalrymple who, as AppleInsider rightly suggests, in recent years has served as “an unofficial extension of Apple’s public relations department.” Dalrymple has yet to comment on Munster’s report. When he does, we will certainly let you know. In the meantime, let me offer my own opinion on what could soon be coming down the Apple pipeline, and why. As I already indicated, Apple is almost certainly going to hold some sort of an event before June. When they do, I’m of the opinion that they won’t use it to promote a new full-sized iPad. Instead, I fully expect a Retina display iPad mini to debut. At the same time, I’ve become convinced that a new Apple TV will also launch. I base this opinion on two factors: For one, Apple seems content with shifting iPad refreshes to the fall, as 2012 proved. Therefore, I expect the iPad 5 to launch ahead of the all-important holiday shopping season and not before. Besides, Apple just released a 128GB iPad with Retina display. Second, the most current Apple TV debuted last March. Waiting until June or later to release a fourth-generation Apple TV sounds a little bit suspect, again, in my opinion.

The rumor game is a dangerous one, and not for the faint of heart. AppAdvice publishes Apple rumors for a number of reasons, and yes, one of those is that they always lead to active discussions among our readers. However, when someone like Piper Jaffray’s Munster begins making conclusions based solely on checking long-discarded calendars, you know that very few people actually have Apple’s ear. Recall that it was Munster that suggested an Apple television would launch by the end of 2012. We all know how that worked out. In conclusion, I’d suggest that everyone take each new rumor with a grain of salt and consider each source. Our job at AppAdvice will be to publish these rumors and do our best to put each one in context. See also: Forget The iPhone 5S, Bring On The iWatch And iTV, It's About Time: Apple Reportedly Experimenting With Designs For Fabled iWatch, and Leaked Rear Panel Images Suggest The iPad 5 Will Look A Lot Like The iPad mini. 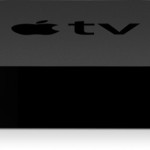 Update: Cupertino Could Be Prepping For Huge Apple TV Event Or Not
Nothing found :(
Try something else