You are using an outdated browser. Please upgrade your browser to improve your experience.
by Aldrin Calimlim
February 23, 2013
We here at AppAdvice, particularly my colleague Bryan, have observed that the rumors surrounding the fifth-generation iPad more or less sound the same. Well, MiniSuit has just joined the chorus. MiniSuit claims that it has begun manufacturing cases for the so-called iPad 5, proof of which is the above photo sent by the accessory maker to MacRumors. As indicated, the photo shows an iPad 5 case side by side with the cases for the iPad mini and the fourth-generation iPad. MiniSuit says that it built the case based on specifications received from "a reliable source," presumably from within Apple's supply chain. The appearance of the case corresponds with the thinner iPad 5 reported by iLounge last month and by Mac o Takara in December last year. The case also points to the possibility of the iPad 5's having a smaller bezel as well as chamfered edges and curves similar to those of the iPad mini. In addition, the case has an extra hole at the back, which is for the iPad 5's relocated microphone. This, in turn, corresponds with the image of the device's rear panel leaked last month by a China-based iPad accessory manufacturer. Previously, it was suggested that the iPad 5 would launch as early as this March. But more recent reports say otherwise, with most pointing to a fall launch. MiniSuit, however, claims that the device will be released in June. 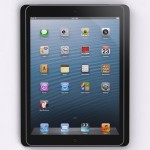 Yeah, We Probably Shouldn't Skip The iPad 5
Nothing found :(
Try something else