You are using an outdated browser. Please upgrade your browser to improve your experience.
by Aldrin Calimlim
February 24, 2013
In December last year, we told you that Mew-Genics, the upcoming game from Super Meat Boy creator Team Meat, is going to be released on multiple platforms, among which is iOS. Back then, Team Meat was in the middle of teasing the game, which appeared to be quite unlike anything we've seen before. Well, the guys behind Team Meat themselves have said that Mew-Genics "isn't like anything we've seen before." After teasing the game Saturday after Saturday, I mean, Caturday after Caturday, Team Meat has finally revealed what Mew-Genics is. According to Team Meat, Mew-Genics is something of "a cross between The Sims and Pokemon with a sprinkling of Animal Crossing and a dash of Tamagotchi." If you can't see the video embedded above, please click here. Team Meat adds:

Mew-Genics revolves around Cats, obviously. We knew tending to these cats in a simulated "cat lady" environment would be the foundation of our design, but the core of what we are trying to do is make a game that feels alive, a game that creates stories as you play where consequences actually mean something...

There's no projected release date yet for Mew-Genics. But rest assured that Team Meat is hard at it, so much so that the upcoming iOS version of Super Meat Boy has been placed on the back burner for the time being. 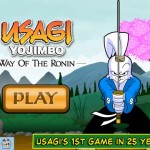 Fight As The Legendary Samurai Bunny In Usagi Yojimbo: Way Of The Ronin 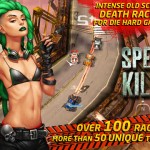 Speed Kills In This Action-Packed Unreal-Powered Race To The Death
Nothing found :(
Try something else