You are using an outdated browser. Please upgrade your browser to improve your experience.
by Brent Dirks
March 19, 2013
Along with releasing the newest version of iOS to the general public, Apple has also just introduced an update to the Apple TV software. Easily the biggest change in version 5.2.1 is a completely redesigned Hulu app. To make the search and discovery process even easier, the app boasts new content categories across the top navigation bar for quick access to a certain section. The new Shows You Watch section also allows users to jump right in to content they’ve already been watching. Finally, captions can be turned on by holding down the “Select” button until the Subtitles and Audio section appears. You can signup for a Hulu Plus, which costs $7.99 per month, in one of two ways. Along with going directly through the website, users can also create an account directly through an Apple TV. After the free, one-week trial ends, the associated iTunes account will be charged the same amount in a monthly recurring transaction. The update also fixes issues that allowed users to execute unsigned code, determine the address of a structure in the kernel, and execute arbitrary code in the kernel. All of those issues were found by the evad3rs, well known for their popular untethered jalibreak solution. Users can update to the latest software version by going to Settings, General, and then Update Software. Follow the on-screen instructions to complete the process. 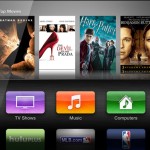 The Apple TV Receives A Small, Make That Smaller Update
Nothing found :(
Try something else