You are using an outdated browser. Please upgrade your browser to improve your experience.
by Aldrin Calimlim
March 2, 2013
Apple's supposedly unassuming Lightning Digital AV Adapter is apparently a computer unto itself, which might explain its $49 price tag. The clever folks over at Panic, the developer of Coda for Mac and Diet Coda for iPad, discovered as much when they set out to investigate what's inside the adapter. In case you're not familiar with the accessory in question, the Lightning Digital AV Adapter is connected to the Lightning port of a compatible iDevice so that it can be used with an HDMI connector. Compatible devices include iPhone 5, fifth-generation iPod touch, fourth-generation iPad, and iPad mini. As they were working on a project requiring video-out, the Panic team noticed that the Lightning Digital AV Adapter had an overall performance that's inferior to that of the old Dock Connector AV Adapter:

We thought we were going insane. This is just an AV adapter! Why are these things happening! Limited resolution. Lag. MPEG artifacts. Hang on, these are the same things we experience when we stream video from an iOS device to an Apple TV… You got it. After some good Twitter leads, and a little digging, we had our theory: Is the Lightning Digital AV Adapter basically a small AirPlay-like receiver?

And lo and behold, the adapter turns out to be powered by an ARM system on chip with 256 of RAM. As such, the Lightning Digital AV Adapter may very well be decoding AirPlay signals rather than letting video data pass through. Click here to read Panic's full investigative report, which comes complete with cliffhanging questions. Panic is actually no stranger to zingy investigative work. In November last year, the Panic team exposed a Minecraft scam app for what it really was: a kiddie building-block game. 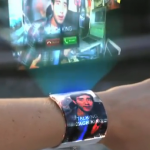 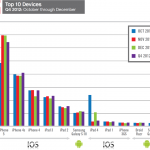 Apple's iOS Reigns Supreme In Enterprise Device Activations During Q4 2012
Nothing found :(
Try something else