You are using an outdated browser. Please upgrade your browser to improve your experience.
by Aldrin Calimlim
March 17, 2013
They've long been used in Flickr, but now they're finally supported in the popular photo sharing service's official iOS app. I'm talking about hashtags, which have just been incorporated in Flickr for iOS through the app's latest update. With the app's newly added hashtag support, you can now add a hashtag in your photo's title, description, or both. What's more, tapping on a hashtag in a photo's title or description automatically searches for public photos bearing that hashtag. Along with the addition of hashtag support in this update comes Flickr's invitation to participate in #FlickrFriday:

Add #FlickrFriday to your photo and instantly participate in Flickr's weekly photo challenge. Details and the weekly theme here: http://www.flickr.com/groups/flickrfriday/

The use of hashtags as a means of grouping posts was established on Twitter back in 2007. But since then, it has been integrated into other social media sites, including Tumblr, Google+, and Flickr's biggest rival, Instagram. And it's said to be coming soon to Facebook as well. Optimized for iPhone and iPod touch running iOS 4.3 or later, Flickr for iOS is available in the App Store for free. After nearly a year without updates of any sort, Flickr for iOS was finally updated to version 2.0 and significantly redesigned in December last year. Since then, it has had three follow-up updates, including this most recent one. [gallery link="file" order="DESC"] 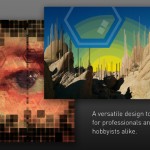 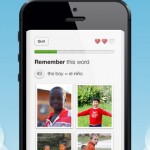 Learn A Different Language On Your iDevice Even When You're Offline With Duolingo
Nothing found :(
Try something else