You are using an outdated browser. Please upgrade your browser to improve your experience.
by Aldrin Calimlim
March 6, 2013
Nimbuzz Messenger, the official iOS client of the popular multi-platform IM and VoIP service Nimbuzz, has just picked its 3.0 update. Nimbuzz Messenger 3.0 introduces several improvements, foremost of which is support for group chat. It's been a long time coming, but I'm delighted to report that it's finally here. At long last, group chat is now supported in Nimbuzz Messenger. With this new feature, you can create or join up to 25 group chats and invite up to 25 buddies in a single group chat. What's more, you can customize your group chats with wallpapers. You can also save them so that they're available anytime. If you can't see the video embedded above, please click here. In addition, Nimbuzz Messenger 3.0 adds a Twitter tab wherein you can simultaneously chat and tweet with your Twitter buddies. Also added are a feedback page and various bug fixes. Unfortunately, a major interface redesign, which the app sorely lacks, is not included in the update. Optimized for iPhone and iPod touch running iOS 4.3 or later, Nimbuzz Messenger 3.0 is available now in the App Store for free. Nimbuzz Messenger is listed in AppAdvice's Instant Messaging Apps AppGuide, which highlights a number of other notable messenger apps on iOS. [gallery link="file" order="DESC"] 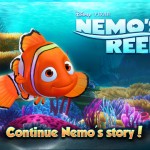 Just Keep Swimming And Finding Treasure In Nemo's Reef
Nothing found :(
Try something else